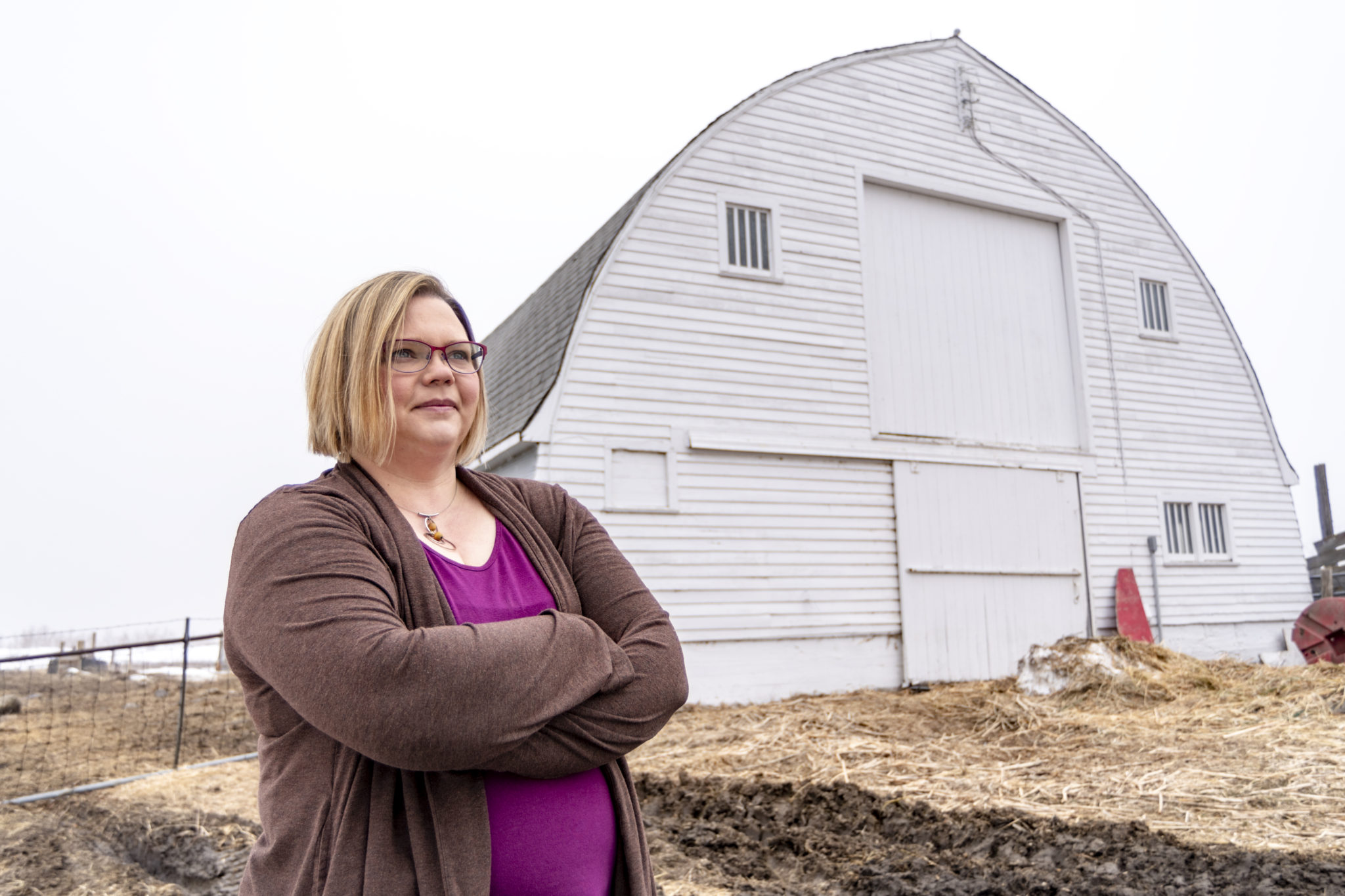 Flipping through Sky Theater is like looking at the South Dakota sky through new eyes. The playful colors, the strong light. Our sky is always there, but sometimes it takes a nudge from someone pointing out its beauty for us to stop and appreciate it all the more. “I didn’t notice it growing up here so much as I missed it when I left and lived elsewhere,” says Heidi Marttila-Losure, author and photographer of Sky Theater. The Frederick native adds, “When I came back it was like, ‘Look at that sunset!’ We can see so far across the landscape and really do have this ‘sky theater’ here.” 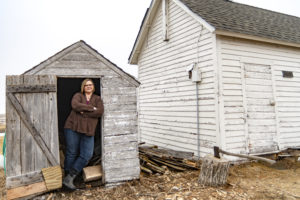 Heidi Marttila-Losure lives and works at the farm she grew up on in rural Frederick.

Heidi’s love for rural places shows up not only in her photography but also in her words. Between 2011 and 2017 she worked as the editor of Dakotafire Magazine, a publication that activated conversations around rural living. Sky Theater is a collection of nearly 50 essays Heidi wrote during that time. Many of them ask big questions for which there are no easy answers: What’s the future of rural places? Can your hometown be better? How can you make it better? Are the Dakotas a dead end? These questions encourage readers to think in new ways and take a closer look at the places they call home. They also make people feel uncomfortable at times. But the essays aren’t an attempt to point fingers or cause conflict in South Dakota’s small communities. Quite the opposite, in fact. It is Heidi’s heart for her hometown, and others like it, that motivated her to bring such delicate topics forward. She says, “When I was writing those editorials, I chose my words carefully and was really thinking about how I’d say something to someone I disagreed with but still respected.” She continues, “I care about all of these things, and it’s because I care about them that I wanted to speak up and say I think there are areas where we can do better.” Just like her photos, Heidi’s writing invites readers to see their rural homes with a new set of eyes, too.

Journalism has been a constant in Heidi’s life for a long time. She attended Concordia College in Moorhead, Minnesota, majoring in English writing and religion. It was here that a teacher inspired her to turn her passion for finding things out into a career. “I really enjoy studying all kinds of things, and journalism is basically getting paid to learn and share what you discover with others. I worked on the student newspaper in college and had an advisor who was a wonderful advocate for what good journalism should be, and she helped guide me in that direction,” she says. After graduation, Heidi and her husband David moved to North Carolina, and then Iowa. Both had grown up on farms, but at the time neither thought it would be possible to make it while living in the country. David’s parents were farming during the 1980s farm crisis and eventually had to move to the city, and Heidi had always assumed that she’d have to leave Frederick to follow her career. Other writers who focused their pens on rural culture started to convince her otherwise. “When we were living in Iowa, I was reading some writers like Michael Pollan and Wendell Berry and I started to think that maybe I could do what I want to do and live where I want to live.”

In early 2008, David got a job in Ellendale, North Dakota, and the couple decided to make the leap back into rural living. With a young daughter in tow and a baby boy on the way, they left behind secure jobs for Dakota Sisu Farm just north of Frederick, the place where Heidi grew up and where her family has lived for 130 years. They soon got to work on converting a former granary into the home they still live in today. Over the past decade, they’ve had many opportunities to delight in farm life. There have been walks on dirt roads, a large garden to maintain each year, and eggs, chickens, pork, and beef to raise. Heidi says, “The best part is being able to raise our kids here. The freedom they have on the farm and the connection that gives them to where their food comes from is one part of that, and another is the community connection. There is a solid group of parents here who are committed to helping the kids with their sports and activities and getting them wherever they need to go.” She adds that in a small town like Frederick, kids get to see the adults actively taking a role in shaping their community. Heidi and David both volunteer, David as a firefighter and Heidi with projects like the Community Foundation and Frederick Forward.

But is there a future for the next generation in rural places? Will kids growing up now be able to find work and make a life here too? “They definitely can have a future here,” Heidi says. “If you look at job boards it might not seem that way, but there is plenty of room here for more entrepreneurial opportunities.” She lists construction or electrician businesses as examples of these possibilities, along with remote positions that allow people to work from anywhere with a Wi-Fi connection. 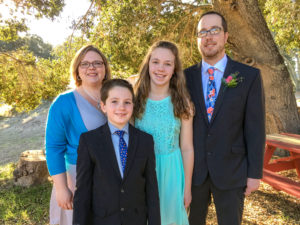 Sky Theater is available at www.dakotafire.net and on Amazon.

Since Dakotafire Magazine printed its last issue, Heidi has continued working from home as a freelance writer, editor, and graphic designer through her company Dakotafire Media. Being a journalist was such a significant part of her identity for so long that trying to figure out what came after Dakotafire Magazine admittedly brought some challenges. “Being a journalist was who I was and how I thought, but now I’m changing and starting to see there are other ways I can add meaning to the world.” Dakotafire Media keeps her busy helping clients from this region and all over the country, and her involvement with her kids’ activities and the Frederick community fills many hours of her days too. Her advice to anyone looking to make their own town a better place to live? “Think about the thing in your community that you are missing, and then ask around to see if anyone else is interested in that as well. An example of this for me lately is singing. I used to sing in college, and am thinking maybe there are other people here who would be interested in getting together for choir activities every now and then too. Feel where the community is, where the support is, and where you can find those other people.” // –Jenny Roth

Sky Theater is available at www.dakotafire.net and on Amazon.