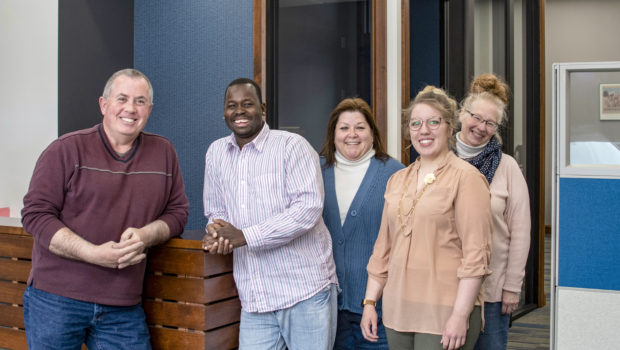 Published on May 1st, 2019 | by AberdeenMagazine

Homes Are Possible, Inc., has made homeownership a reality for hundreds of area families

Like most first-time homebuyers, Lorrie Croucher was feeling mostly excited, and a little overwhelmed, just days before closing on her new house. “I’ve been renting forever, but when you’re renting you don’t really feel like the place is your home. So this is a big step and I’m just really excited for what the future will hold,” she says. The lifelong Aberdeen resident and manager at Goodwill adds that owning her house will give her and her three children their own space, as well as an investment for their future. Homes in Aberdeen have traditionally appreciated in value, and for most people, the largest asset they leave their heirs is their house. But for now, Lorrie is focused on everything this new chapter in life offers her little family at the present. “What I’m looking forward to the most is making memories with my kids in this house,” she says.

Lorrie’s journey to homeownership is just one example out of hundreds made possible thanks to Homes Are Possible, Inc (HAPI). Since getting started in 1999, the Aberdeen nonprofit has built close to 250 homes in town, developed 12 subdivisions, and provided over eight million dollars in financial assistance for things like closing costs and home rehabilitation. And they don’t seem to be slowing down anytime soon, which is good news, because the demand for housing goes hand in hand with citywide growth. Jeff Mitchell, HAPI’s executive director, explains, “Housing is really a key element of economic development. You can’t grow a town, recruit new businesses, or expand current businesses if there aren’t places for people to live.” Research printed in Forbes goes a step further in stating that people who own their home also tend to feel more satisfied and involved in their community. With renting, when your lease is up you can leave, but if you’re building equity in your own home, you’re more likely to put down roots and stay. Lorrie says, “I work here, I’ve lived here my whole life, and now that I have my own house I really don’t plan on leaving anytime soon.” 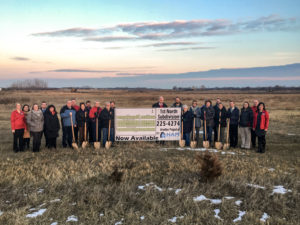 HAPI has expanded its programming over the last twenty years, but it all started with a simple vision. Rodney Fouberg, Juletta Smith, Sister Janice Klein, and Bruce Jones knew from their professional experiences that there were plenty of people in the area who wanted to buy a home but didn’t have the cash to get over the initial hump of making a down payment. The four founders began by raising a small pool of money and creating an assistance program that went toward down payment and closing costs for low to middle-income families. But what they found was that even though people now had a way to cover closing costs, they were having trouble finding quality pieces of property to purchase. Jeff says, “HAPI didn’t intend to be a housing developer, but our board has always been really proactive in that they see a need and work to meet it.”  In 2003, they set up their first housing subdivision south of the main post office in Aberdeen. Their goal was to sell at least 25 lots within three years. Ten months later, every lot was sold. Since then, they have put together several more housing developments in Aberdeen, the most recent being on North Dakota Street close to Holgate Middle School. Construction on homes in this subdivision is taking place this year. Along with Aberdeen, HAPI also serves other communities in about 25 counties across northeast South Dakota.

HAPI subdivisions are a combination of HAPI-built homes and those built by private contractors. Because of this, the often lower-cost HAPI homes are placed alongside more expensive ones. For example, at the time of this publication in their subdivision by Aberdeen Central, they had a home priced at $170,000 just a stone’s throw away from one on the market for $349,000. According to Jeff, this is an intentional maneuver that encourages blended neighborhoods with a variety of people living in them. He adds that HAPI’s profit margin on a house they build is a fraction of what a for-profit company would make. “Income is not our driving force, it’s not our purpose. Our purpose is to provide housing and related services and help families build wealth through homeownership.” An annual fundraiser covers most of their operating costs, while grants and their housing work generally fund their programming. In this way, HAPI’s success is tied directly to Aberdeen’s, and so far they have become one of the largest developers of affordable housing in the region. 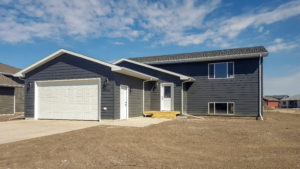 A HAPI-built home in Aberdeen. Photo courtesy of HAPI.

All of HAPI’s homebuyers go through a homebuyer education class. Lorrie says it helped her understand her options and learn about the purchasing process. “It’s very valuable and full of good information, you learn a lot.” Along with building homes, developing subdivisions, and helping with down payment and closing costs, HAPI has assisted people in completing home repairs for close to a decade. This year for the first time they’re also able to help Aberdeen residents ages 62 and older with more extensive repairs, such as foundation and multiple system issues. One challenge HAPI continues to face is finding land suitable to build houses on due to natural and man-made barriers. Jeff explains, “The wetlands and water we have in this area don’t always lend themselves very well to construction.” HAPI’s board of directors and staff continue to learn as they go. They rely on the expertise of area professionals when it comes to deciding where to build and how to fund their projects. Their board members work in banking, real estate, engineering, construction, and more housing-related industries.

Lorrie heard about HAPI through their Facebook page and decided to take the next step by going to their office and finding out more. She encourages others considering homeownership to do the same. “I definitely recommend it. You don’t know what is possible unless you ask questions, and everyone at their office is just really helpful. They walked me through everything I needed to do.” // –Jenny Roth

You can learn more about Homes Are Possible, Inc.,
by calling 605-225-HAPI, stopping in at their office at 320 S. Main Street, or by visiting www.homesarepossible.org.