People
Set Up for Success
By Deidre Kalec | March/April 2019 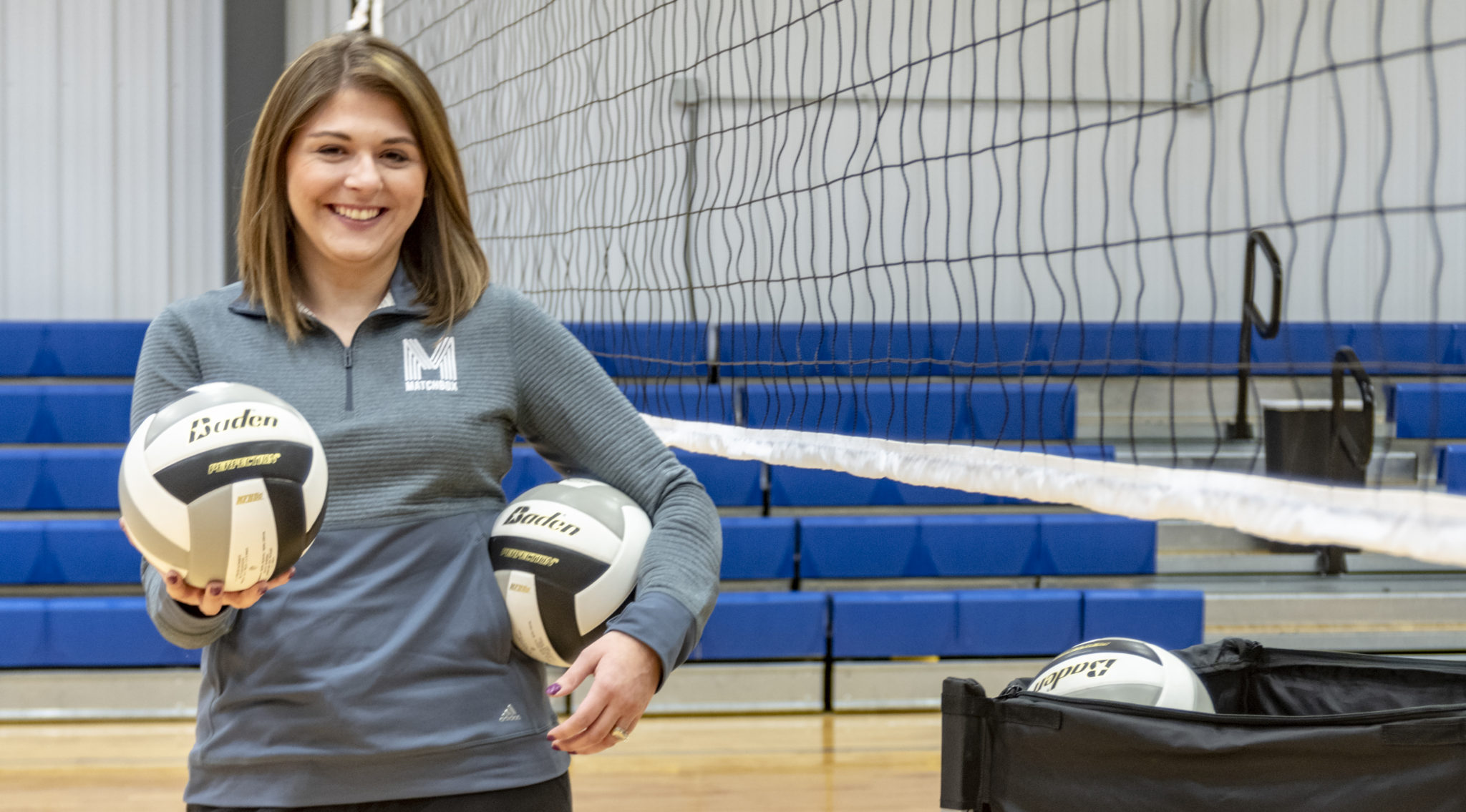 On any given day, you can find a volleyball rolling around the back of Alexz Smith’s car. Smith has to keep her vehicle stocked with volleyball essentials at all times because she and her Matchbox Volleyball Club are currently gym hopping around the Aberdeen community. Gym space is extremely limited, requiring a reservation at least one year in advance.

Thankfully, all of that is about to change. Matchbox Recreation, established in September 2017, will soon have a place to call home. Their 12,000-square-foot building, which will not only be set up for volleyball, but basketball, pickleball, and indoor soccer as well, is scheduled to be complete by May of this year. While the concept of a private athletic facility is new to this region, it is something commonly seen nationwide.

But what Smith describes so passionately is about much more than just a building. Smith herself began playing volleyball at a young age. In fact, she doesn’t ever remember not playing. In 2005 and 2006, she was a part of two championship teams with the Northwestern Wildcats. A few years after graduating, she came back to be the assistant coach at her alma mater, alongside Nora Groft.

After being mentored by Groft, Smith had a strong desire to pass on the torch. Her program focuses on the development of not only the athletes, but the coaches as well. “That’s exactly what this is,” Smith explains, “Volleyball coaches creating new volleyball coaches, and volleyball players creating new volleyball players.” Experienced coaches are paired with young coaches where they are encouraged to learn from one another in an effort to create a new generation of elite coaches. Smith takes great pride in her endeavors and is confident in the work going on. “The best part of our program is our coaches,” she says. Groft and Hayley Swenson, the assistant coach at Presentation College, are among the twenty coaches at Matchbox.

The recruitment and retention of female coaches is an issue Smith has been focused on for years. Coaches, across the board, are predominantly male. In the United States, you will find that only 39 percent of volleyball coaches are female. South Dakota aims to sway the nationwide percentage, with 80 percent of our volleyball coaches being female. Smith credits this increase to the growing popularity of volleyball in South Dakota.

Volleyball is currently the top girls team sport in the state. Because of this, Smith saw a growing need for off-season opportunities for the girls to play. “I felt God call me to serve the volleyball community,” she shares, “and I’m here to serve through sport instruction.” There are over 200 athletes in the Matchbox Club program. It is designed for ages 8 to 18 and consists of 2 to 6 month seasons, based on the age of the participant. The pay to play competition includes both practices and tournaments. And not to leave the boys out, there will be a volleyball program starting for them in the fall of 2019.

Along with the volleyball club, Matchbox also offers private lessons and small group trainings. Club members receive these lessons at a discount. In the future, the Aberdeen community will likely see numerous youth and adult tournaments run out of the Matchbox Recreation Center. Their front foyer will be set up with restrooms, concessions, and their Matchbox Pro Shop.

Smith designs all the gear for Matchbox, right down to the logo, font, and colors. How did she come up with the name, you may ask? “Don’t overthink it,” she jokes, “it’s a box where matches are played.” However, the logo itself has a little deeper meaning for her. She chose the font and colors because they are her favorite, an intentional decision to remind herself that this business venture is an extension of who she is and something she can be proud of.

Smith, her husband Ben, and their two-year-old son Ellett feel at home in Aberdeen. “This is the community that has supported me my whole life and it’s my turn to support the community,” she says. She is sincerely looking forward to sharing this new opportunity with the Aberdeen area. And while Smith’s entrepreneurial spirit, knowledge of the game, and thirst for excellence are palpable, it’s her love for her coaches and athletes that will make this building feel like home. // –Deidre Kalec