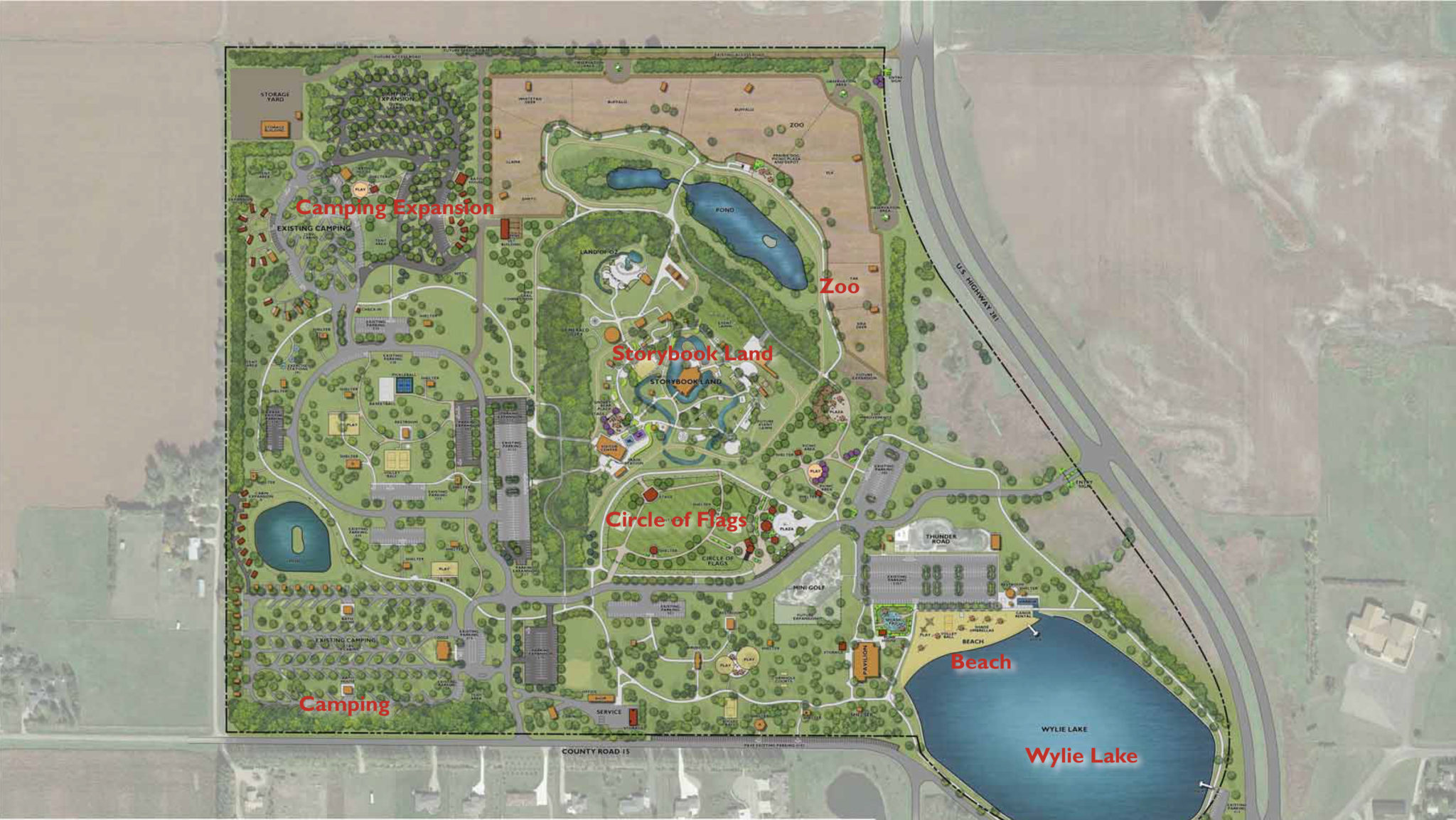 Wylie Park is a main attraction in northeast South Dakota, drawing in crowds of visitors and locals alike in the summer months. The last time the park’s master plan got an overhaul was in 1987, so recently Aberdeen Parks & Rec developed a new plan that is packed with well-deserved improvements and expansions. Open meetings and an online survey were used in getting the public’s input for these developments.

One notable proposed enhancement is a revamp to Wylie Beach. The plan lists the addition of a spray park or splash pad and more shaded seating for this area. Campsites at Wylie often sell out on weekends. For campers, the park would like to put in more cabins, RV spots, and amenities, such as charging stations for tent sites. The plan also incorporates an outdoor fitness course and pickleballs courts, replacement play structures and picnic areas, and infrastructure improvements to gutters, parking lots, and access roads. // — Jenny Roth

Wylie Park’s master plan is expected to be finalized by the end of June. To see it in full, go to www.aberdeen.sd.us/1130/Wylie-Park-Master-Plan.