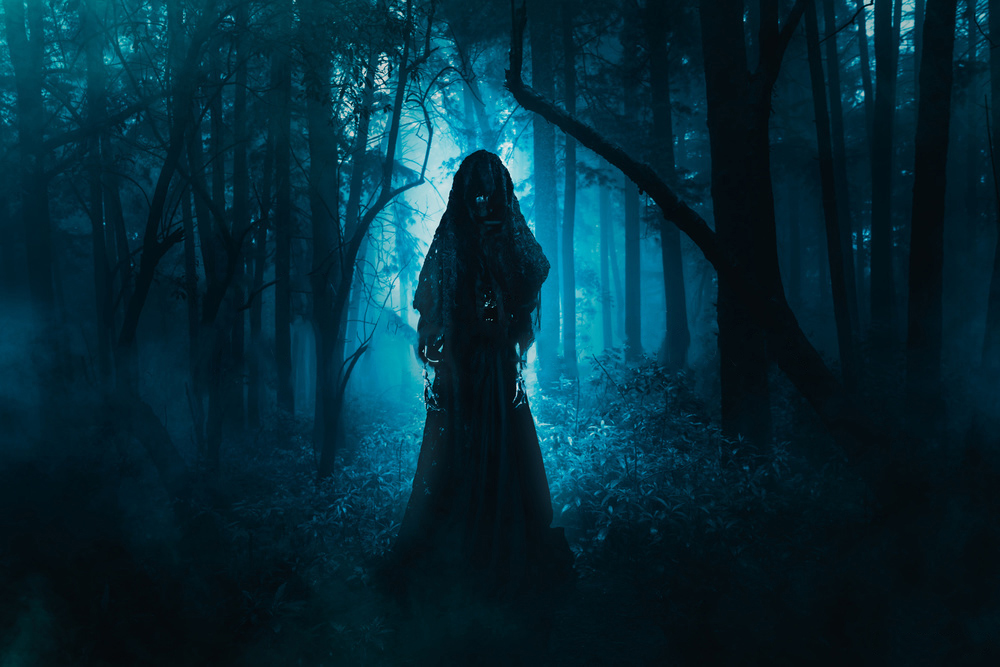 ABERDEEN, S.D. – In the summer of 1953, the boys at the YMCA’s Camp Wisagoma on Pickerel Lake were enjoying their evenings singing camp songs, performing skits, and hearing stories while gathered around the campfires. They were probably about nine years old, and they always asked for some ghost stories. In response, my cousin Chuck Kirkpatrick, who was the senior camp counselor, told them the Harmetta story.

As he told it, Harmetta was the ghost of a woman who had lived near the lake and had always been considered very strange. After her mysterious death, there were rumors that her ghost was sometimes seen around the lake and that she actually lived in the lake. Her ghost was frightening in appearance, with very long, very sharp fingernails. She was known to catch young boys, cut a circle in their chests with her sharp fingernails, and then pick out their hearts and eat them.

Chuck told this story with great enthusiasm, and the boys were spellbound by his telling. After the story, he scheduled a hike to the area where Harmetta had reportedly been seen. He questioned the boys to be sure they wanted to go and, predictably, they were very brave and eager to go. As it began to get dark, Chuck once again gave the boys the option of staying behind, but of course they were all too brave. Using flashlights, they started their hike along the northwest corner of the lake, north of what is now the Pickerel Lake Recreation Area.

My part in this is that I was Harmetta. My gear consisted of an old, Northern State terry cloth sweater with rags sewn on to hang off the arms, a diving mask and snorkel, a pair of bleached deer antlers, and a small anchor with a rope. As the boys started their hike, I drove to the area and walked to my designated appearance location. The lake was shallow for quite a ways, and I went about 40 yards out to where it was about five feet deep. I then put on my dive mask and snorkel, piled seaweed on my head and arms, tied the anchor rope around my waist, and grabbed my deer antler fingernails to get ready for my ghostly appearance.

When the campers were within shouting distance, I let out a loud shriek and pulled myself under water with my anchor rope (the snorkel was too small to be seen from the shore). A couple minutes later, I rose enough to see the campers approaching and saw their flashlights desperately searching the water for any sign of Harmetta. I let out another shriek and went back under the surface. When I figured they were on the shore right in front of me, I stood up with my arms outstretched to show my long antler fingernails and gave my best blood-curdling scream. I could hear the campers shouting, “There she is, there she is!” And all their flashlights quickly focused on me. I then began splashing my way toward them in a deliberate manner while screaming and with my arms outstretched. My anchor was not heavy, so I could drag it along with no problem. When the campers realized there really was something frightening coming from out of the lake right at them, the gravity of the situation sank in. The flashlights suddenly turned away from me and onto the hiking trail as the boys took off high tailing it toward the safety of the camp, shouting as they ran.

This kind of teenage boy prank would probably be too scary today, but Chuck and I were quite proud that we had managed to pull it off so successfully several times for two summers. The campers who were there and saw “Harmetta” are now about 65, and some still tell the legend of Harmetta, The Pickerel Lake Ghost. // –Ken Kirkpatrick