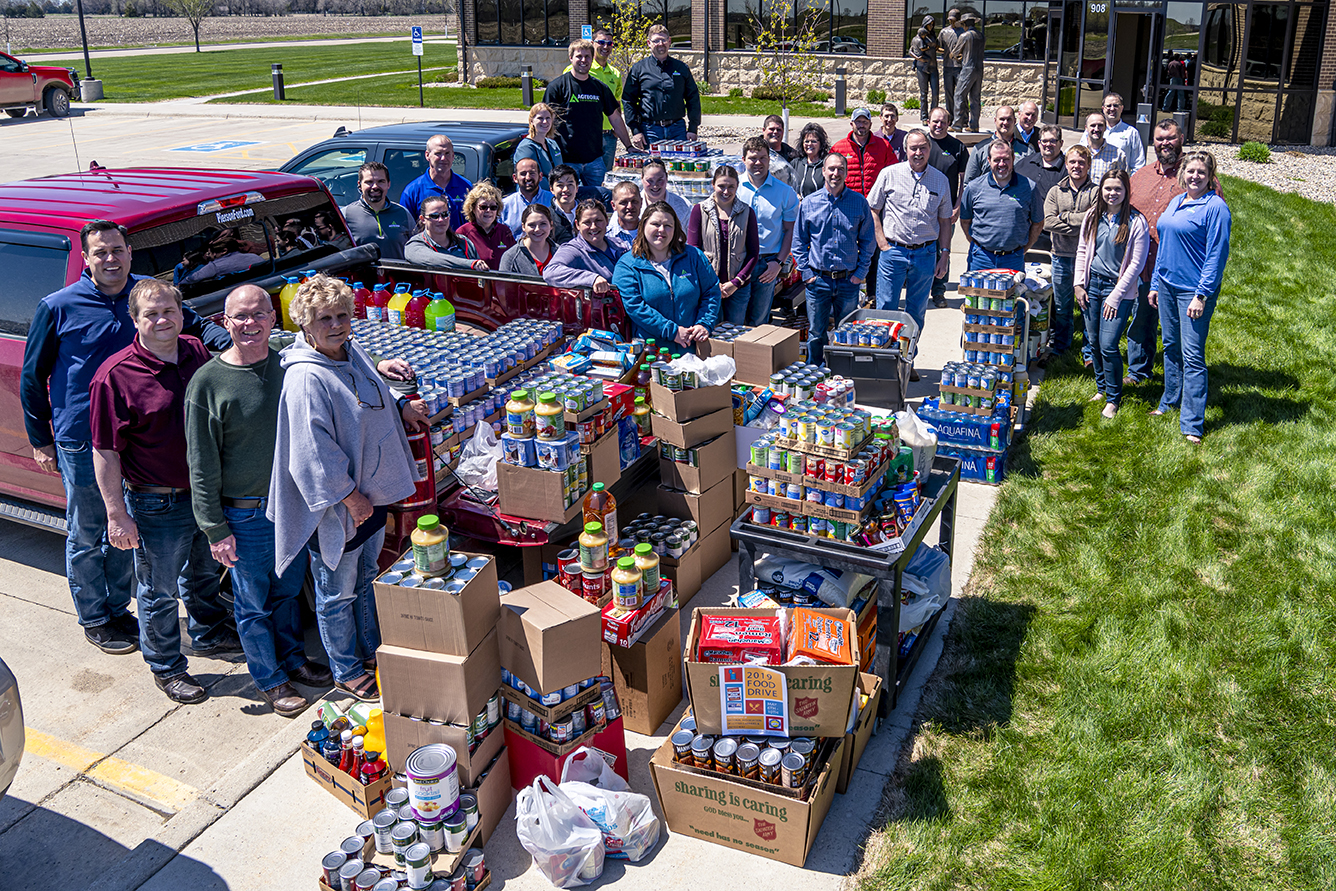 ABERDEEN, S.D. –Twenty-five thousand four hundred and fifty-five. That’s how many pounds of food the Aberdeen community donated to local food pantries in May. The number means a lot, not just because it broke the record for the most pounds of food gathered since the drive started 26 years ago, but because it guarantees that the shelves at places like the Salvation Army and the Journey Home will be full for at least six months.

Hunger isn’t something we see out in the open in Aberdeen as often as we would in larger cities, yet it still exists. Angie Cleberg, executive assistant with the United Way of Northeastern SD, explains, “A lot of people donate to food banks during the holidays, and by May their supplies are starting to get depleted again. This drive is scheduled for spring to fill all those shelves back up with enough food to last until the holidays come around again.” Nationally, the United Way partners with the National Association of Letter Carriers to host this Stamp Out Hunger Drive, which is the largest single-day food drive in the country. It’s an event that literally everyone in Aberdeen can take part in without even having to leave their house. A few days before the food collection, letter carriers place a bag in every mailbox in Aberdeen and the surrounding rural area. That’s the signal for residents to fill those bags with any nonperishable items they can and then place them back by their mailboxes. Later in the week, letter carriers pick up the bags and deliver them to the post office where all the food gets sorted and distributed.

This year, schools and businesses held competitions to see who could donate the most, while everyone from Boy Scouts to individual families to restaurants volunteered. Angie says, “The best part is how every single person can participate in this event, and how much the people in Aberdeen are excited about it and take ownership of it.” // — Jenny Roth

For more information on the Stamp Out Hunger project, visit the United Way’s Facebook page at www.facebook.com/unitedwaynesd