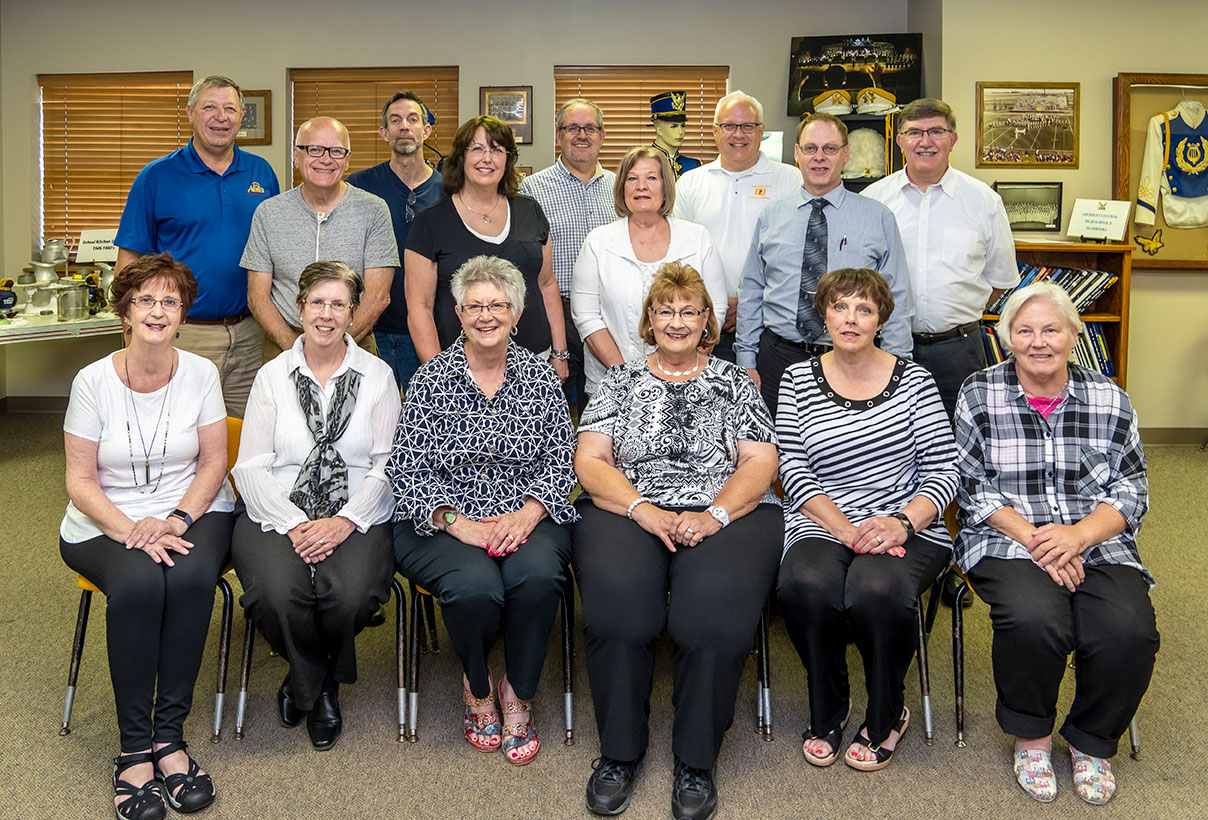 The Aberdeen Community Concert Association (ACCA) has been the premier organization bringing musical performances to Aberdeen since 1938. To celebrate their 80th year, this season they are hosting both a crowd favorite and a special feature.

Aberdeen knew the organization as the Aberdeen Civic Music Association until 1957, when it transitioned to affiliation with the Community Concert Organization. In 1965, the ACCA was restructured into a nonprofit, and since 2004, they have worked with Live on Stage to bring high-quality performers to Aberdeen.

Bea Premack, who served on the ACCA board for 18 years including being chairwoman from 1963-1968, emphasized that the ACCA has always been a major leader in bringing high-profile performances to Aberdeen, especially in the years before the city formed other organizations for the musical arts. “There were world-renowned musicians, choruses, symphonies, and ballets,” she said. “Community Concerts has just been a wonderful organization for a lot of years.”

Collaborating with orchestra, city band, and choral groups throughout Aberdeen, the ACCA remains important in connecting the local arts community with performance and attendance opportunities. They also work with local schools by partnering with NSU to host the South Dakota Jazz Festival and by inviting area students to free matinée performances each season.

From her involvement in the 1960s, Bea recounted memories of the organization that she said sparked an appreciation for the arts in Aberdeen as couples, families, and large college groups attended the performances and connected with national and worldwide musicians. “One of the things that was so wonderful about working with this organization is you had an opportunity to meet some of the most famous people in the world,” she said.

Cellist Leonard Rose performed in Aberdeen on November 23, 1963, the day after President Kennedy’s assassination. After the show, board members gathered in the Premack’s living room in front of the television, listening to Rose reflect with them on his memories of performing for the Kennedy family.

“Of course, one of the treasures for me was that during the years that I was active, the performers—many of them—were from the Metropolitan Opera,” Bea said. She recalled how “one of the most famous stars in the world,” Richard Tucker of the Metropolitan Opera, performed a sold-out concert in the Civic Arena in 1967. Afterward, Bea hosted a reception in her home, and in a twist of scheduling, the reception included only Bea, her husband Herschel, Richard Tucker, and his accompanist. “We had a solo performance,” Bea said. “He sang to us in our home.”

That night was the start of a personal relationship between Tucker and the Premacks, who later visited him backstage at his Minneapolis performance. At Tucker’s death in 1975, his wife wrote a personal letter to the Premacks thanking them for their friendship. “It’s just amazing that she would have done such a special thing,” Bea said.

The frequent appearance of Metropolitan Opera singers stands as a testament to the historic quality and high status of
ACCA concerts.

In addition to their regular season, the ACCA will host the Medora Musical’s touring Christmas variety show on Sunday, December 1, at 4:00 PM at the Johnson Fine Arts Center. Ticket sales open in October. “That will be something special. It will be an addition to our season,” ACCA President Gene Morsching said. “We hope it will be a positive impact on our group, for our members, and for the community.”

At last year’s Medora Musical Christmas performance in Ipswich, Brenda Lanphere, ACCA executive secretary, knew immediately the traveling show of six performers accompanied by a technical crew would fit perfectly as an 80-year ACCA celebration. The inspirational comedy’s Christmas message and its effect on the audience captured Brenda’s interest in the group. “It’s a wonderful experience,” she said.

The Medora Musical brings their own sets, costumes, and instruments to provide quality music from traditional carols to inspirational Christmas songs. The Christmas cast plays guitar, banjo, saxophone, and piano along with a mix of male and female voices. This special performance will also double as a fundraiser for the ACCA. “It was just an avenue for us to bring in some additional entertainment to help sure up our funding, so we don’t have to raise membership prices,” Brenda said. “That’s the biggest thing, to keep them low and affordable for families.”

Continuing an era of classical concerts, the ACCA’s fall performances show variety in style and size with The World Famous Glenn Miller Orchestra and the quartet Sons of Serendip. “Variety, I think, is one of the goals for community concerts,” Gene said. “Variety of music, and the variety of entertainment we provide for the community and for our members.”

To kick off ACCA’s 2019-2020 season, The Glenn Miller Orchestra will perform on Thursday, September 26, at 7:00 PM at the Johnson Fine Arts Center. “They’re phenomenal,” Gene said. “Their music and artistry are incredible. They’ve got great musicians and every time we have had them it’s been a huge success.”

Sons of Serendip, who participated on America’s Got Talent in season nine, will perform at the Johnson Fine Arts Center on Tuesday, November 19, at 7:00 PM. Alongside stories and audience participation, the quartet uses harp, piano, cello, and vocal music to interpret popular songs.

From both well-known fall shows, to the Medora Musical special performance, ACCA’s 80th season continues its historic goal of bringing a variety of quality music ensembles to Aberdeen. // –Jenifer Fjelstad