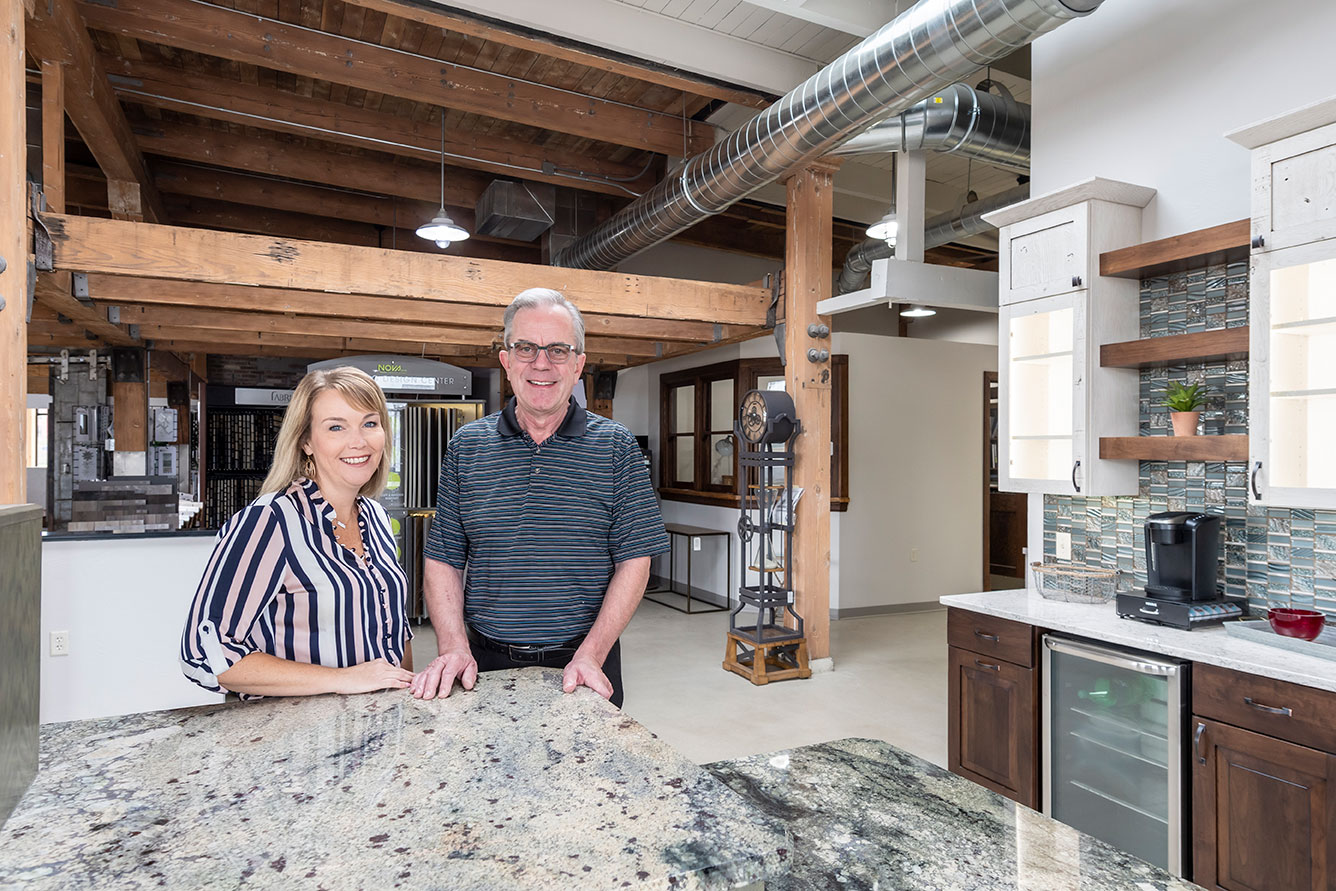 An Aberdeen classic has fallen into capable hands. 21 North Main Street was first the site of a John Morrell meatpacking plant built in the 1930s. Additional square footage was added to the structure in the 1960s, followed by a warehouse later on. Today, it is the newly remodeled showroom floor for two longtime area businesses, Interior Design Concepts (IDC) and Grassland Granite.

Dave Arlt has owned IDC for over 45 years. If it involves interior design—countertops, flooring, paint, light fixtures, window treatments, and more—they have both the products and the expertise. This is the fifth location for the business since opening their doors, and Dave says it will be his last. In September, he will officially transfer ownership of IDC to Jill Fonder, an interior designer with over 30 years of experience in the industry. Sharing the new location with IDC is Grassland Granite, a premium granite, quartz, marble, slate, and onyx manufacturer that has been in operation since the early 2000s. Grassland Granite’s natural stone products are custom-made and sought after across South Dakota and worldwide.

IDC and Grassland Granite spent almost a full year transforming the former Morrell building into a showroom-worthy space. They kept much of the original woodwork, beams, light fixtures, and doors in their design, even exposing the walls back to the original brick. Along with preserving the old, they added new updates like windows, a fresh coat of exterior paint, and HVAC.

The new storefront allows the two businesses, who often work together, to serve customers under one roof and to keep their warehouse materials on site. It also gives an old building a bright future. Dave says, “Mostly, we fell in love with the building and thought it was worth restoring instead of being bulldozed. We saw the potential in it.” // — Jenny Roth

For more information on IDC and Grassland Granite contact Jill Fonder at [email protected] or 605-229-0510.