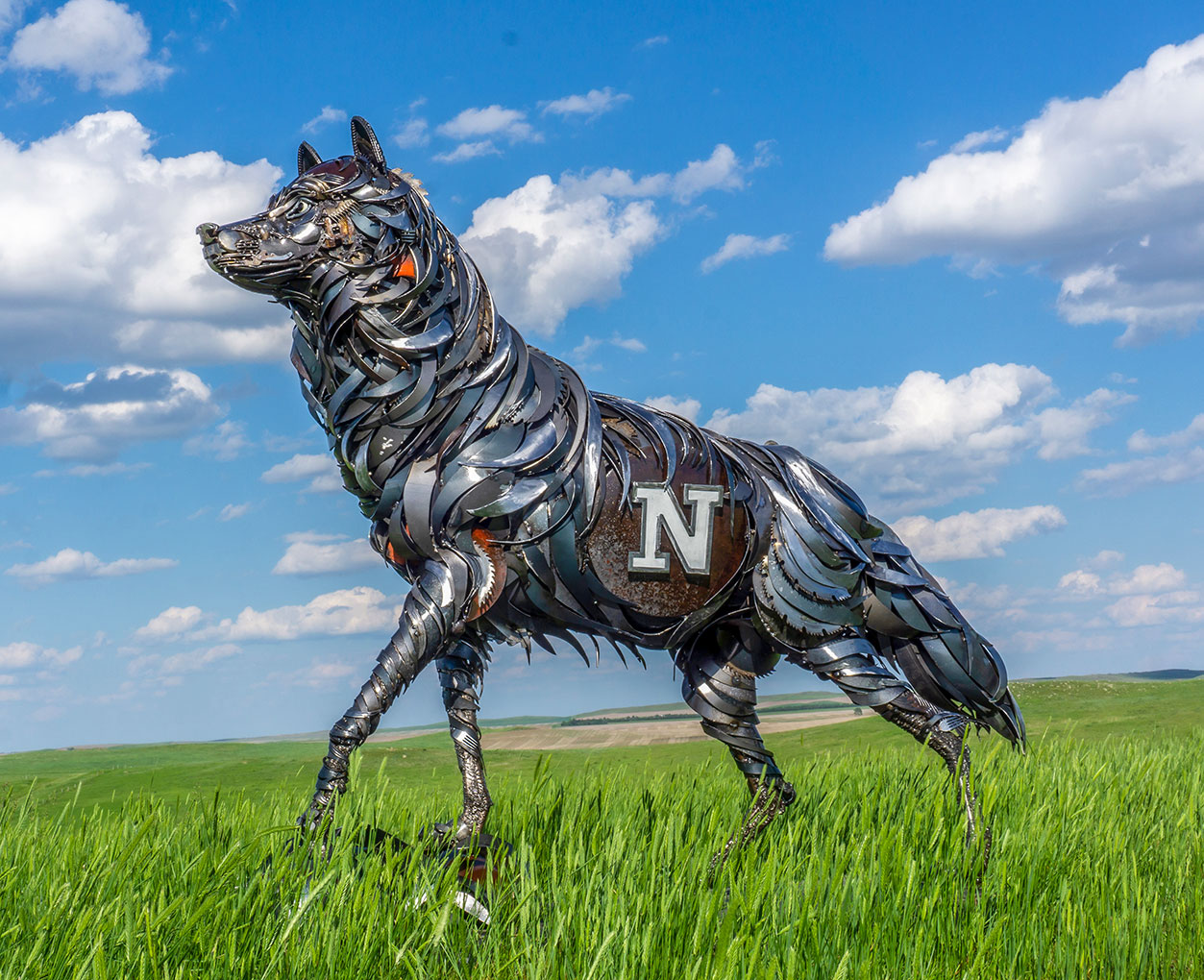 ABERDEEN, S.D. – Aberdeen’s universities make up the heart of the city. Fittingly, NSU is adding a sculpture to their campus made by a world-renowned artist who discovered his heart for sculpting at the university.

John Lopez studied commercial art and mass communications at Northern for two years in the early ’90s. He says it was here that he began to love bronze casting and sculpture. “I cast my first couple of pieces under the direction of Lynn Carlsgaard, who was my instructor at the time. After that, I was totally in awe of sculpture and started pursuing a career in it.” That career has turned into a remarkable one. After gaining experience in bronze casting, John began creating sculptures in his own way—by welding together salvaged pieces of scrap metal. Many of his works in this now trademark style are on display at the Kokomo Gallery and adjoining sculpture gardens located in his hometown of Lemmon, South Dakota.

John’s first sculpture in Aberdeen will be a life-sized wolf, set to be unveiled on the NSU campus outside the new Harvey C. Jewett IV Regional Science Education Center on September 12 at 3:00 PM. The mascot is made from sheet metal and found objects, some of which may be surprising. “The goal was to capture the motion of the wolf’s fur— the energy and flow of it. Ironically, I used blades that are used to shear sheep to get that effect,” he says. John also added an “N” to the wolf’s side to represent the university and gave him a confident, forward-looking stance and metallic finish that shines even from a distance. A private family donor made the project a possibility for Aberdeen. // — Jenny Roth

To see more sculptures by John Lopez visit www.johnlopezstudio.com or stop by the Kokomo Gallery in Lemmon, open Monday through Saturday from 10:00 AM to 3:00 PM. You can also view John’s sculpture of Chief Red Iron at the Granary Rural Cultural Center.