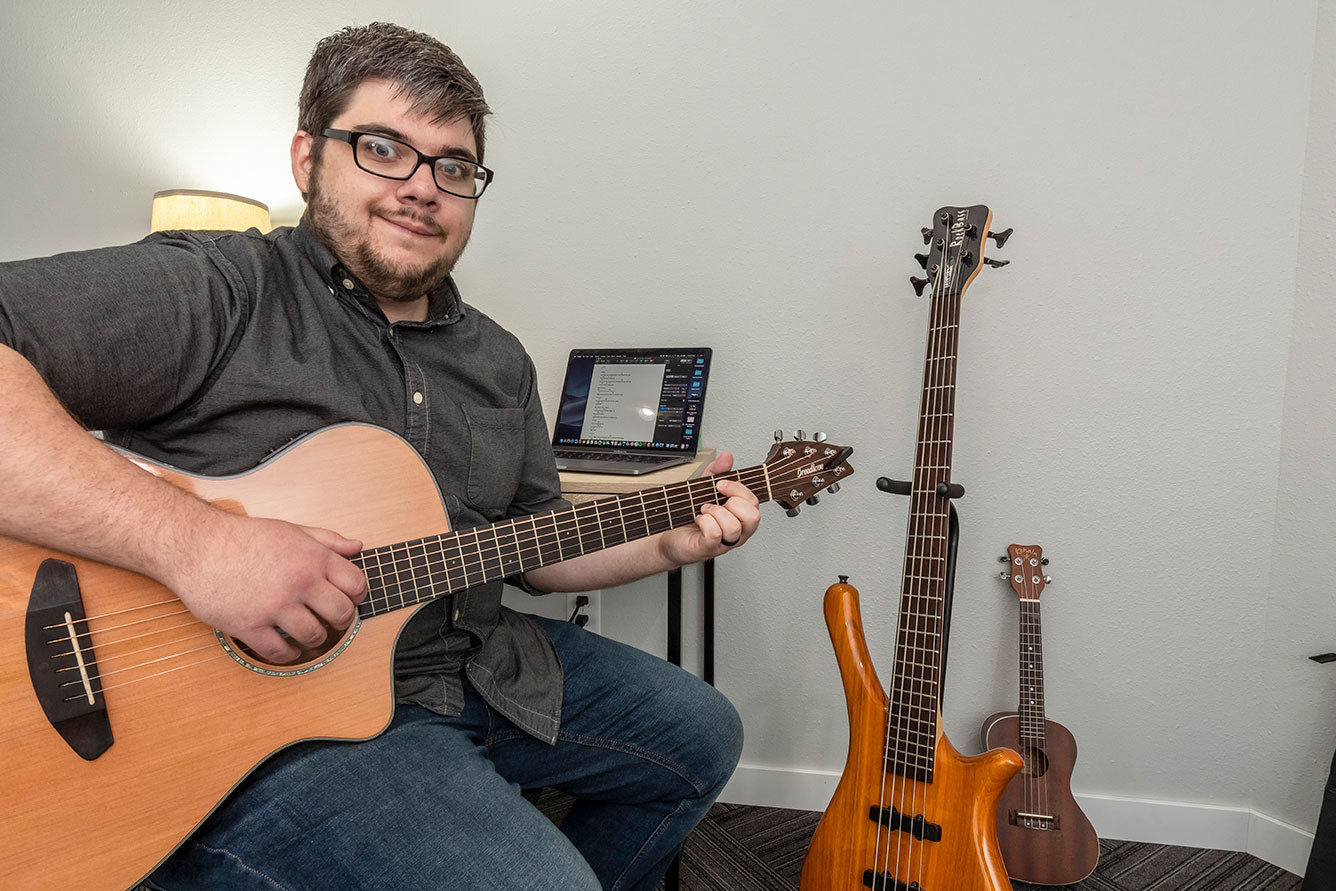 ABERDEEN, S.D. – What is the one thing every musician looks forward to? Performing! With that idea in mind, Andrew Grandpre has founded Dakota Music Academy in Aberdeen. Andrew, who previously taught at Aberdeen Christian School, brings years of both music performance and instruction to the table. He says Dakota Music Academy offers traditional instrument and vocal lessons, but with an added option of joining their Headliner program. Here, students can team up with their peers and get coaching on performing as a band. “The most motivating thing is getting to play in front of an audience—with the sound system and the lights. And that’s really the heart behind the academy, to get kids working together and to create a culture of people who want to play music,” Andrew says.

Dakota Music Academy offers another twist on the original. Recognizing that students want to play the music they like listening to, they have a variety of instructors who give lessons in modern instruments such as the guitar, digital keyboard, bass guitar, and drums. “We understand music theory really well and combine that with a student-driven curriculum so they can play the music they love and learn those fundamentals,” Andrew explains.

The academy is making its home in the basement of the Ward Hotel building at 104 South Main Street. They have completely renovated the space to include a recording studio, three lesson rooms, a waiting area lounge, and up-to-date equipment. Students of all ages (not just kids!) and abilities are welcome. About his new endeavor, Andrew says, “It is the scariest thing I have ever done but equally rewarding. Our hope is that our students keep doing music for the rest of their lives—whether that’s a full-time career or simply playing at their place of worship or in a weekend band.” // — Jenny Roth