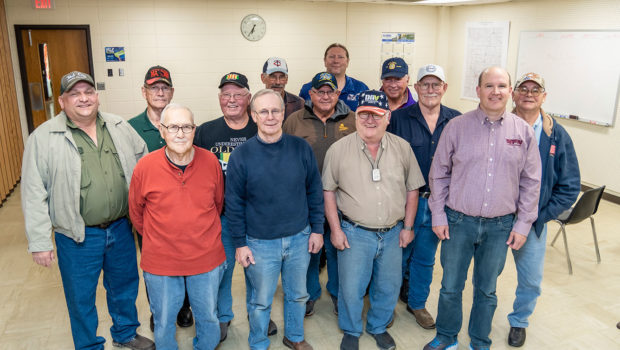 Members of the Disabled American Veterans (DAV) used to gather at the VFW building in Aberdeen. A few years ago, though, that building was sold, leaving the group without a place to hold their monthly meetings. As far as numbers go, the DAV isn’t huge, but they are very active in caring for their members and other community veterans. They hold a motorcycle run for disabled vets, as well as a Forget-Me-Not Drive. They also operate a van that gives veterans free rides to and from appointments at the Sioux Falls and Fargo VA Hospitals. For now, the DAV hosts its monthly meetings at the Plymouth Congregational Church. But a space of their own is something they have been hoping to find for years. It would make it easier for members to meet and plan local events, as well as give them the opportunity to host larger regional and statewide events for their organization.

The DAV’s story is similar to that of several veteran organizations in the Aberdeen area. In all, roughly 5,000 veterans live in Brown County. Five of the major groups that support them—the DAV, Veterans of Foreign Wars (VFW), American Legion, Marine Corps League, and The Forty and Eight, are without a permanent facility of their own.

Instead of each trying to find and maintain their own building, these five groups decided to do what veterans are known for—work together and take care of their comrades. In doing so, they formed one organization that represents them all, Aberdeen Area Veterans, Inc. (AAVI). After years of careful planning and consideration, in 2020 AAVI will kick off its capital campaign to fund a monumental project: the construction of the Aberdeen Area Veterans Memorial Center. 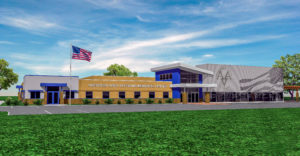 The center, designed by HKG Architects, will be located on North Roosevelt Street just east of Kirk’s Auto Repair. At 19,500 square feet, it will be a place for veterans, their families, and their community. For veterans, it will house office, meeting, gym, and recreation spaces that they can use free of charge. To welcome their families, it will also have a large outdoor area and a park, and undeveloped space so future generations can create what they need on site in the years to come. For the community, it will have a kitchen to host burger and steak nights and rooms large enough for events like weddings and small conventions. Dennis Nelson, post commander with the VFW in Aberdeen, says he hopes the building will be an attraction for visitors, too. “I’d like for it to include information about the wars veterans from this area have fought in and pieces of our history, so that it will be something that attracts people and has them telling others how they have to come and see this.”

The dream of having a veteran’s building in Aberdeen has been a long time coming. It started out as an idea scratched onto paper by a few veterans and has since only grown in support. President of the board for AAVI, Sean Johnson, says the building’s main purpose is to give all veterans a place of their own that is always open to them. “That comradery when veterans gather together is a special thing. This center will give veterans of all ages somewhere to have conversations and to also participate in social activities. We’ll have things like pool and darts and the gym for the young people, and a spot to grab a coffee for the older people who want to sit and visit.”

Staying engaged with each other and in their community is vital, especially when it comes to mental health. Sean says, “When veterans come home from a combat situation and aren’t getting out of the house and aren’t getting involved with things, that’s when depression and the suicide risk increases. Engaging with other veterans who understand you is so important.”

AAVI purposely included “Aberdeen area” in the center’s name. Veteran groups in the small communities surrounding Aberdeen are seeing dwindling numbers and aging members. If those posts close, it leaves rural veterans without much support. The new center will offer them the chance to join one, or several, veteran groups under a single roof.

It will take at least a few years for the Aberdeen Area Veterans Memorial Center to be complete. Their next step is launching their capital campaign and raising the about $5 million needed for construction. Once the building does open its doors, the sky is the limit for the ways it will serve veterans and eastern South Dakota as a whole. // –Jenny Roth

The Legacy of Senator James Kyle →

No, We Don’t Just Tell People No →