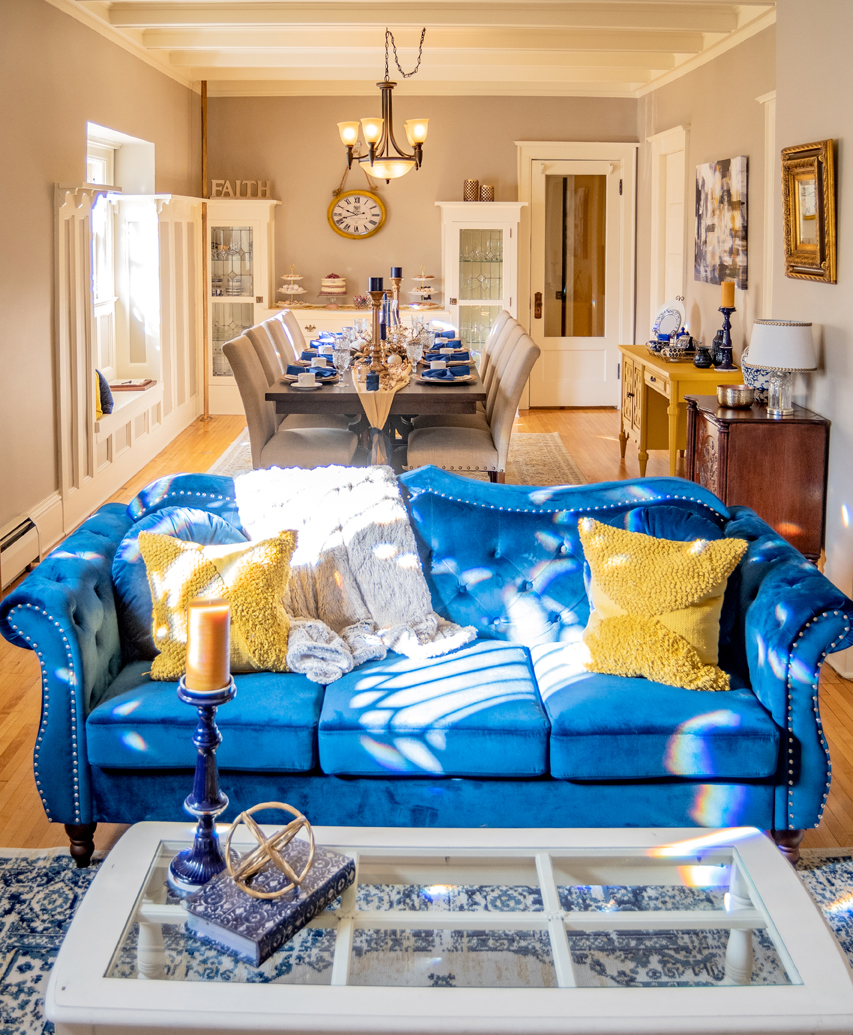 The Kurtz Family are the newest owners of this passionately preserves Aberdeen historic treasure. 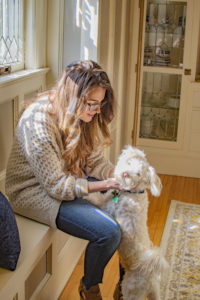 Melissa and Danny Kurtz are new to the 110-year-old house at 1215 N. Main. The young couple purchased the house just over a year ago, mainly because of Melissa’s passion for old houses. Danny was particularly attracted to this old house because it was immaculate, and move-in ready. There are a handful of Aberdeen’s historic houses that are in this good of shape. They are rare, and they are spectacular.

Like three others on this part of Main Street, 1215 is situated on a quarter city block. It shares a driveway with the house to the south. The driveways diverge and lead to respective carriage houses toward the back of both lots. The Highlands Development of 1907 promised clean air (from coal burning), quietness (from the trains), and eventual access to the street trolley that ran north on First Street to Wylie.

The house has seen many transformations over the years. Melissa credits the previous owners with preserving and restoring much of the detail throughout. Tage Born and her husband Anthony Hanson owned the house for 20 years. In that time, they did something to nearly every aspect of the house. The most dramatic to the passerby would be the exterior work. New windows were installed, the swimming pool was removed, the entire house was stripped of paint, cedar siding was replaced, and it was painted in a historically sensitive color pallet. They also rebuilt the front porch that was so important to period homes, and missing since they had bought it, and added an attached garage that fits right in. Tage comments that the work was never for the investment, but rather because they wanted to make a comfortable, attractive home for the family of five. She says that they thought they’d live in it forever. However, they recently experienced the empty nest syndrome, and decided to downsize. They passed their passion on to yet one more family in the home’s history.

Melissa says, “We have photographs that have stayed with the house featuring the first owners. We enjoy knowing there have always been lots of kids growing and creating memories in the house. We actually hosted our wedding reception at our home so we love knowing that we are continuing with that tradition and creating memories of our own in a home where so much love, laughter and life has been experienced.”

The most striking aspect of Melissa’s decorating is the punch of blue in the living room and dining room. It contrasts with the white trim and hardwood floors beautifully. She says her decorating style is, “pretty traditional with some contemporary touches. I love the details in vintage pieces so I have filled the house with several pieces, dating back to even a century old. Most of the newer pieces are repurposed with paint.” She says they only added a few personal touches once they moved in. Fortunately for them, Tage and Tony removed wallpaper from nearly every wall in the house and many of the ceilings.

There is no doubt that there is a certain type of person who can love an old house. One can love it to the extent that they spend 20 years restoring it, while others can love it as a restored Aberdeen landmark for a young growing family. // — Troy McQuillen