Wellness
Stop the Stigma
NAMI Aberdeen is providing a safe place for everyone in the community to talk about mental illness.
By Jenny Roth | January/February 2020 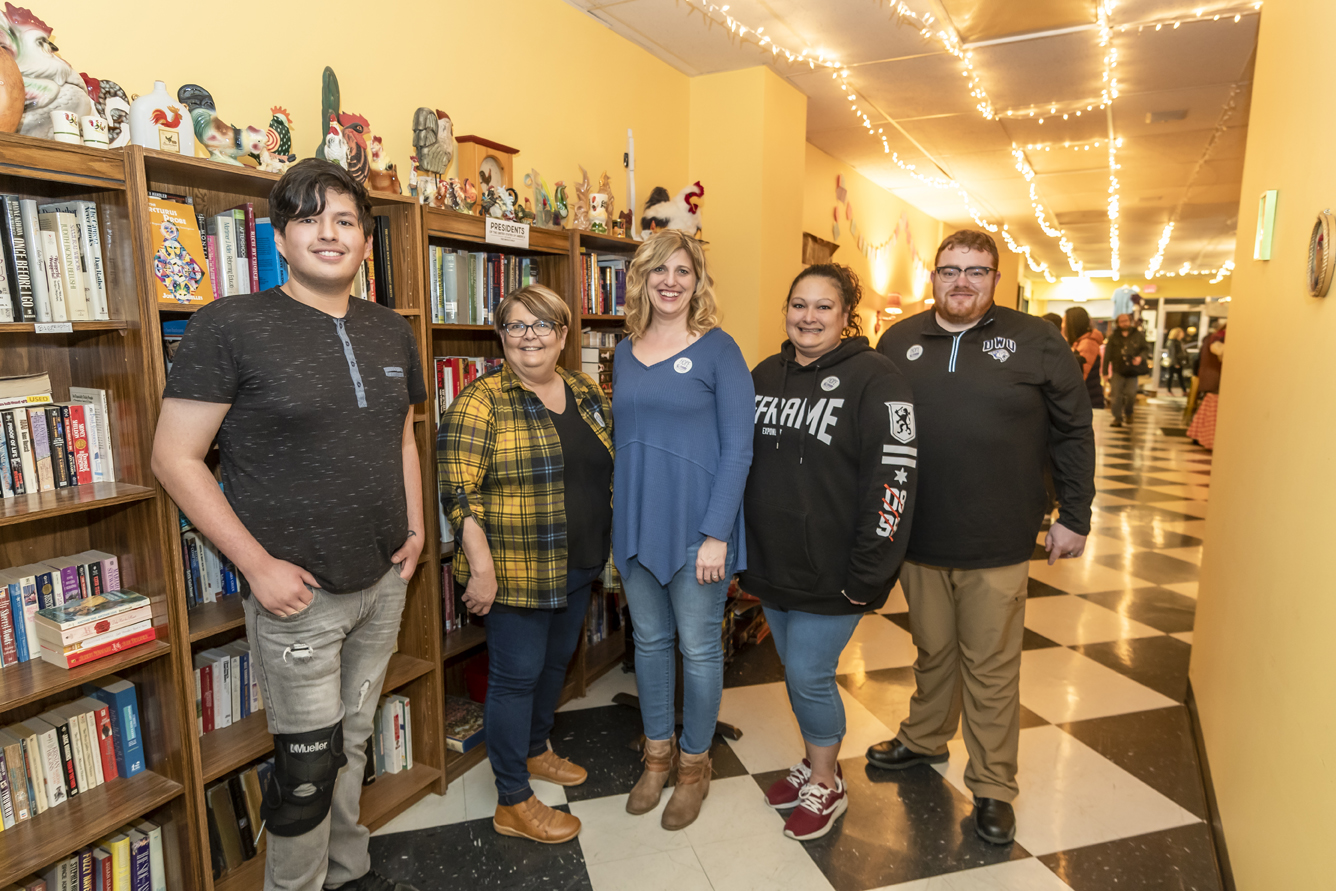 It still brings tears for Cindy Kirschman when she remembers watching her teenage grandson suffer from anxiety. One of the most difficult parts, she says, was just not knowing what she could do. Anyone who has lived with mental illness or loved someone who does knows that helpless feeling. If someone has cancer, a broken bone, or is recovering from surgery, neighbors and friends surround them with flowers, well wishes, and homemade casseroles for the freezer. But as the saying goes, mental illness isn’t a casserole sickness. The acceptance you receive compared to having a physical illness isn’t always the same. And while the stigma around mental health has come a long way, there is still a lot of work to do.

When searching for answers, Cindy discovered NAMI, the National Alliance on Mental Illness. There are over 650 NAMI Organizations in the U.S., and eight NAMI chapters in South Dakota alone. As Cindy began attending their conferences and finding support for her family, she says she knew NAMI was something we needed in Aberdeen too. So a group was organized and in 2016, NAMI Aberdeen officially became active in the community. Out of its 15 or so members, everyone is a volunteer, and almost everyone has either lived with a mental illness or has a family member who does. Amy Sanderson, clinical director at Northeastern Mental Health Center, is the only mental health professional in the group. Cindy is quick to credit Northeastern Mental Health for being a strong support for NAMI, but Amy is just as quick to mention how important it is to have groups like NAMI that get involved with mental health issues at a community level. She says, “They are instrumental in fighting the stigma because they show people it’s okay to tell their story, and it’s okay to reach out for help because here are real people who live in your town who are doing that, so you’re not alone.”

At its core, NAMI Aberdeen has three main goals. The first is to educate the community. Cindy says, “We want to erase any misunderstandings and replace those with correct information about mental illness and recovery.” To do this, Aberdeen volunteers have so far completed the necessary training to host two NAMI programs, NAMI Basics and Ending the Silence. Basics is a six-week course for parents and caregivers of children who have mental health challenges. Last fall, seven caregivers participated and learned about medications, how the brain functions, and other important topics like how to communicate with schools and why your child’s illness is not your fault. Cindy adds, “The people teaching the class have all been through it, so a really good bond forms among all the parents.” Ending the Silence is an hour-long program created for a student audience. During the program, a young person living with mental illness shares their journey of recovery. Another part of education is connecting people to mental health resources in the community. Amy says it’s about breaking down barriers that commonly get put up around getting help, such as fears about being able to afford it, that don’t really exist. “We have a lot of resources in the Aberdeen area, it’s only a matter of figuring out how to tap into those, and NAMI can help with that.”

NAMI’s second goal is to reduce the stigma around mental illness. Amy says, “We get out into the community wherever we can—at health fairs and other city-wide events, to spread the word and be open about the issue of mental illness.” Both she and Cindy agree that the more we talk about mental illness, the more it becomes just like any other health condition and not something to be ashamed of. “Mental illness can be just as disabling as a physical illness in terms of lost productivity at work and lost ability to make connections with your family and function like you normally would, so it should be treated with the same response,” Amy says.

The third goal that ties everything together for NAMI Aberdeen is to provide support groups and meetings. Their Family Support Group, which meets the second Monday of every month, is for family members who are seeking help in understanding what their loved one is going through. Amy says, “It’s unique because it’s the only place in Aberdeen that I know of where you can get direct, free support and meet other families who are going through the same thing you are.” Cindy adds, “You’ll find you’re not alone, and you’ll learn from one another how to love someone and care for someone with a mental illness.” Along with Family Support, they also have Connections, their support group for adults living with mental illness, which meets twice a month. In addition, they have an Affiliate Meeting and a monthly NAMI Night, which is open to anyone who wants to learn more about the organization and how they can become involved.

With all of these programs and activities, NAMI wants to continue to grow even further. In September, Aberdeen will host hundreds of people for the annual NAMI South Dakota Conference. And they are always looking for more volunteers for their Ending the Silence Program and also those who can share their hobbies, skills, or professions as part of NAMI Night. Amy concludes, “The most important thing is that it gives people a place where they can talk about mental issues and know that it’s okay to do so, and that they have support.” //— Jenny Roth

If you are interested in a program hosted by NAMI Aberdeen or in learning more about the organization, visit www.namisouthdakota.org or contact Amy Sanderson (605-225-1010) or Cindy Kirschman (605-380-0053).

3rd Monday of the month

2nd Monday of the month

2nd and 4th Wednesday of the month