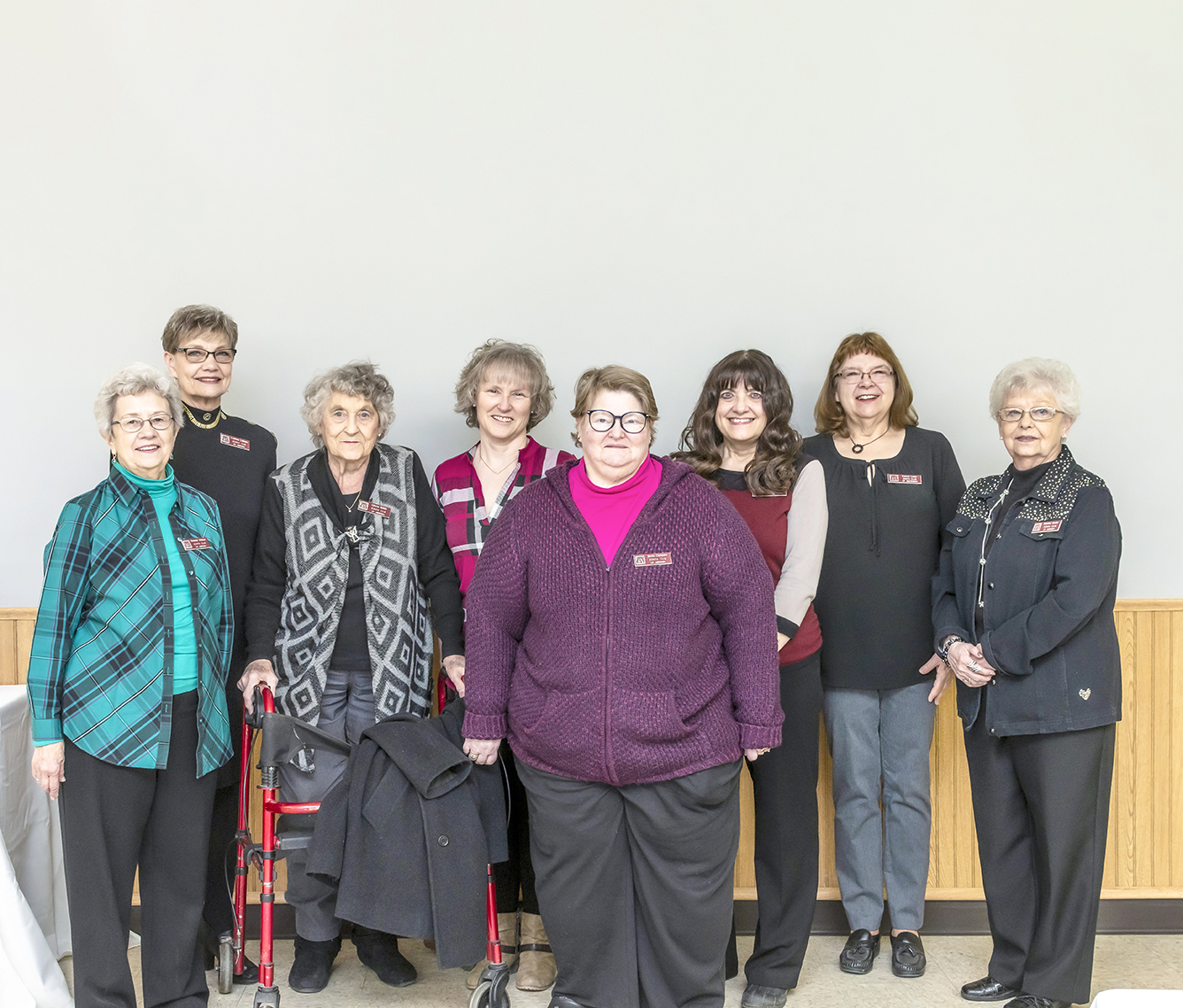 Over a hundred years ago, in the aftermath of World War I, a group of women formed Zonta International. While the organization has evolved over time, its mission to help women through service and advocacy has remained the same. South Dakota is home to three Zonta clubs—in Pierre, Spearfish, and Aberdeen.

Zonta Aberdeen has been a part of the community since March 1953. Today, they have 12 members who hold two annual fundraisers for local women and for women around the world. Their first fundraiser is a luncheon, hosted every February. Then in October, they hold a See’s Candy sale, which club secretary Dorene Nelson calls, “the best candy and chocolate in the world.” With these fundraisers, Zonta provides four college scholarships to nontraditional women students (two at Presentation, and two at NSU), as well as high school scholarships. The club also gives to Zonta International to aid in their worldwide work that notably includes putting an end to child marriages. // — Jenny Roth

Aberdeen’s Zonta Club invites new members wishing to join. They meet monthly on the fourth Tuesday at the Millstone at 6:00 PM.
To find out how you can support Zonta or for more information, contact Dorene Nelson at gnelson@nvc.net or at 605-397-8462.