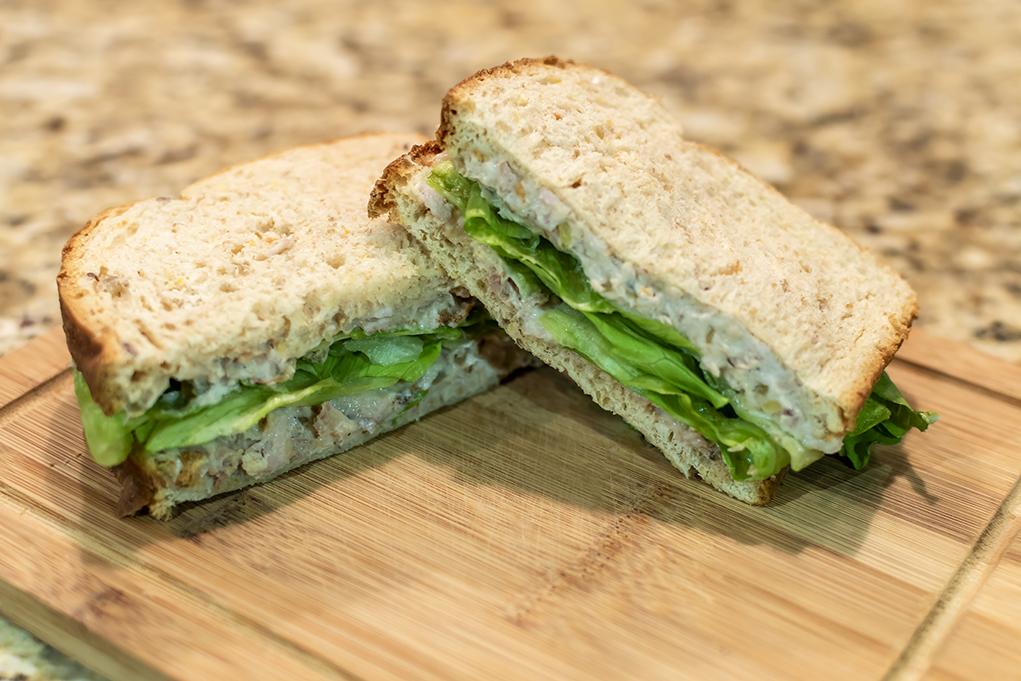 Although the social distancing everyone is experiencing in Aberdeen is challenging for a number of reasons, families are beginning to dust off old recipes or revive family cooking memories and skills.
As certain grocery items become scarcer and we are reluctant to shop as much, our family has tried to focus more on reducing food waste and repurposing leftovers. I have a standard family recipe for egg noodles, and we took some leftover hamburger and made homemade ravioli. We used grilled chicken from one night and made wraps a second night and so on. But one evening, we had a cut of steak that wasn’t the greatest, and enough leftovers of it made us wonder how we could repurpose that meat in a tasty new dish when I suddenly remembered a classic from my maternal grandmother.

I’m not even sure it has a name, but I’ve only ever though of the dish as Ground Meat Sandwiches. My grandmother would use the recipe for leftovers or gatherings where you needed to feed a lot of people. The beauty of this recipe is that it’s delicious with a so-so cut of meat and even more so with a good one. It’s very versatile, too, as you can use about any meat for it. You might be familiar with it as a ham salad sandwich, but my grandmother also used the same recipe with roast beef. During this time of challenging shopping, we also tried it with country-style pork ribs with equally good results. Pair the sandwich spread with some loose-leaf iceberg or other lettuce and some good bread and you have yourself a refreshing and economical lunch or picnic sandwich.

4 cups of ground meat
(we used 2.5 country style ribs, ground in a food processor)
1 cup mayonnaise
1/3 cup pickle relish (sweet or dill, depending on your preference)

Grind your meat of choice in the food processor.
Mix with mayonnaise and pickles until well blended.
Spread a generous serving on the bread of your choice and top with lettuce and enjoy.
Multiply or reduce the recipe based on the quantity of meat and your moisture preferences with the quantity of mayonnaise. For large family gatherings or parties, my grandmother was known to grind an entire ham or beef roast.

Creamed Eggs and Tuna on Toast

While a bit weird, this is comfort food at its finest.

One of the weirdest comfort foods I grew up with made its reappearance during the recent food shopping challenges because you can recreate it with just a few very basic ingredients. My children love my mother’s recipe for Creamed Eggs and Tuna on Toast. My mother passed away in 2015 and, assuming this was a well-known family recipe, I asked her sisters about it and they had no idea what I was talking about, so apparently it was a creation of my mother’s! Not the most beautiful dish in the world and probably best described by that age-old diner moniker – (expletive) on a shingle, this dish makes up for its looks with its comfort food deliciousness. You start with a basic white sauce made from a simple roux (fancy word for milk thickened with browned butter and flour) and add tuna and sliced hard-boiled eggs for the sauce served over toast. That’s it.

Sautee butter and flour together over medium heat, stirring frequently, until golden brown.
Warm milk in a saucepan or microwave and add into the butter and flour mixture in small amounts, while stirring.
Keep stirring while frequently scraping the bottom of the pan to prevent the milk from scalding.
Keep cooking and adding more milk to the desired thickness.
Keep in mind the addition of the other ingredients will cause it to get stodgier, so don’t be afraid to make a rather “loose” white sauce.

This recipe is a great post-Easter egg dying option or quick and economical comfort food. I’ll fully admit it sounds odd and looks ”interesting,” but don’t knock it until you’ve tried it! // -Dani McQuillen