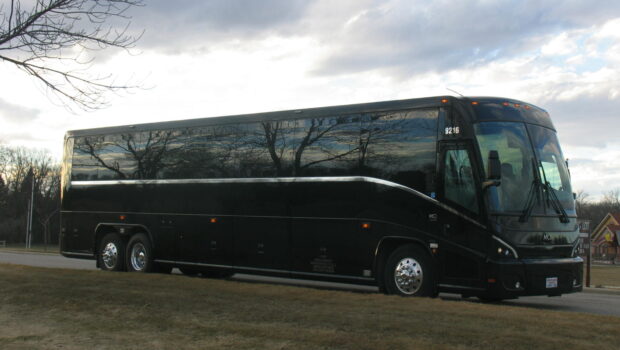 Montam Charters and Tours recently added a new motorcoach to their lineup of touring vehicles. The MCI J4500 motorcoach is the definition of luxury with padded leather seats, hardwood floors, and lots of space for passengers to feel comfortable on tours. Montam Charters and Tours have been in the transportation game for a while. Owners Monte and Tammy Wahl started their touring business in 1992 and have since escorted people all across the country to concerts, live theatre performances, sporting events, and so much more. This year, they have tours planned for the Ozarks, The Little Brown Church in the Vale, and separate tours planned for the Eagles and Elton John concerts coming to Minnesota! // — Karlie Spiry

For more information on upcoming tours visit www.montamtours.com, or call 605.229.1566

Avera offering vaccinations at Arts in the Park →