People
The Hardware Man: Building A Community To Last
By Karlie Spiry | May/June 2020 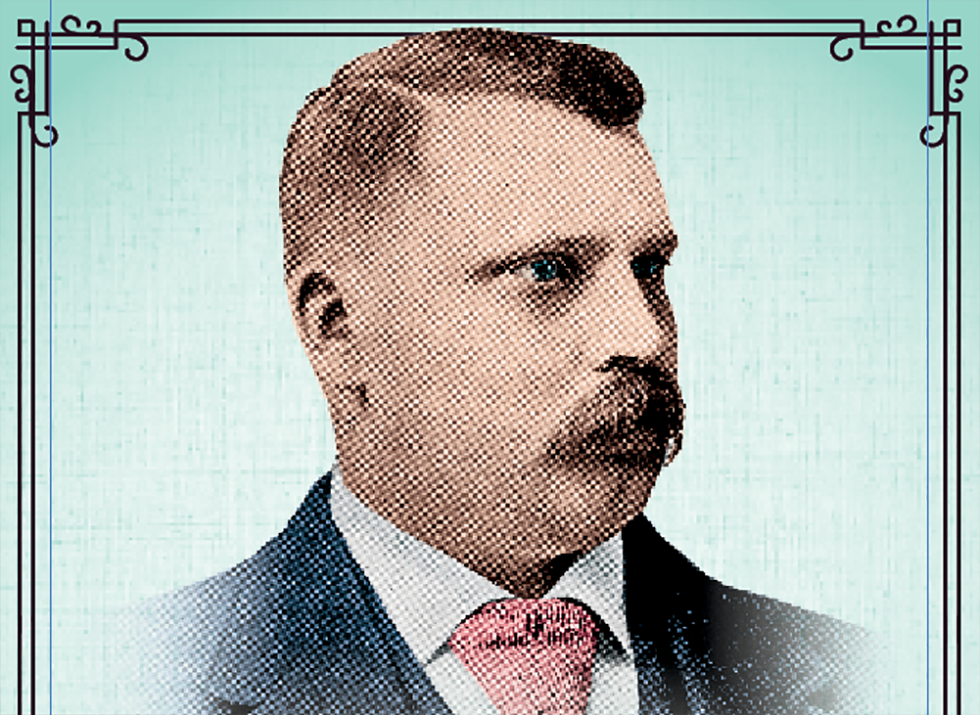 Aberdeen has quite a few famous figures in its history, but few have had a lasting impact as August C. Witte. One of the early pioneers of Aberdeen, Witte was a prominent local politician, and he also owned one of the most successful hardware stores in South Dakota history.

Witte (pronounced like witty, the pronunciation was changed upon immigrating to the United States) was born in Pein, Hanover, Germany on July 6, 1857 to August and Clara (Mueller) Witte. He showed great interest for business early on and after completing his general education at public school, and graduating from Hildesheim College in 1874, Witte apprenticed himself at a wholesale hardware store in Germany. He worked there for four years before immigrating to the United States in late 1879.

According to a passport application found on Ancestry.com, Witte emigrated from Germany aboard the US Rhein. On October 17, 1879, Witte docked in New York and filed for naturalization papers. He made his way west and initially settled in Faribault, Minnesota in 1880, where he already had an uncle living. His uncle was named A.W. Mueller. In that same year, the two gentlemen opened a hardware store that also sold dried goods. The store was called Mueller & Witte Hardware.

With the construction of the railroad underway in Aberdeen, Witte and Mueller followed the railroad and opened a second hardware store in Aberdeen in 1881 on the corner of Railroad Avenue and Main Street. At that time, Aberdeen was expanding rapidly, and due to the success of their Aberdeen store, Witte and Mueller closed their Faribault location in 1883 and both men moved to Aberdeen permanently. They worked together in the hardware business for ten more years until Mueller’s death in 1893. Witte continued to run the hardware store by himself under the name of Witte Hardware until 1903, when his two step-sons became his business partners. Witte later expanded the business and moved it to its final location at 111 South Main Street. The hardware store was open for a total of 86 years, and became one of the most successful hardware stores in South Dakota.

Witte played an important role in shaping early Aberdeen. He was very active in politics and was considered a pioneer because he was one of the first leaders to rise from the hundreds of people moving to Aberdeen in the early 1880s. Several reports state he was a very quiet man, and did not speak unless he had to. This played in his favor later on during his political career. He helped Aberdeen advance from being just a small settlement to an actual city of buildings and streets. One of the first offices Witte held was the Alderman of the 4th ward from 1885 to 1891. Wanting to do more for Aberdeen, Witte decided to run for mayor in 1892 and was elected Mayor of Aberdeen. During his two years in office, Witte saw through many changes and improvements to Aberdeen, the biggest one being the implementation of the first sewage system throughout the city. Witte was also part of the committees in charge of securing water for the city, establishing a source of power to be used citywide, and the construction of a city hall. His final political role was that of Alderman again, which he served for the last time from 1899 to 1905.

Witte was also a founding member of the Home Building & Loan Association, which established the loaning system in Aberdeen for people to build homes and businesses. This organization was originally established in 1888, and was responsible for encouraging people to set up residence in Aberdeen and to start small businesses. Although, later on the integrity of this organization came into question due to some mismanagement of money, the Home Building & Loan Association can be credited with encouraging the commercial growth of Aberdeen at the turn of the 20th century.

Dedicated to serving those around him, Witte was an active member in various community oriented organizations throughout his life in Aberdeen. He was a Freemason and was a member of the Aberdeen Lodge #38. He was honored with the 33rd degree of the Scottish Rite, and even served as Eminent Commander for one year in 1912. He later served as a commander of the Knights Templar. Witte was also the Grand Patriarch of the Independent Order of the Odd Fellows in 1893. He was also a member of the Yelduz Shrine and served as the Potentate. Witte served on the Public Library Board starting in 1890, and remained on the board for many years. During World War I, Witte even served on the Council of Defense of South Dakota.

Witte married A.W. Mueller’s widow in 1895. Her name was Carole W. Witte, and she was technically his aunt by marriage. Carole had three children from her marriage with Mueller: Otto and Arthur Mueller were her sons, and Alma (Mueller) Easton was her daughter. Alma’s first marriage was to Russell Easton, the son of CF Easton of Easton’s Castle fame.

August Witte passed away on February 2, 1947 from a heart attack. The hardware store continued to be operational after his death, and was managed by Lester Biegler. Witte’s stepdaughter, Alma Easton Woodward became the president of the company until her death in 1958. According to an Aberdeen American News article from June of 1981, Biegler retired in 1954, and the new manager was Alfred Humphrey who later became the vice president of the company. In 1960, Humphrey purchased the business from the Alma Easton Woodward estate. Humphrey kept the store open and under the name of Witte Hardware until 1967, and then sold the business to A. H. Sander, who moved his business, Sander’s Sales and Services, into the building. The business is now called Sander’s Sew-N-Vac.

A champion for small businesses and local economic growth, Witte truly loved Aberdeen, and he embodied so much of that small town feeling Aberdeen is so well known for. He dedicated his life to serving the community here and to seeing it grow and flourish. For being a quiet man, Witte’s impression has lasted throughout Aberdeen’s entire existence, and that shows he built this community to last. // -Karlie Spiry