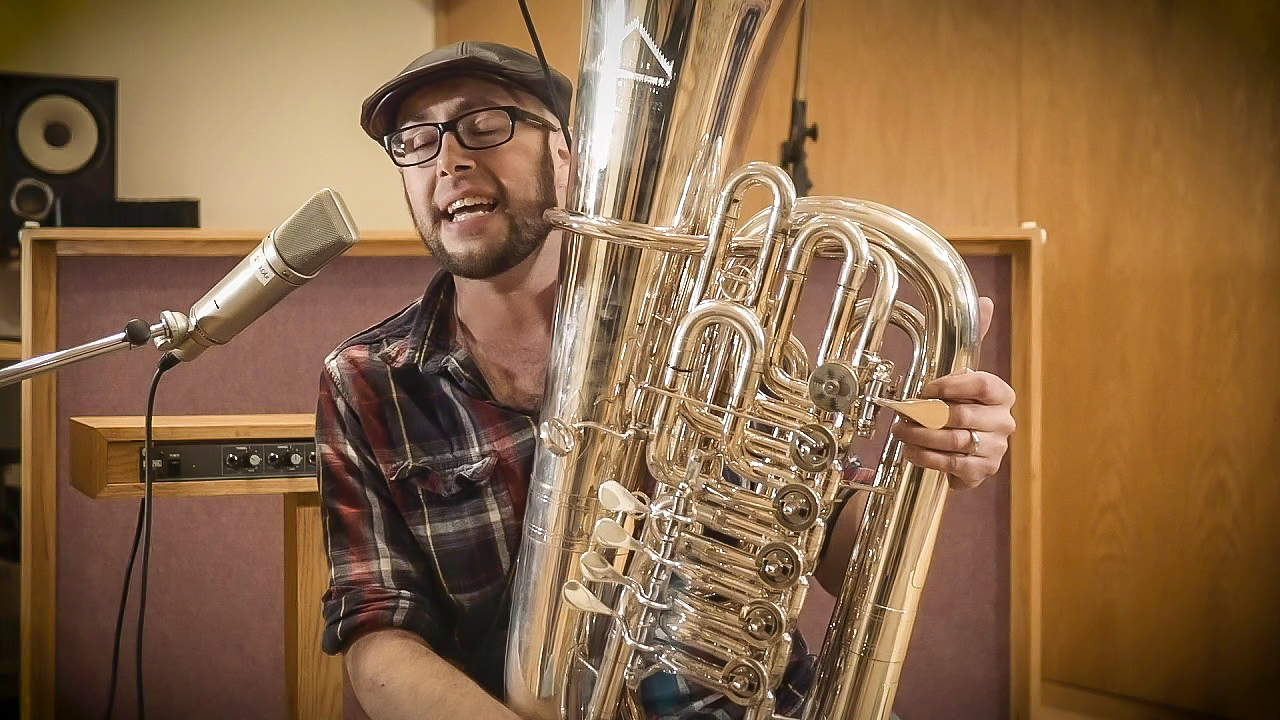 A tuba sounding like an electric guitar? Seems farfetched, but it’s actually quite possible with Travis Netzer playing. 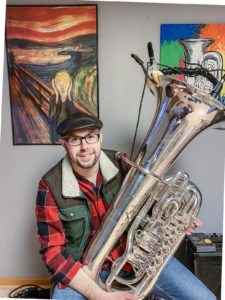 Travis, like most musicians, loves to create music, and when he walked into the Guitar Center in Tempe, Arizona, and declared “I want to make my tuba sound like an electric guitar,” the employee laughed at him. It wasn’t until after the employee realized Travis was being completely serious that Rock Tuba was about to be born.

Travis, who is an adjunct professor of music at Northern State University, says “Rock Tuba came about as my contribution to what many other classical musicians are trying to accomplish today – showing folks that the world of pop music and classical music can co-exist.” It’s a feat many musicians undertake, and because of it, we have hybrid artists like Two Cellos or Simply Three, who take unconventional approaches to music and produce incredible sounds.

How exactly does one make a tuba sound like an electric guitar? Well for starters, you need a tuba. People tend to think Travis uses a specialized tuba for his music, but it’s just a regular tuba hooked up with a microphone in the bell of the brass instrument, and an amp. Travis also uses several guitar pedals to distort the tone of his tuba to sound like an old, fuzzed-out guitar. Another important component to Rock Tuba’s sound is the loop station, which records a portion of music Travis plays and repeats it. Sometimes Travis will beatbox into his tuba to produce the drumbeat, and other times he will have drummer and NSU student Roger Frank help. After layering all the instrumentals together, Travis will then sing or play an additional solo as the final element to the piece.

Growing up on a farm in Ipswich, South Dakota, music has always been a part of Travis’ life: “Like most kids, I’d hear the music on the radio and imagine myself being the guitar player or lead singer in whatever band I was listening to.” Band starts in the fifth grade at Ipswich, and when it came time for Travis to select his very first instrument, there was really only one option that made sense to him: tuba. Inspired to play the tuba from watching old VHS tapes of Tubby the Tuba, a Puppetoon by George Pal featuring a tuba going on an adventure to find his own song, Travis believes his fifth-grade band teacher was ecstatic to learn he was interested in the instrument. “I think she probably did a backflip because she actually had a kid excited to play the tuba.”

Playing music and playing tuba both became passions of Travis’ to the point he went off to school to study them and make them his career. He received his bachelor’s in Music Education from Northern State and went on to get his masters from Western Michigan University in Kalamazoo, Michigan. While completing his doctorate degree in Tuba Performance at Arizona State University, Travis began experimenting with Rock Tuba. It was when he came back to Northern to teach Euphonium and Tuba that he found out about the developing artist grant from the South Dakota Council of Arts. “Rock Tuba was really in its infancy at that point,” says Travis. “I had messed around with it while finishing my doctorate and managed to make a YouTube video. I applied for the grant with the hopes of assistance in getting the necessary equipment to help my idea grow and get another YouTube video up.” Travis filmed one of the two videos on his Youtube channel at Makoche Studios in Bismarck, North Dakota. With the money he received from the grant, Travis was able to purchase more equipment to improve the quality and sound of Rock Tuba productions. “The equipment I was able to purchase completely opened the door on doing what I’m doing now. My sincerest gratitude goes out to the wonderful folks at SDAC and at Makoche Studios.” // –Karlie Spiry

Want to see Rock Tuba live? Travis is available for booking at travis.netzer@gmail.com. Are you interested in hearing more from Rock Tuba? Check out Travis’s Instagram @rocktuba07 for musical snippets or go to his Youtube page by searching for Travis Netzer to see his videos.