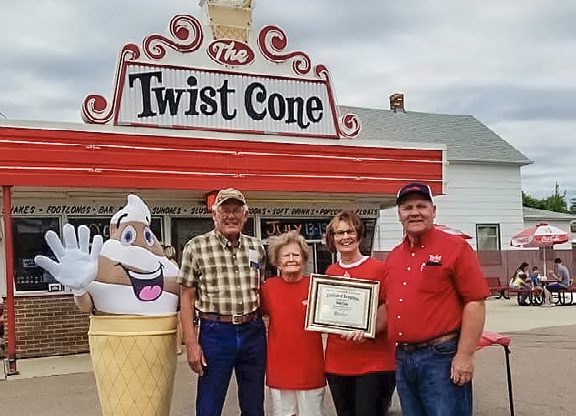 Another Aberdeen icon celebrated a milestone anniversary in July. Twist Cone held a weeklong celebration to commemorate its half century of business in Hub City. Highlights of the week included a fundraiser for the Boys & Girls Club of America in which $750 was raised, an all-employees reunion, a special performance from Funky Al and the Gators, and tons of ice cream fun! Twist Cone opened in Aberdeen in 1970 at its iconic 503 North Third Street location. Twist Cone closes for its summer season at the end of October so be sure to stop by for the best ice cream in town before it’s too late. // – Karlie Spiry