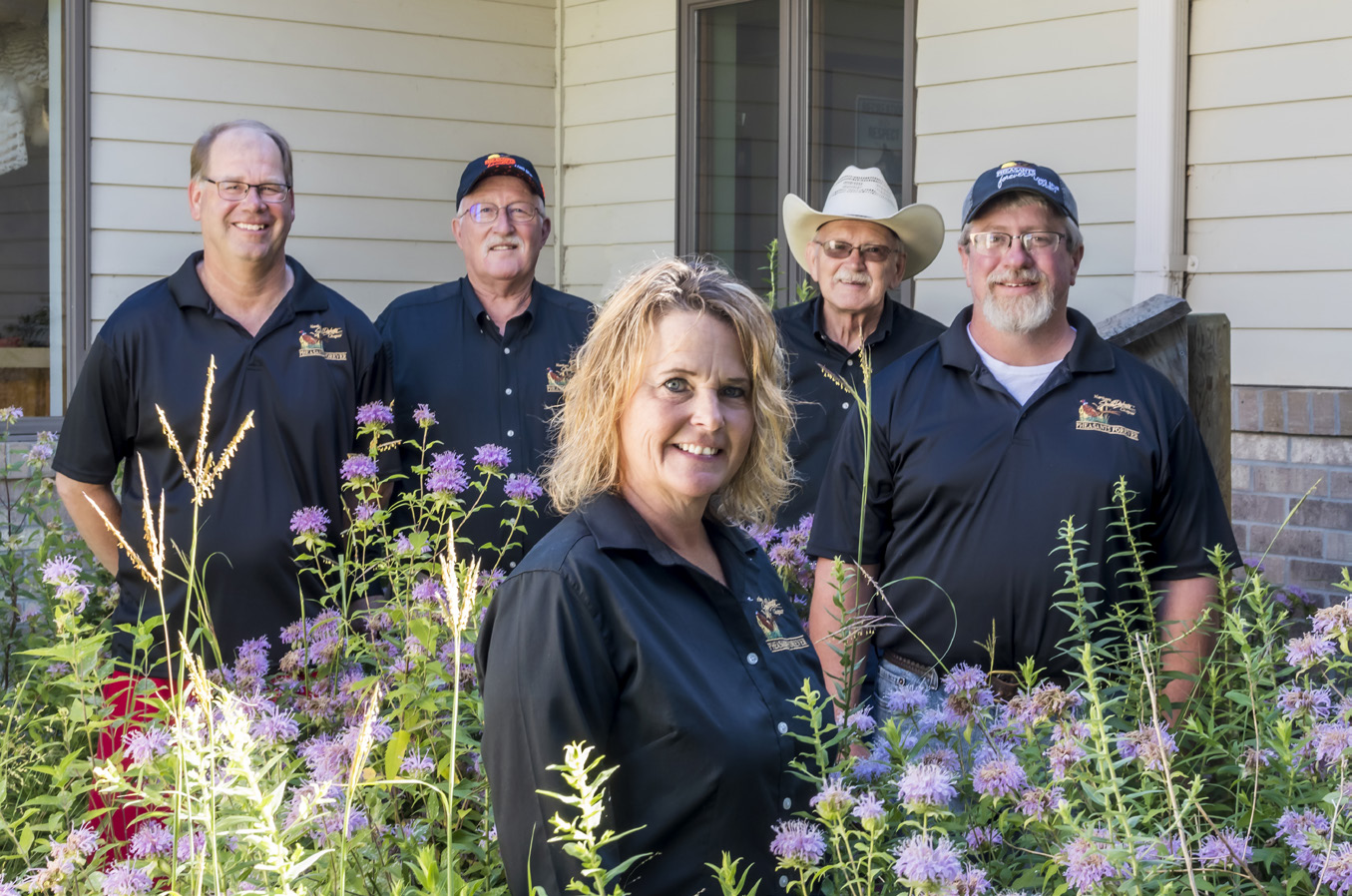 Pheasant season will open on October 17 this year. According to local small talk, the east side of South Dakota, in particular Brown County, has some of the best pheasant hunting in the state. Credit is due where credit is due as South Dakota’s breathtaking environment helped create the perfect habitat for these birds to flourish. But man also played a significant role in making sure pheasants are protected from overhunting and educating hunters how to hunt properly and safely. 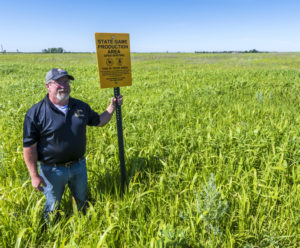 Chris Goldade, the president of the Aberdeen Pheasants Forever chapter, stands in just one of the many fielded areas enrolled in a conservation program.

Pheasants Forever is a national organization dedicated to the conservation of pheasants and other wildlife through habitat improvement, public awareness, land management, and education. For Aberdeen, the local chapter is called the Northern South Dakota Chapter and its headed by chapter President Chris Goldade, along with Terry Larson as Treasurer, Greg Yonkovich as Habitat Chairman, Jerry Ochsner as the Sponsor Chairman, and Shelly Ruenz as Secretary. Chris also serves as the Youth Program Chairman and has been a part of the nonprofit organization since 2001 when he came to work as a Farm Bill Biologist for Pheasants Forever.

The Aberdeen chapter started in 1987 as the 77th chapter of Pheasants Forever overall, and one of the first in South Dakota. Today, Pheasants Forever has more than 700 chapters with over 140,000 members across North America. On average, over $500 million is spent on conserving upwards of 10 million acres of land. In the Aberdeen Area, the money raised by the Northern South Dakota chapter is spent on local projects and kept in the area.

Going where the Birds Are 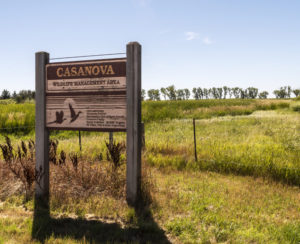 The Casanova Wildlife Management Area was purchased by the Game, Fish and Parks in 1991. The Northern South Dakota Chapter of Pheasants Forever was a major contributor to the purchase and it is one of the most popular public pheasant hunting locations in South Dakota.

The Aberdeen Pheasant Coalition addresses the need for more public hunting areas in Brown County. The idea came from Emmett Lenihan, another Farm Bill Biologist working for Pheasants Forever. Alongside sixteen local businesses, the Northern South Dakota chapter worked towards creating an incentive for farmers and landowners to sign up for the Conservation Reserve Program and enroll through Game, Fish and Park’s Walk In Area program. These farmers and landowners receive payment for providing access to their lands to hunters during the season. “We’ve spearheaded an effort to enroll thousands of acres of land in Brown County into conservation programs so people can enjoy it for years to come,” said Chris.

Another goal of the Aberdeen Pheasant Coalition is to create sustainable habitats for pheasants that support healthy breeding habits for the birds. The upkeep of the land falls to the private landowners, but to receive their incentives, they must follow land regulations closely. This includes converting some land from cropland to permanent nesting coverage that includes grasses and fords.

While the Aberdeen chapter doesn’t teach hunter safety courses, they do offer several youth pheasant hunts throughout the season. They also offer a youth hunting program in which young hunters who have completed their safety course can participate in a hunt with their parent or guardian. Over the years, attendance at the youth hunts have reached over 400 participants. Last fall, the Northern South Dakota chapter established the apprentice hunt. Chris says it’s a new event where adults with little to no pheasant hunting experience are shown the ropes by seasoned hunters. “They are taught everything they need to know from how to read the rules and regulations, map reading, gun safety, hunting tips, how to clean game, and how to cook what’s been harvested,” said Chris.

To celebrate the opening of pheasant season, the Northern South Dakota chapter has their annual fall shoot-out scheduled for October 16 at City Lights. It will be a night of fun and games, raffles, and live and silent auctions in preparation for the start of pheasant season. “All of the money raised at this event stays in the local area and is used to help us continue our mission of habitat conservation and public education,” Chris said. To become a member, contact any of the board members to purchase an annual membership or stop by Hitchn’ Post to see Terry Larson for more information. Meetings are held on Thursdays during the spring and fall. For more updates, check out Northern South Dakota Chapter of Pheasants Forever #77 on Facebook. // –Karlie Spiry

Hunting is one of the most popular activities in South Dakota. Here are several facts you should know about for the upcoming season!