What's New
Her Vote. Her Voice.
By Karlie Spiry | November/December 2020 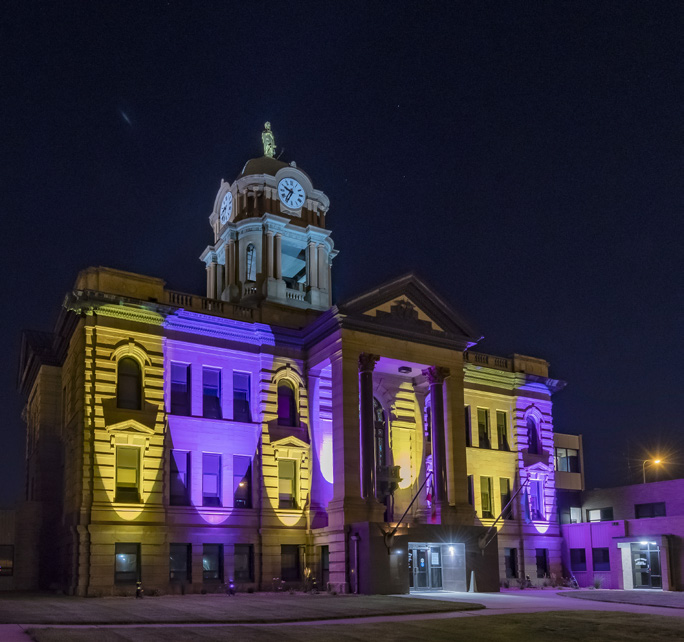 Just 100 years ago, the course of the nation changed with the passing of the 19th Amendment. It allowed the right for white women to vote. August 26, Women’s Equality Day, marked the centennial of when the amendment went into effect. Her Vote. Her Voice., a non-partisan delegation from the South Dakota State Historical Society appointed by Governor Kristi Noem, celebrated the occasion. Across South Dakota, popular landmarks lit up purple in solidarity. In Aberdeen, the courthouse blazed purple as well. Northern State University held a reenactment of a historic women’s rights parade with historical speeches read on the campus green during the day.

For more information on Her Vote. Her Voice., check out their Facebook page South Dakota Women’s Vote Celebration.