Art & Culture
The Best Shows on Hulu Right Now
What are the best shows on Hulu? If there was ever a time to be looking for movie and TV recommendations on Hulu, this would be it.
By James Heisinger | November/December 2020

Thanks to the pandemic (maybe you’ve heard of it?), I’ve started to watch more and more on Hulu this year. Luckily, it seems like the more I watch, the more I seem to find great shows and movies across many genres. And for only $6 a month ($12 for commercial-free), it’s more than worth the price. A few shows and movies really impressed me: Mrs. America, Normal People, and The Assistant.

The show has its ups and downs, but overall, it’s pretty great. It’s very much performance-driven, and Cate Blanchett is just phenomenal. She’s as good as she’s ever been, whether it’s movies or TV, embodying Schlafly so totally and fully, it’s uncanny. There isn’t a misstep in Blanchett’s performance. She makes watching the series worth it on her own.

Mrs. America isn’t a complete historical account of the battle over the ERA, but it’s certainly a harrowing look back on another time. The series takes its liberties with history, but any plot point or character added is for the best. The few fictionalized characters allow the show to delve deep into the core ideas the series wants to look at – were the women campaigning against the ERA acting in their best interest? 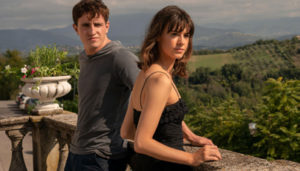 I watched all 12 episodes of Normal People in less than two days because it was just that good. Normal People is adapted from the novel of the same name by Sally Rooney, a remarkably compelling Irish teen romance about Marianne (Daisy Edgar-Jones) and Connell (Paul Mescal), a couple who weave in and out of each other’s lives from their last years in school and throughout their twenties.

Marianne is a brash, super smart but ridiculed girl while Connell struggles with his insecurities. It’s this distinction that separates and divides them during their relationship and manifests itself in other difficulties as the show progresses. It’s a fantastic watch, heartbreakingly nostalgic, and full of youthful melancholy. 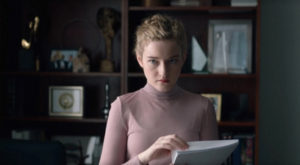 Julia Garner in “The Assistant”.

Writer/Director Kitty Green’s The Assistant is the best movie you can watch on Hulu right now. Period. Green’s narrative debut is an extremely subtle story about an office assistant, Jane (Julia Garner), as she goes throughout her workday and eventually discovers that her boss has been fostering a culture of sexual harassment, and the company’s assistants are at the center of the harassment.

It’s more than easy to say The Assistant is a “boring” movie where “nothing happens,” due to the way the story plays out, but I can assure you it is so much more. This movie is a strikingly tense, thought-provoking thriller that takes a genuinely nuanced approach to its subject material and themes. It has so much to say if you’re willing to look for it, and I promise looking for those messages will make your viewing experience even more rewarding.