People
A Way to Keep Serving
You might know them for their baseball team or burger nights, but there is so much more to the American Legion and how they serve others. Here’s just a glimpse of what this century-old organization has been up to.
By Jenny Roth | January/February 2021 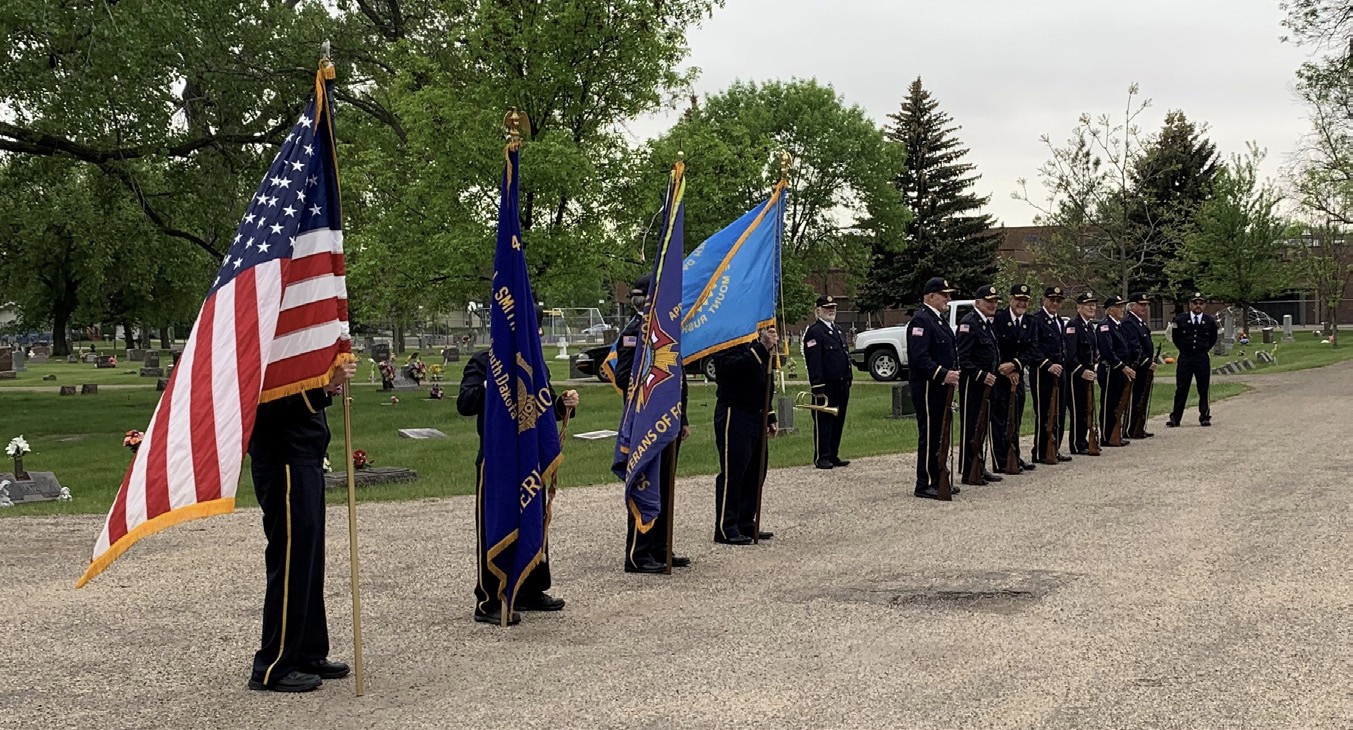 If you had strolled past Aberdeen City Hall in 1919, you would have seen our first American Legion members setting up their original headquarters. “Setting up” is a loose term because, in reality, they were literally digging a basement underneath city hall so they could hold their offices there. Members have been an integral part of the Hub City and the country ever since.

Today, the American Legion is the world’s largest veteran’s organization. The Aberdeen Post includes about 450 members who are part of a nation-wide network of almost 3 million former service members. At a local level, they support a variety of causes close to home. On a larger scale, their voices help lobby Congress to speak up for veterans everywhere. 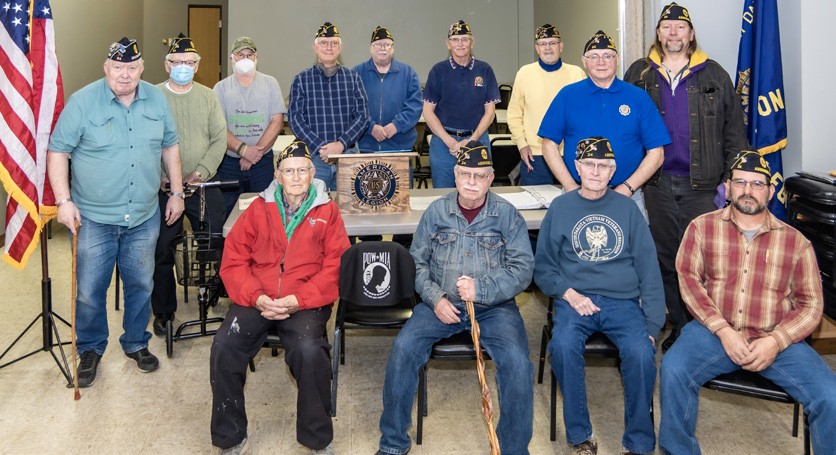 Ask any Legion member, and they’ll tell you they joined the group so they could keep helping their country after their time in the service was over. The nonprofit focuses on four key pillars: Veterans, Children and Youth, National Security, and Americanism. Here are some (but definitely not all) of the programs happening in Aberdeen and South Dakota, thanks to our Legion members.

The American Legion’s Honor Guard provides funeral honors for military veterans when they pass away. They also come forward anytime a ceremony calls for “the colors to be presented,” meaning when they raise or present our national flag. The Legion organizes it, but you don’t have to be a Legion member to be on the Honor Guard. Any service member who wants to help is welcome. Right now, the youngest member of our Honor Guard is 65, and they would love the younger generation to become involved.

Unique to the Aberdeen Legion is the Honor Cords program. Here, veterans who graduate from college are recognized by Legion members in a ceremony for their service and achievement.

Started in South Dakota by a Legion member in Redfield, Trooper Academy is now a nationally-recognized program. In it, high school students from around the state who are interested in a law enforcement career spend one week at the Highway Patrol Training Academy. During that time, they take part in everything an incoming highway patrol recruit would do. Six years later, some of the first students are now highway patrol officers or working in other law enforcement areas.

The Legion is known everywhere for its youth baseball teams, so it’s pretty amazing that this program actually got its start in Milbank by an Aberdeen member! The Aberdeen Post sponsors both a Legion and a Legion Jr. team, reaching kids ages 11 to 17. Youth programs like this have been important to the Legion since its founding after World War I, when many children were grieving the loss of a parent.

With the community’s help, the Legion sponsors this program to teach youth about government at the city, county, state, and national level. Kids can run for mock offices and get a hands-on experience for how the government operates. Boys State has been held at Northern State University since 1941. The Legion Auxiliary runs the corresponding Girls State.

This scholarship program teaches public speaking and debate skills to high school students. Winners can advance to the state and national level to participate in two speeches involving the Constitution. One is prepared well in advance, and the other is spontaneous, where they only have a few minutes to gather their thoughts and present on a topic.

When a flag is no longer serviceable, there is a proper way to retire it. Before the pandemic, Legion members went to Northern State University once a year as part of Constitution Day to discuss how and why to retire a flag. The Aberdeen Exchange Club collects used flags and retires them year-round.

Legion members take pride in their Memorial Day services at the Aberdeen cemeteries and their Memorial Day program. It’s a day for them to remember and honor their fallen comrades. Each year, Legion and VFW members place over 1,500 flags on each deceased veteran’s grave in Aberdeen. Their motto is, “No one forgotten, unrecognized, or without a marker.”

For more information on the American Legion, visit www.aberdeenlegion.org or email
[email protected].

And they need you!

As more Legion members age, fewer join. But it was veterans who laid the groundwork for veteran services and benefits as they exist today, and it’s veterans who are needed to keep things continuously improving.

If you didn’t serve in the Armed Forces but have a loved one who did and you want to work alongside the Legion, consider joining the Legion Auxiliary, Sons of the Legion, or the Riders Motorcycle Group.

Anytime you want to support your local veterans, come to the veteran-sponsored events happening in town. Right now, many things are on pause due to the pandemic, but when they start up again, attending or donating to fundraisers makes a significant impact.

To learn more about joining or supporting the Legion, visit www.aberdeenlegion.org or email [email protected].

Many American Legion Posts are named in honor of a deceased veteran with local ties. Aberdeen’s post is named after Private First Class Sidney Laurence Smith. Smith moved to Aberdeen in 1915 and joined the military as part of the Army National Guard. He was killed in action while serving as a dispatch runner in France in 1918.