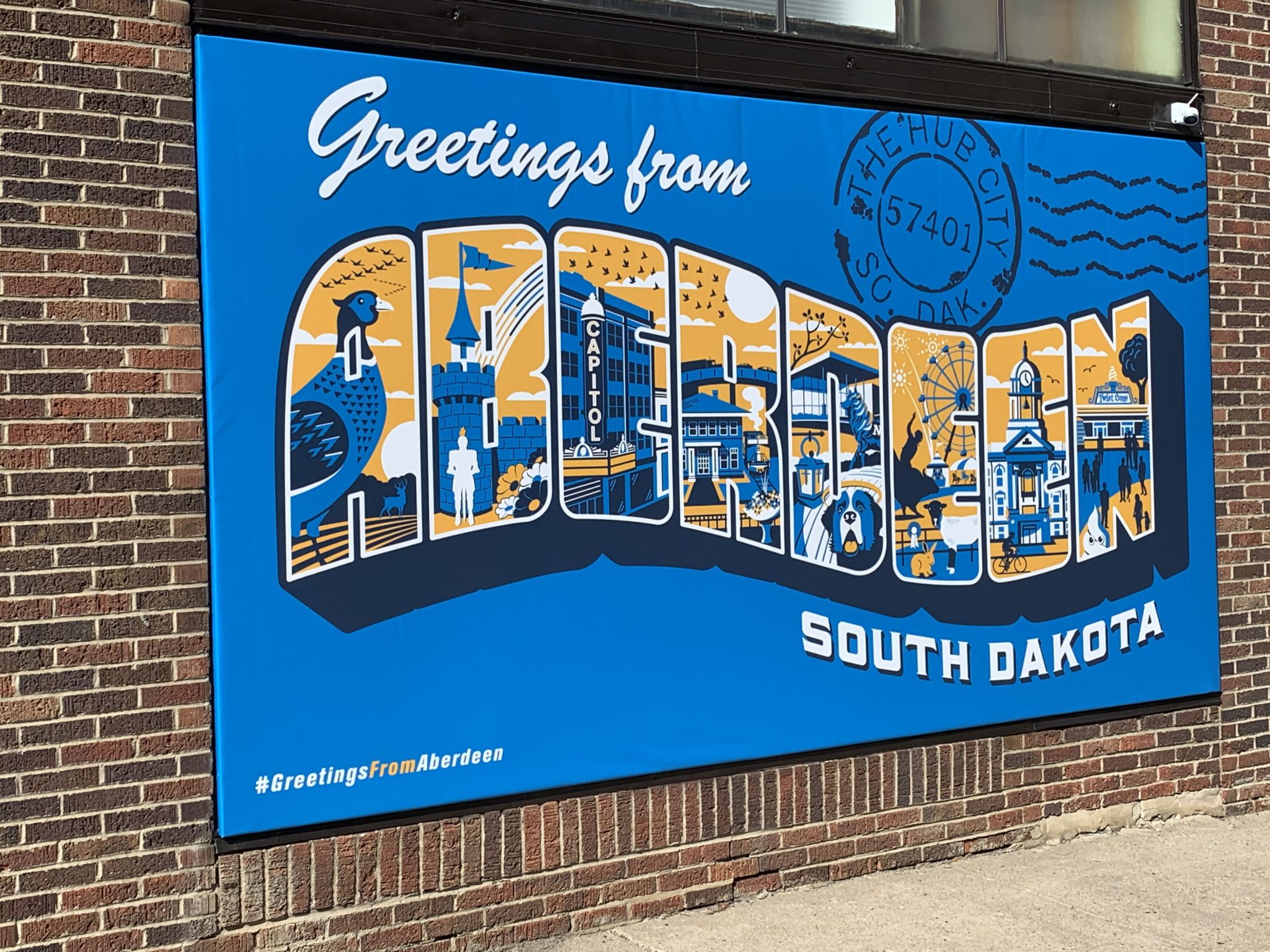 During the pandemic, an Aberdeen artist and business owner saw the need for an art piece. He designed the Aberdeen mural that would unite the town. Greetings From Aberdeen originates from a time when America’s travel culture started to boom. Businesses sold illustrated postcards to tourists at this burgeoning time for adventure. These old-fashioned cards were almost forgotten. However, the COVID-19 pandemic disrupted much of the traditions we hold dear. So, it was in a time of quarantine that Troy McQuillen had an idea. He was inspired to bring Aberdonians together by revitalizing an old tradition.

Troy had Aberdeen’s old postcard stocked in his collection of curiosities. He admired the design and the sentiment of that era. At that moment, he decided to create something that would pay homage to a time when people could travel without a care in the world. Little by little, he designed an Aberdeen mural that would feature the town’s iconic scenes. From our state bird to Twist Cone, Troy captured all of the landmarks that define Aberdeen.

Troy wasn’t satisfied with just hanging a piece of art. He wanted to create a mural and give people a chance to show off their hometown pride. His idea became a contest. The rules were simple: take a picture in front of the mural, post it to social media with the hashtag #GreetingsFromAberdeen. On Thursday, October 1, Tess Van Der Bel was randomly selected as the winner of the contest, which was a $500 cash prize.

Aberdeen Magazine received dozens of submissions, including groups from local institutions. Not wanting to leave them empty-handed, Aberdeen Magazine awarded the participants free shirts from University of Aberdeen branded apparel. Lastly, we would like to thank everyone for participating. Having people in Aberdeen come together despite the troubles in the world is what makes this city is so special.

Have you subscribed to Aberdeen Magazine? Visit our subscription page to have every issue mailed to your door. Each issue of this bi-monthly magazine includes stories that uncover Aberdeen. It’s full of historical tidbits that some residents might not know much about. And don’t forget to follow us on Facebook!