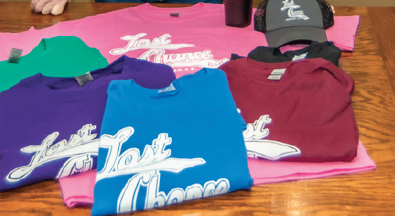 Business partners Gene Krueger and Dennis Schaffer owned the Last Chance Bar at 1023 S. Main from 1983- 2001. Along the way, they made a lot of memories that are still being celebrated today inside the Last Chance Friends private Facebook group, where former patrons and employees swap stories and reminisce. Last Chance Friends also have the opportunity to order apparel featuring the business’s original logo, designed in 1984 by Monte Wahl’s DSS Image Apparel. If you’re a fan of the Last Chance Bar and would like to join the fun, ask someone you know who is a member of the Facebook group to send you an invite. // – Jenny Roth