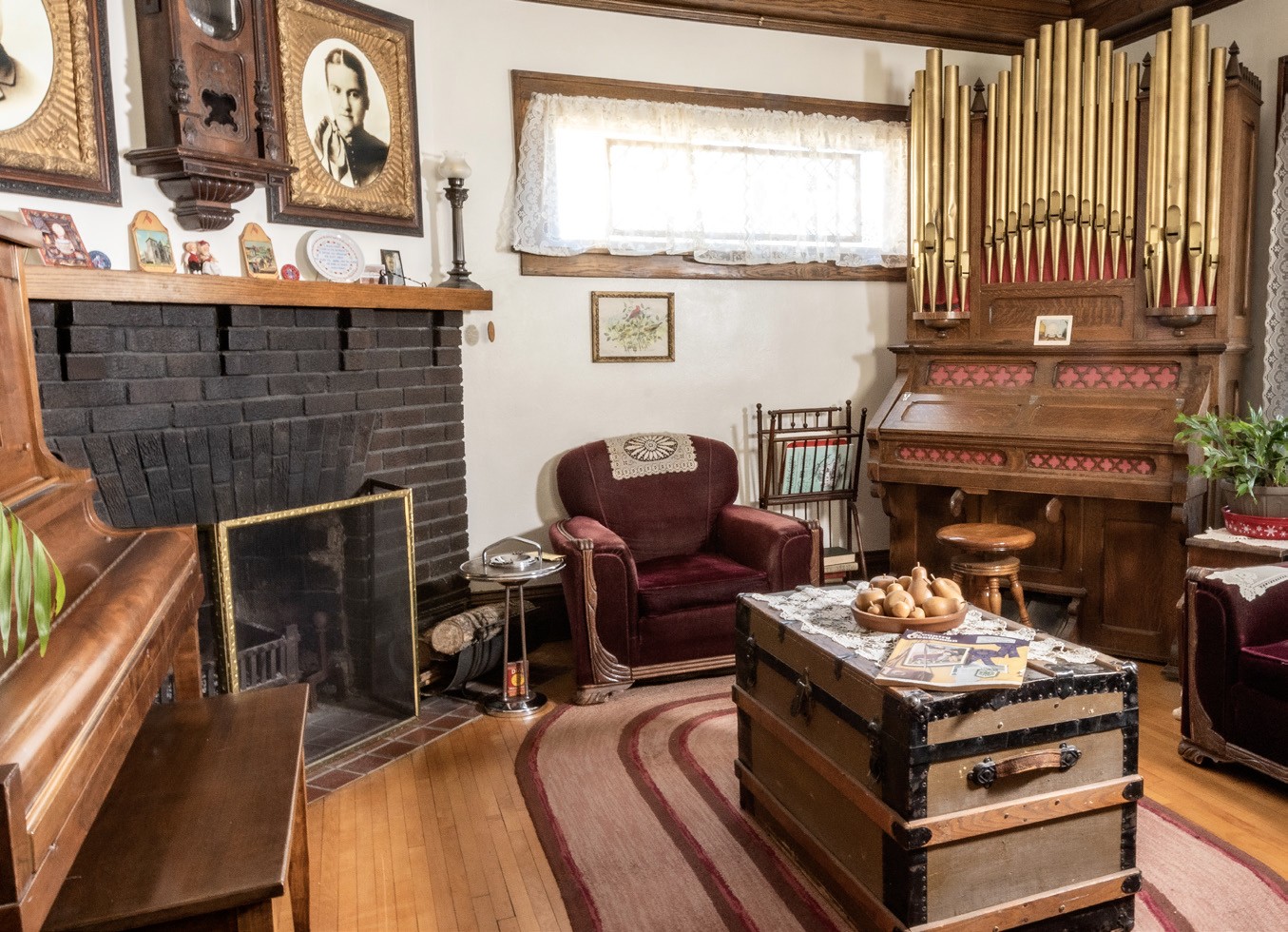 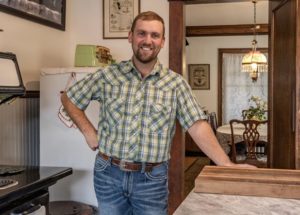 Homeowner Jamin Krause purchased the house in 2017 and has worked on it non-stop ever since.

Jamin Krause is a hard worker. He works two to three jobs on a regular basis to earn money. Not for a car collection, not for travel, not to get rich, but rather to support his addiction. His addiction happens to be his house and all the things in it.

The first thing that happens when you step into his living room is your jaw drops. Then, confusion overcomes you. How? Why does a thirty-something bachelor live like this? The confusion stems from the fact that every square foot of the house is decorated with furniture and items from the home’s early time period. No, he didn’t find it like this. This is his collection of mostly family heirlooms, auction items, flea market finds, and a couple of reproductions.

“I have always liked antiques and period homes. My great-aunt had a house decorated similarly. I feel that’s where my inspiration came from. However, I wanted everything to look period-perfect,” Jamin explained. 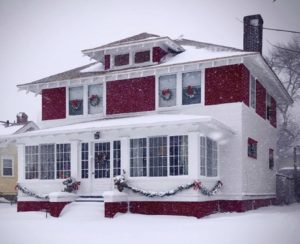 No detail has been overlooked. Furnishing the rooms is probably the easy part compared to what he’s done to conserve the 1914 Craftsman home located on South Kline Street. When asked if he had to do much, Jamin replied, “Yes, both cosmetically as well as mechanically. Carpets and wallpaper came out, floors were waxed or refinished, cast iron plumbing that was crumbling was replaced, windows were re-glazed, grading happened around the house for better drainage, landscaping, and 28 gallons of paint went on the outside. Not one room looks like it did when I bought it, except the main floor toilet.”

Some modern conveniences in the home include “A mini-split AC, thermal cellular shades, insulated roof, and I made the attic usable,” Jamin continued. He also fenced in the back yard and created a gated parking area.

It takes a certain type of person to appreciate old houses. Old houses are, as Jamin agreed, full of character from substantial woodwork, built solidly, and often feel as if they have a soul. That feeling maybe comes from imagining previous families living there and what their lives must have been like in 1915, 1940, 1960, etc.

“There is a sense of history,” Jamin said. “I like to think of those who lived here before. The maids in the kitchen, the different generations of kids that crept down the stairs on Christmas morning to see what Santa brought, the different conversations and arguments that occurred in the different rooms.” He said he feels more like a caretaker and conserver rather than an owner.

The home’s original owner, according to Jamin’s extensive research, was William C. Blanchard. He built it in 1914 as a wedding gift to his new bride, Blanche. Blanchard came from Traverse City, Michigan, around 1905 and met Blanche, an Aberdeen native. He was first a teller in the First State Bank alongside Isaac Lincoln (NSU’s Lincoln Hall’s namesake). Later, he became president of the Aberdeen Light and Power Company, which was eventually sold to Northwestern Public Service in 1919. He was also a member of the First United Methodist Church, YMCA, school board, and helped found the Home Guard during WWI. The Blanchards remained in Aberdeen until 1927, when they moved back to William’s native Michigan.

Jamin bought the two-story house in 2017. He said he was looking for a project. He certainly got one. Each of the bedrooms upstairs is completely unique, featuring a dominant color, wall art, collections of knick-knacks, fabrics, drapery, and period furniture. Everything is meticulously placed, arranged, and displayed with an eye for detail, not unlike a Hollywood set decorator. He also enjoys decorating for the holidays and seasons, with Christmas being his favorite.

Jamin might be a motivated employee, but his house project is probably more demanding than all his jobs combined. And he wouldn’t want it any other way.