Art & Culture
Checkmate
Adding The Queen’s Gambit to your list of must-watch shows is one of the best moves you can make in your TV viewing lineup this spring.
By James Heisinger | March/April 2021 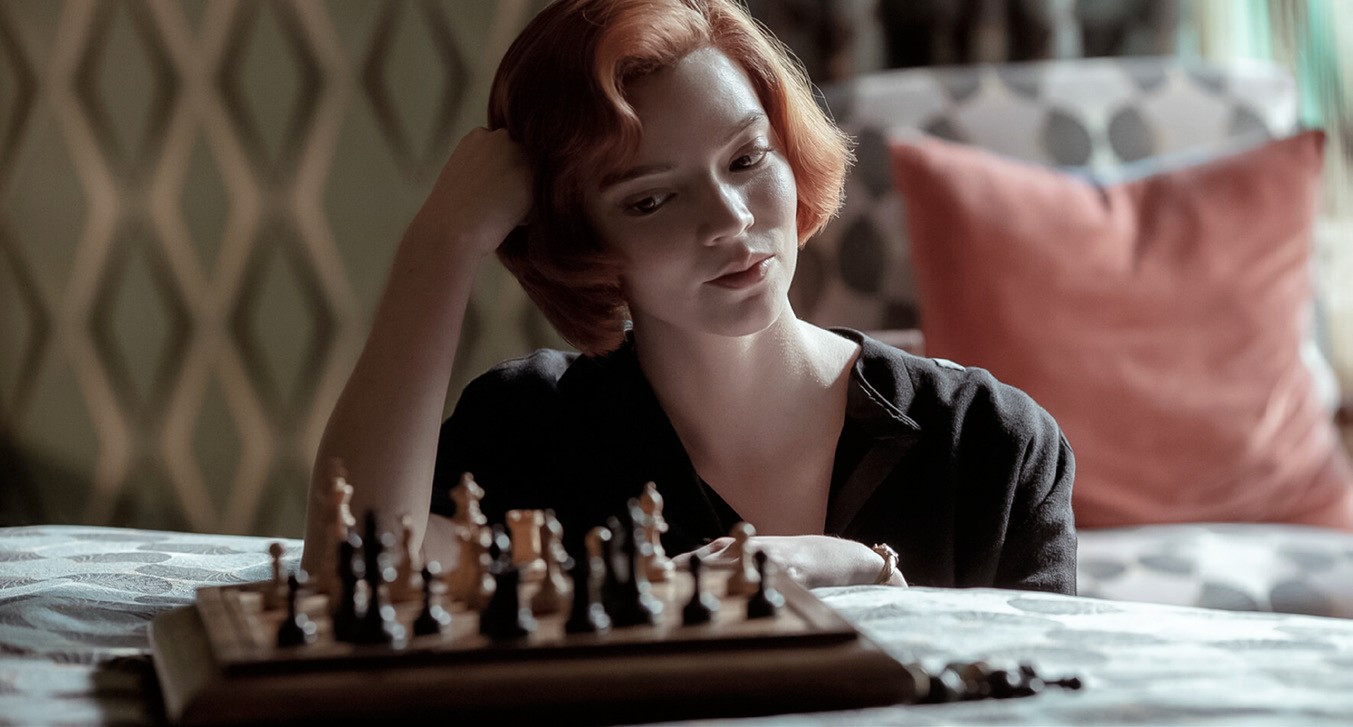 I’ve only played chess maybe two or three times in my entire life. I vaguely know the rules and couldn’t begin to understand the strategy, so suffice to say I’m a pretty terrible player. So, in a lot of ways, I’m the perfect audience for one of Netflix’s latest original series, The Queen’s Gambit.

The Queen’s Gambit is based on the 1983 novel of the same name by Walter Tevis, which traced an interesting intersection between second-wave feminism and sports. More than almost any other sport, chess was dominated by men, especially high-minded intellectual men who viewed chess as an expression of and an opportunity to flex their “superior intelligence.”

The main character, Beth Harmon (played wonderfully by Anya Taylor-Joy), is at the center of this story and its thematic crossroads. Beth grows up in an orphanage, where she picks up the game of chess at age nine from a friendly custodian and immediately begins to excel in it. Her talent is eventually introduced to state and local chess coaches and leagues, soon proving that her skills are far beyond the confines of her hometown in Kentucky.

Throughout every tournament Beth competes in, only once does she face another woman in a game of chess. Taylor-Joy’s performance, partnered with lavish production design, and a fast, technical script, coordinate the series’ most interesting ideas. Similar to Tevis’ novel, Beth’s most profound struggles lie in the clashes between the masculine world of chess and her striking femininity, as well as her public and private perceptions.

Navigating a world where her very presence feels like a challenge to the established norms takes a toll on Beth as she garners more and more acclaim and success. The public and much of the chess community use her gender and young age to push a narrative of her being a prodigy incapable of failure or setbacks. These standards, despite not being set by Beth herself, become an enormous burden. The clean, polished, and faultless perception of Beth by outsiders is brilliantly contrasted with Beth’s internal psychology, which is absolutely terrified of failure and embarrassment, and is without a doubt, imperfect.

The Queen’s Gambit is now Netflix’s most-watched scripted miniseries, with over 62 million users tuning in, and for good reason. I hadn’t thought about chess in years, and while this show didn’t necessarily improve my chess skills, I have to admit it did reignite my interest somewhat. Right after I finished the series, I decided to play a game of online chess against a computer (I lost).

This is one of the most engaging, fresh, and sweeping series available to watch right now across any streaming service. Be sure to “check” it out.