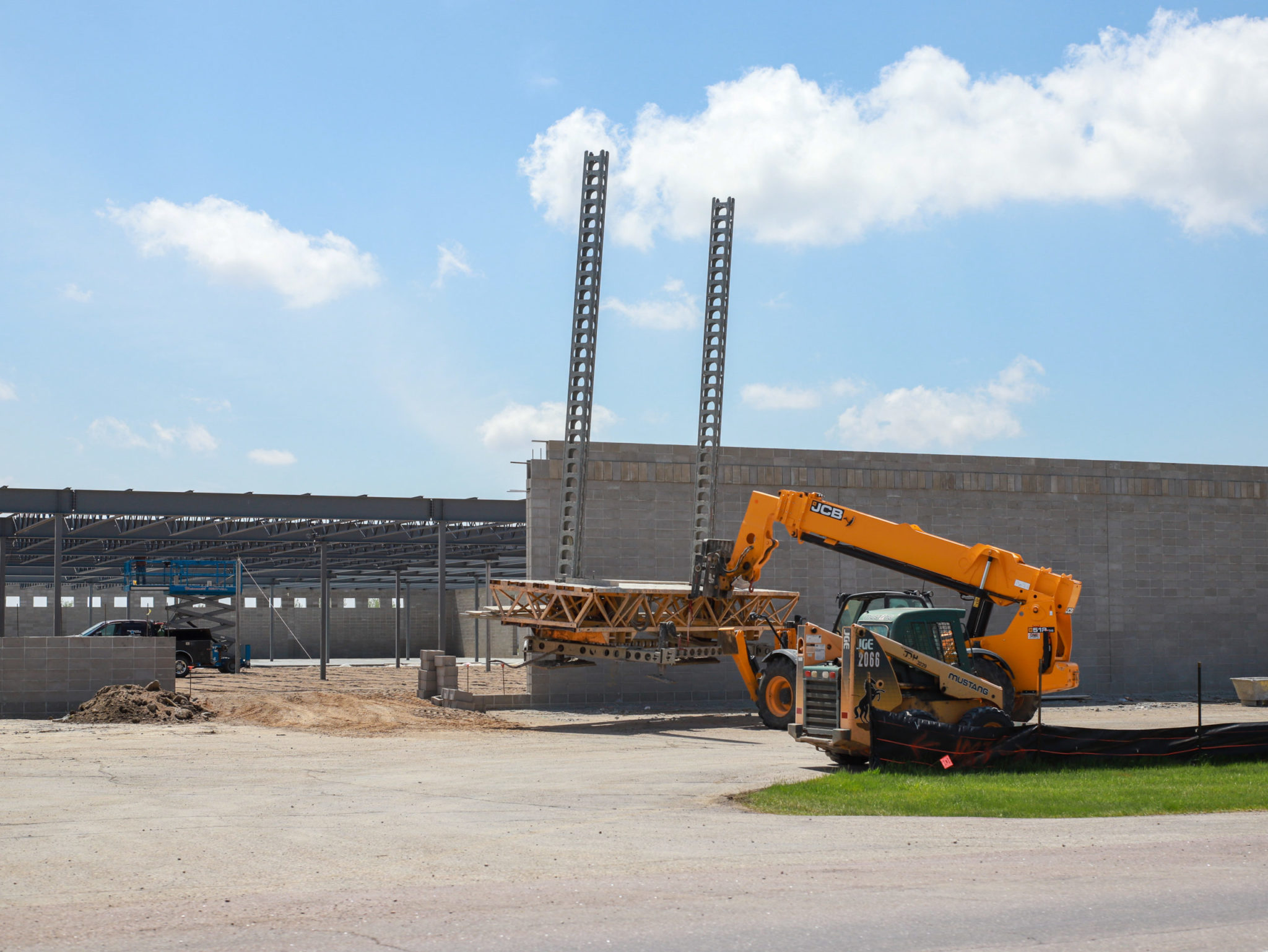 The new Banner Engineering addition will add 45,000 square feet of space to the existing building.

The construction that began in mid-March on the Banner Engineering facility is expected to wrap up in the later part of July. The expansion on the building cost nearly three million dollars, and the company has also invested in multiple pieces of equipment for the new space that will be brought in once the space is finished.

Tim Hanigan says that, fortunately, the mild end to winter and early start to spring has allowed the construction to stay on schedule. Tim is the Senior Production Manager and is responsible for the plant engineering operations in both Aberdeen and Huron as well as the general oversight on day-to-day operations.

The new expansion will add 45,000 square feet to an existing 66,000 square-foot building. This nearly-75 percent increase in production space will allow the company to meet manufacturing demands that come from a growing worldwide market for their products. The Aberdeen facility specializes in surface mount production and the manufacturing of finished good sensors.

Banner has been hiring on a rolling basis since last fall. The company hired an additional 70 employees between September and May and, as of May, employed around 330 people. Tim says based on what they have been experiencing and with the corporation’s projected sales growth, they will continue to expand their workforce for the next year or two. // – Symmone Gauer

For more information on the project or to apply for a job, visit www.bannerengineering.com.