Your City
Did You Hear the News?
The former American News building was sold in May to Sovereign Grace Church, and both organizations look forward to their new homes.
By Symmone Gauer | July/August 2021 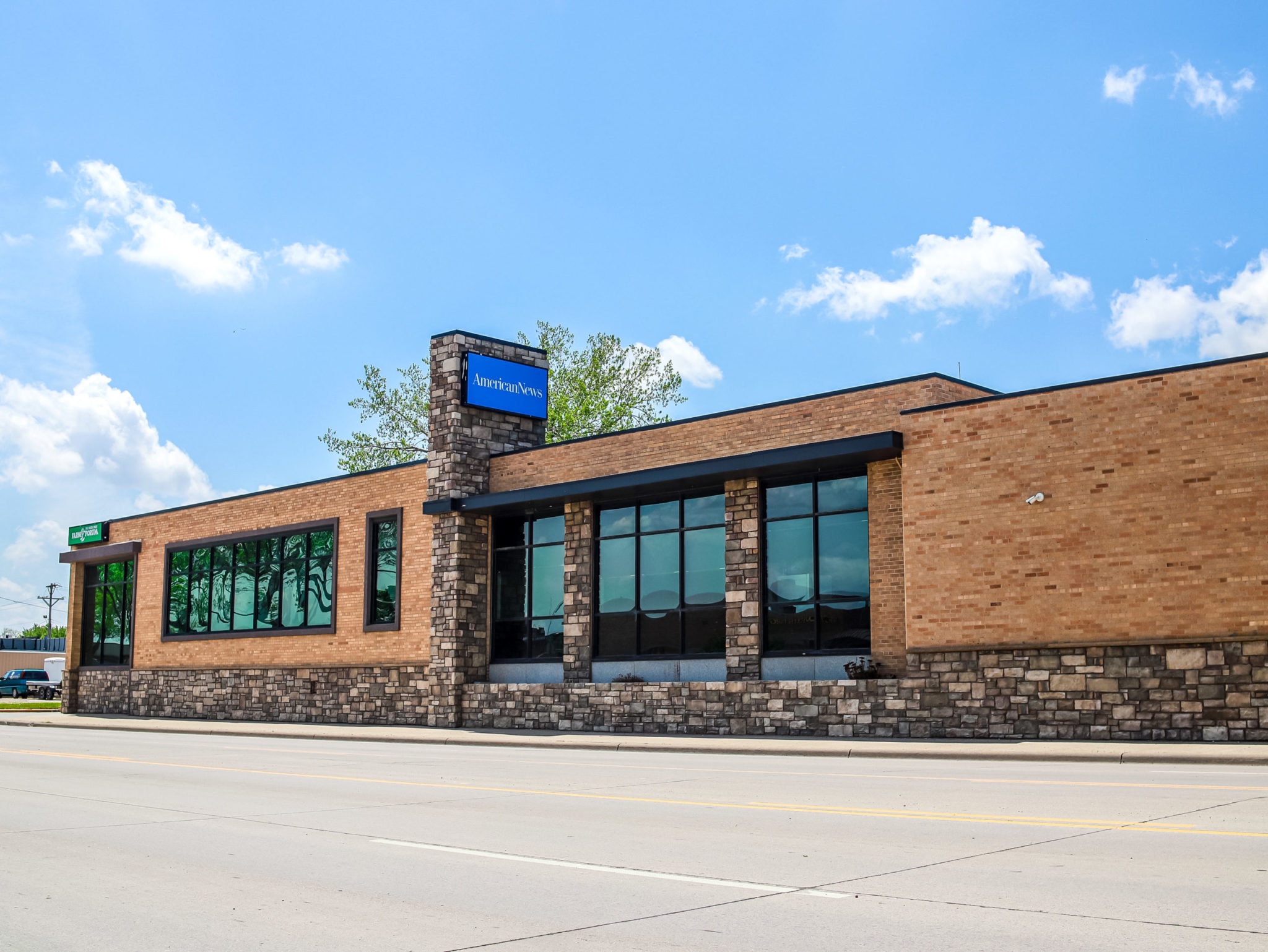 The former American News building on Second Street was home to the newspaper for 70 years. 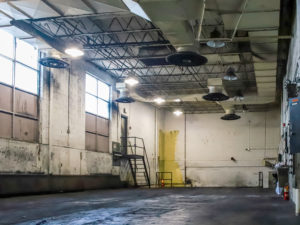 This massive room on the north side of the building once housed the printing press, which was torn out in April.

Many people think of the familiar building on Second Street and cannot remember a time when it was not associated with the newspaper, especially as its sign overlooks the busy street. The building had belonged to American News since it was built in 1950, but in June, the News left the building.

The 14,000 square foot building that was once home to the newspaper was made for a printing press, so the layout is not one of a typical commercial building. With the printing press no longer being used, the building was simply too big for the paper’s needs, giving them reason to move.

The sale officially closed on May 27, but since the printing press was torn out in April, all news staff occupied only one side of the upper level for a short time to allow room for the church to begin renovations.

The Rev. Scott Ristau said that, much to their surprise, the building was already well suited to their needs and would lend well to a sanctuary and gathering space.

“We also want to have a visible presence in the community because we believe we have the best news in the world,” Ristau said. Working alongside Ristau, the Rev. Sam Ellyson is another pastor at Sovereign Grace Church.

Renovations on the former news building are still underway, but “Lord willing,” Ristau said, “we will be able to begin meeting in the new space in fall of 2021.”

The church has a congregation of about 90 members, but approximately 130 people attend the Sunday morning service. All are welcome to attend service.

Changing with the Times 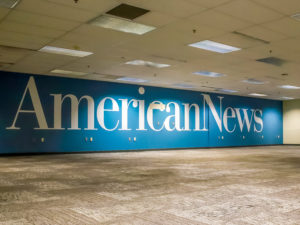 The former newsroom stands empty as Sovereign Grace prepares to move into their new space.

Change isn’t new for the newspaper industry, especially considering the trend towards online publishing in the past two decades. Ever since its founding, the American News has been accustomed to change.

The Aberdeen newspaper was first founded in 1885 by C.W. Starling and Paul Ware. Soon after, the paper merged with the Ordway Tribune, whose printing press allowed the company to become a popular daily paper for the area.

Throughout the years, the paper has changed ownership several times. In the 1920s, many different competitors bought out the paper, and eventually the Ridder family bought and managed the American News. They oversaw the construction of the building we know today.

Years later, in 2006, the American News merged with McClatchy news agency. Soon after, it was purchased by Schurz Communications, and again in 2019 by GateHouse Media, which then merged with and became Gannett.

Gannett made a centralization effort to move all the printing in the area to Sioux Falls, so the Aberdeen printing press hasn’t been in use since the spring of 2020.

But Scott Waltman, current editor at the American News and someone who’s worked there for over 21 years, said the pandemic has been bigger than any other change he’s seen in his career.

“Nobody prepared me for that,” he said.

Many of the people at the newspaper have been working at home since the start of the pandemic, and Waltman said being back in the same place will be good for communication. He was not upset with the move and instead saw it as a fresh start and a place to bring everyone back together.

“I’m looking forward to working with my coworkers in this new and exciting space,” Waltman said.

The American News moved out of its former location June 15 and into a different building downtown where a new and smaller space means everyone can be much closer.

“I’m just glad that the newspaper’s going to stay in town,” Johnson says.

Now both the newspaper and the church have a new place to call home. //