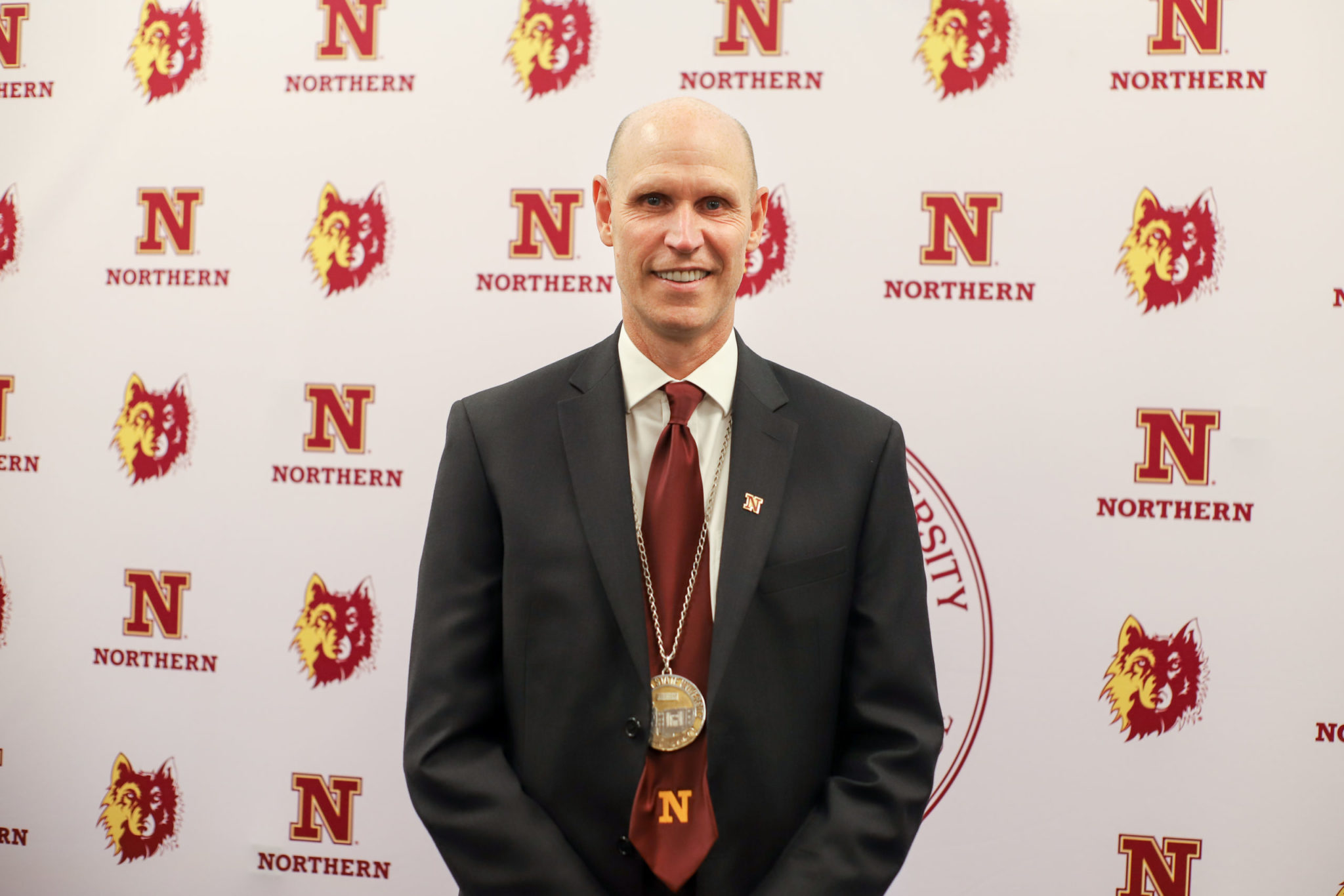 Dr. Neal Schnoor is the 18th president NSU has had since its founding in 1901.

Dr. Neal Schnoor became Northern State University’s 18th president on July 1. Schnoor said it’s thanks to the community, NSU staff, and members of the Board of Regents that he’s had a smooth transition to the university.

Schnoor had about a month-long period where he worked as both president of NSU and at his previous position as chief of staff at California State University Long Beach. Prior to that, he was senior advisor to the chancellor for executive affairs at the University of Nebraska Kearney and the dean of the School of Education and Counseling at Wayne State College in Nebraska.

Schnoor has a Ph.D. in education and a master’s in music from the University of Nebraska Lincoln. He also served as a band director at three high schools in Nebraska.

“Northern has great students, a faculty and staff who are deeply committed to student success and serving the public good, and a remarkable community that is passionate and supportive,” he said at a Board of Regents meeting in June.

With the school year just starting, Northern students and staff can look forward to a great semester with their newest president. //

Keep up with Northern news online at northern.edu/news.