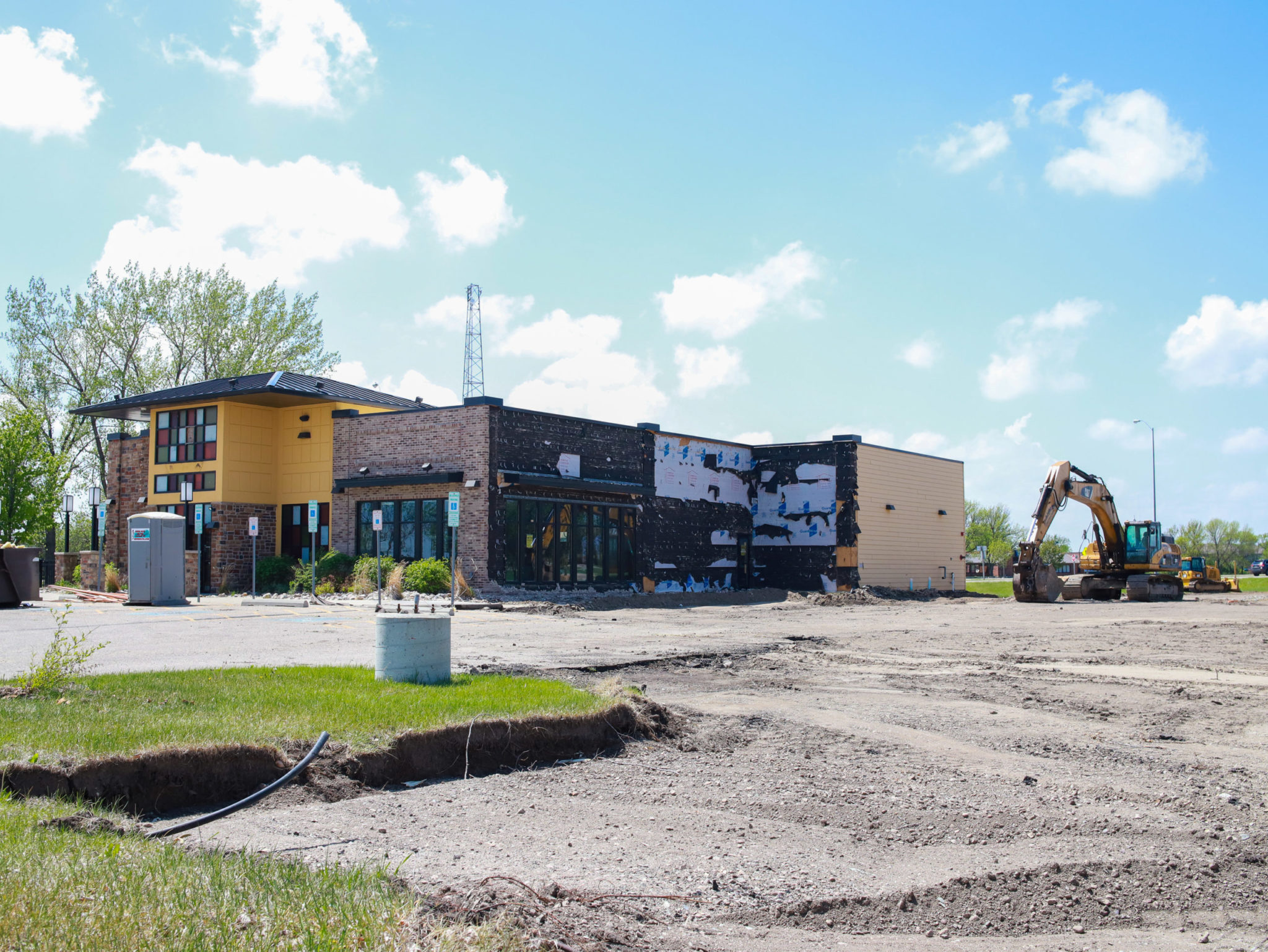 The former Max and Erma’s restaurant is being converted to a new gas station/bar/restaurant/casino called Street Corner.

Residents on the north side of town can look forward to the opening of a new business. The well-loved Max & Erma’s restaurant may have closed back in April 2019, but just a month later, the building was sold to new owners and is now being turned into Street Corner Urban Market.

This all-inclusive facility will include a Sinclair fuel station, a car wash, a family-friendly sports bar, a casino, and Urban Market. Urban Market is a superette, which is similar to an expanded C-store with fresh produce, grocery, and restaurant-quality made-to-order food.

Two additions are being added on to the main, existing building that was once Max & Erma’s. When finished, the space will be approximately 8,500 square feet. As of May, construction was about halfway done. The new car wash is being built separately from the main building.

The Street Corner franchise has locally owned locations across the country, and the new owners of this business are Toby and Liz Doeden and Kevin and Kara Pharis. They had hired a nationally leading research company called IMST to perform a market study on the Aberdeen area to determine what the highest needs were.

“We wanted to pursue a project that most benefited Northwest Aberdeen residents and our visitors from the north,” Toby Doeden said. He also mentioned they have not yet started the hiring process for regular staff, but they are looking forward to opening the new business to the public this fall. 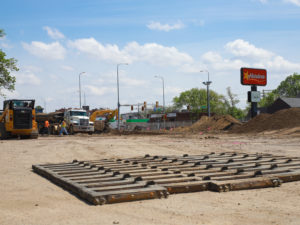 As most people are aware of by now, Hardee’s on Sixth Avenue closed abruptly on January 3, making way for the new Tommy’s Express Car Wash. Demolition of the former Hardee’s building started this past spring, and construction for the new building is expected to wrap up sometime in November.

Tommy Car Wash Systems is a national chain founded in 1969 based out of Holland, Michigan. The new facility will be 5,550 square feet and will include a 130-foot dual belt conveyor system, a tire shine service, a body wax service, and a self-service interior cleaning and vacuuming site.

Customers can even sign up for the Tommy Club Membership Program to receive unlimited washes. The facility will have a license plate scanner that allows enrolled members to drive right through onto the conveyor belt.

The company also specializes in green and energy-efficient technology, such as using recycled materials for the buildings and a clear roof design that eliminates the need for electric lighting during most operating hours. Every location uses an advanced water reclaim system to use 60% less fresh water than washing at home.

All the facilities are independently owned and operated. The construction management company for the new site here in Aberdeen is Paces Lodging Corporation, a company based out of Fargo, ND.

As of April 2021, there were 61 Tommy’s Express Car Washes in operation across the country with over 230 sites currently in development and/or under contract both nationally and abroad. This will be the first Tommy’s Express location in South Dakota. //

Not every car wash stays a car wash forever. Here are a few that have been repurposed for other uses.

Several businesses, including Precision Drywall, operate out of a former car wash on the corner of South 16th Street and Sixth Avenue Southwest.

Located at 720 Sixth Ave. SW., across from JR’s Furniture, this retired car wash is now known as Advanced Automotive.

Catching Fireflies Boutique on the corner of Lawson and Sixth Avenue Southeast was originally built as Deluxe Car Wash.