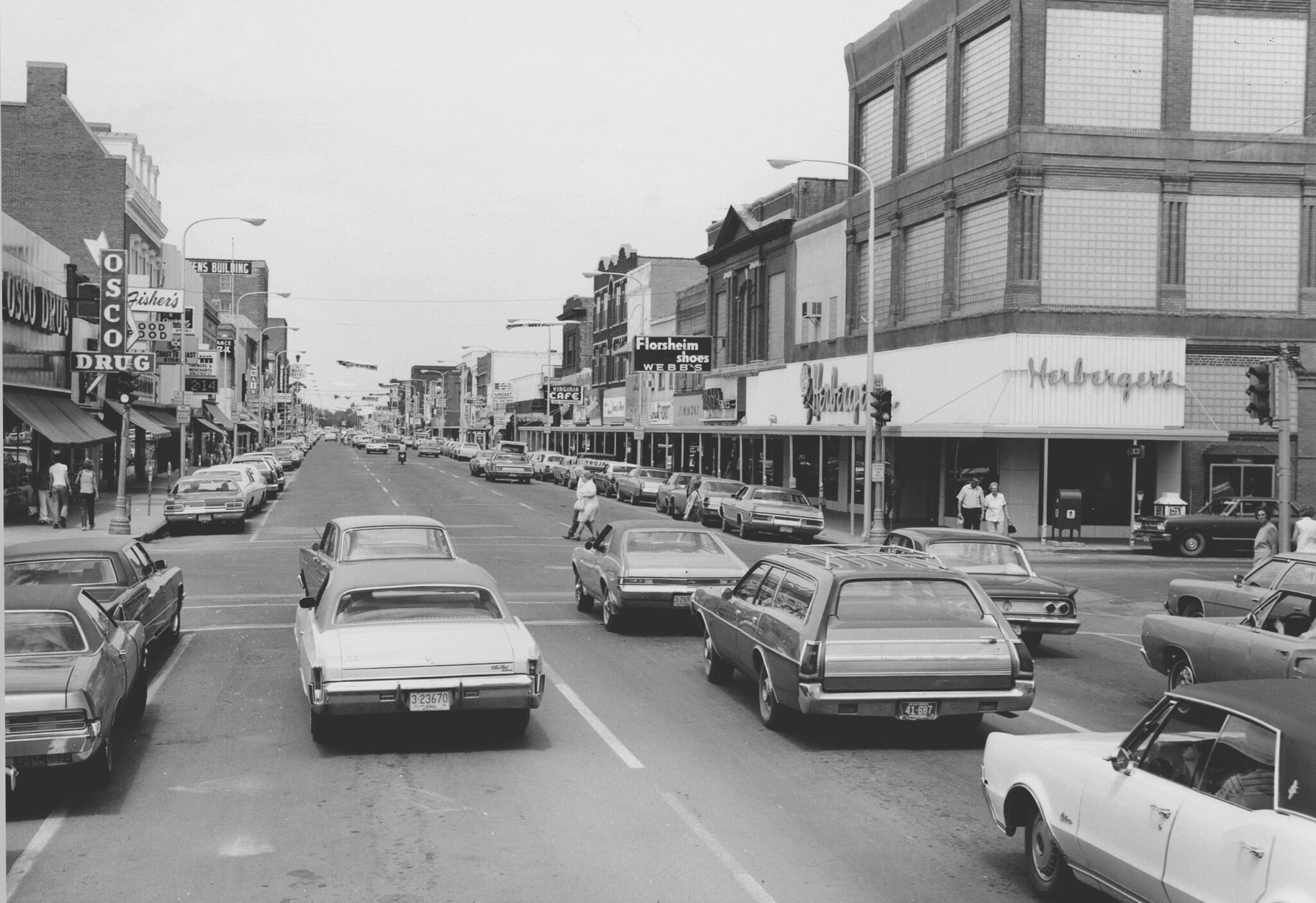 Traffic in Aberdeen’s downtown business district has been configured in a variety of ways throughout our history.

The Aberdeen Downtown Association (ADA) has invested in a series of projects to revitalize downtown Aberdeen. The next big proposal for ADA is to convert Main Street from a one-way to a two-way street.

The idea to switch back to a two-way downtown is nothing new to South Dakota and other cities across the country. “Studies show downtowns with two-way main streets are generally safer, have increased traffic counts (vehicular and pedestrian), and have higher sales and property values,” ADA President Spencer Sommers said.

The first step simply involves re-striping and adding stop signs at the intersections. Replacing the stoplight on Main Street and Sixth Avenue will require more time and planning in this initial phase with implementation as early as Spring 2022. With careful development, a second phase could lead to changes to the streetscape, sidewalks, and parking layout.

For the most part, input from the community for a two-way downtown in Aberdeen has been positive, and between online and in-person petitions, over 100 people support the conversion. After 43 years of one-way traffic, downtown Aberdeen may be ready for a change. //—Josie Clemens

To learn more about the two-way Main Street project and to sign the online petition, visit www.aberdeendowntown.org/two-way-main/.