Your City
Aberdeen’s Unseen Heroes
A veterans organization made of members from The American Legion, the 40 et 8 in Aberdeen is involved in several areas of service.
By Annie Scott | November/December 2021

South Dakota’s 40 et 8 boxcar from France sits in a semi-enclosed structure on the state fairgrounds in Huron. Boxcar photo by Stephanie Staab. 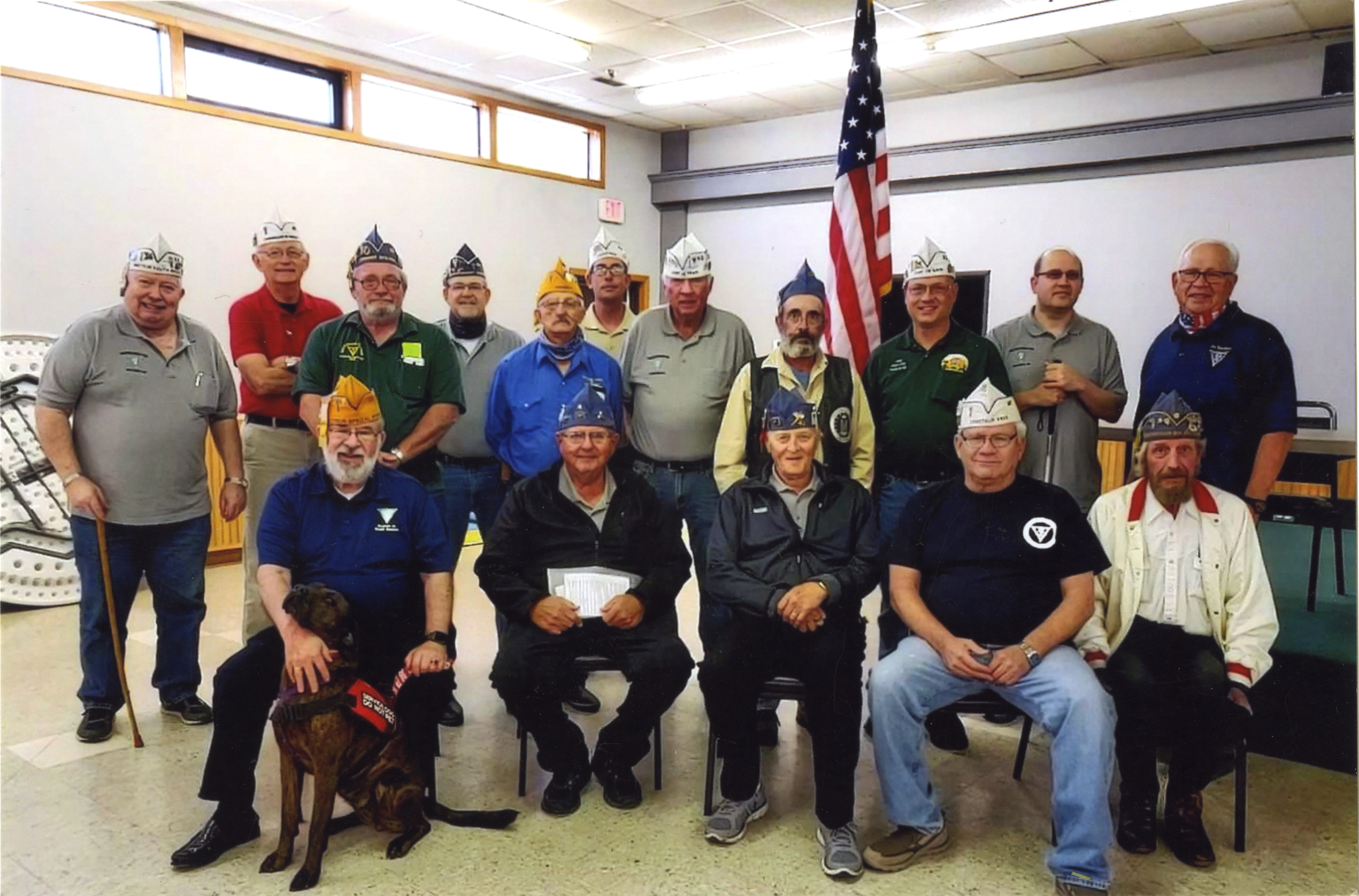 The 40 et 8 group in Aberdeen won a national award at the 102nd Promenade Nationale for adding the highest number of new members (12) in the nation. Photo courtesy of Ron Krogman.

Our very own Aberdeen branch, however, recently turned 40. But in those 40 years, they have made many accomplishments in aiding the town.

Established after World War I, La Societe des Quarente Hommes et Huit Chevaux—the Society of Forty Men and Eight Horses—received its name from the writing on French boxcars stating that they could carry forty men or eight horses. Later, France sent 48 box cars filled with gifts in thanks for aiding them in the war. 38 of those box cars are still in existence, including South Dakota’s very own that can be seen on display at the state fairgrounds in Huron.

Formerly an extension of the American Legion, the 40 et 8 are officially their own independent organization. Today, though, the 40 et 8 has shifted its expertise from train cars to helping locals in need. According to Ron Krogman, Grande Chef de Gare of Aberdeen, they have three main focuses—nursing, child welfare, and house fire relief.

In the past two years, Ron said that they have donated $12,000 in scholarships and grants to Presentation College. For students to benefit from these gifts, the only requirement is to be enrolled in a nursing program.

Child welfare is another cause of the 40 et 8. Each year, they organize a Christmas party for the residents at the New Beginnings Center. Gifts, games, and food are staples at the event, provided thanks to their fundraising throughout the year.

“The best part is the banana splits,” Ron said.

Another lesser-known effort from the 40 et 8 occurs after house fires.

“Our goal is to get brand new clothing to children in house fires within 48 hours,” Ron said. “We can get other donations to them, but it’s nice for kids to have something new for themselves after they’ve lost everything.” 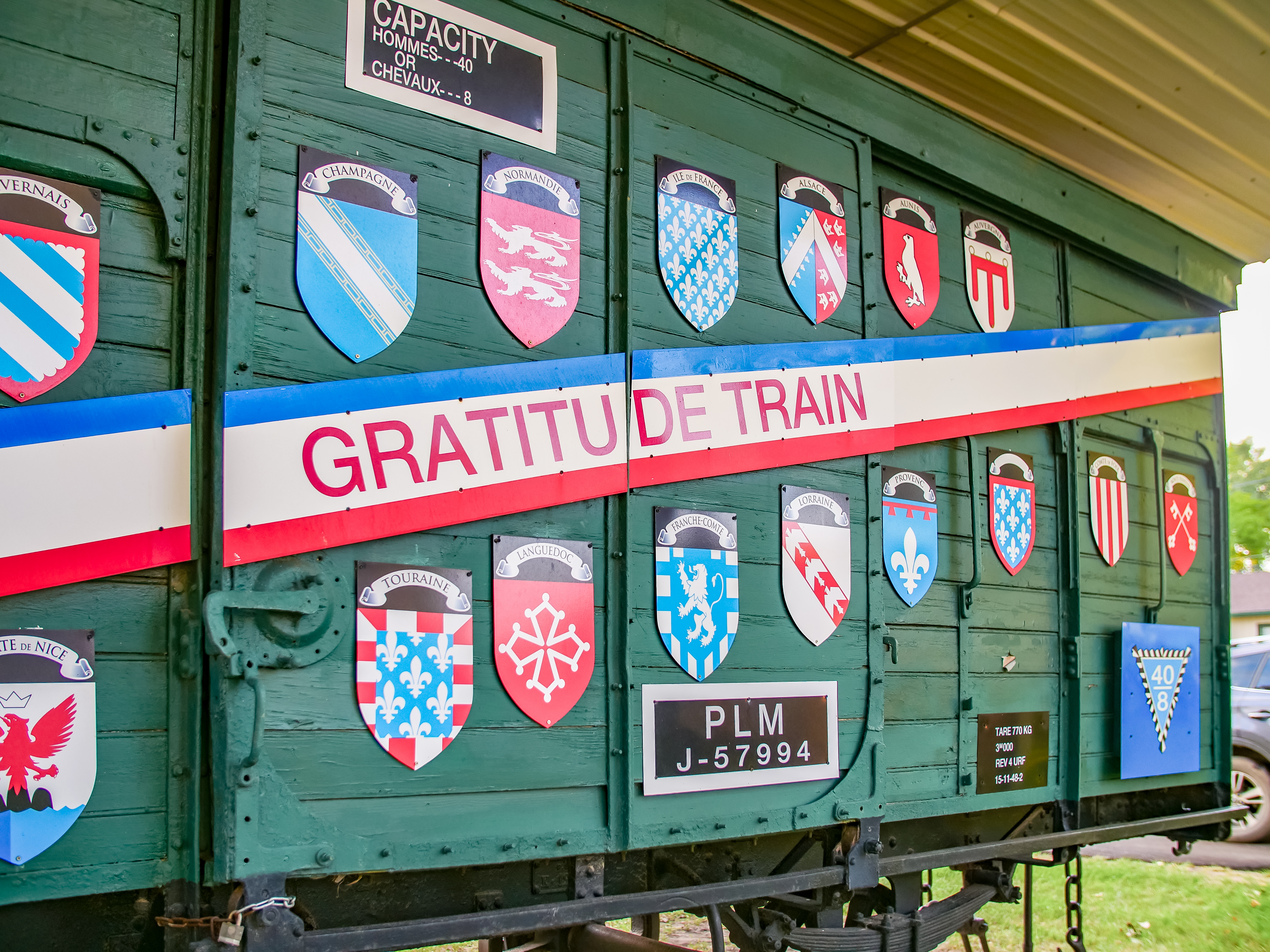 The commemorative plaque near the boxcar in Huron tells the story of the 40 et 8 boxcars from France.

The 40 et 8 also help with various other veterans’ causes in Aberdeen, such as Aberdeen Area Veterans, Inc. Currently, they are working to raise money to build a dedicated building where all veterans organizations in the area can meet and host events in town.

In addition to their acts of charity, the 40 et 8 elects a law officer of the year, hero of the year, and one of their own, a voyageur of the year. Those elected are then sent on to state level.

The idea for 40 et 8 surfaced in 1920, initiated by founder Joseph W. Breen in Philadelphia. The purpose was to create an honor society for The American Legion that gave soldiers, sailors, and Marines who shared wartime experiences an opportunity to have fun. The national constitution was adopted in 1921 along with the establishment of national headquarters in Seattle. The honor society grew into a service group that focused on several causes including child welfare, nurses’ training, and youth sports.

Membership into 40 et 8 is by invitation only to honorably discharged veterans and serving members of the United States Armed Forces.