Open House
A Family House with Historic Status
The John Firey House on Arch Street is full of Aberdeen history, but it’s a cozy home for the Graf family.
By Troy McQuillen | January / February 2022 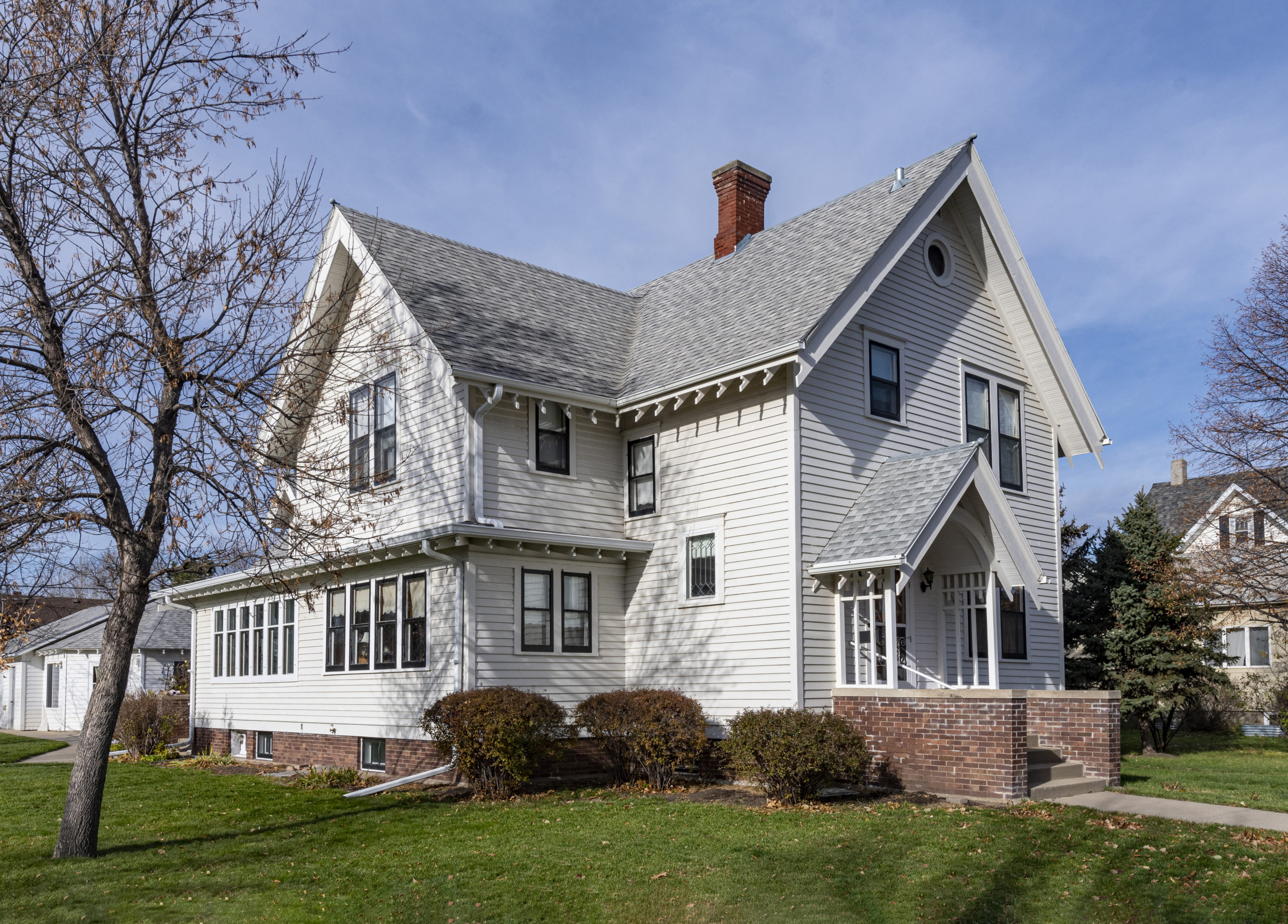 Every year I guide a walking tour of the Hagerty and Lloyd Historic District located immediately east of downtown. We spend a lot of time discussing architectural styles and share a few stories of Aberdeen pioneers who lived in some of the 100-plus-year-old houses in the neighborhood. Although I never plan it, the tour group (sometimes as many as 20 people) is almost always greeted by Rene Graf, standing on the front porch of her historic home at 418 S. Arch St.

She invites us in for a quick tour of the main floor and a brief history of the home’s original owner, John Firey. Rene tells of the romance between John, who came to Aberdeen in 1882, and his wife, Susan Mack. She talks about John’s main profession, as he was Aberdeen’s first pharmacist. She mentions he was the postmaster, a politician, city finance commissioner, a board member, and immigration officer for the Milwaukee Railroad. As a realtor and developer, he built business blocks (Engel Music building) and hotels, one specifically for immigrants.

She explains that Firey built this house in 1883, and as his family grew, he added on several times. His daughter, Mary Margaret (Antleman), eventually took over ownership of the house. Then the house was sold to Rene and Dave Graf in 1979.

Homes of this age come with a fair amount of history and memories. Normally that history goes with the family when they vacate the house. Not so with the John Firey house. Rene is knowledgeable about the Firey family because, for whatever reason, John kept all sorts of correspondences, receipts, train ticket stubs, remedy formulations, books, and even love letters to and from Susan, and left them in the house for Rene to discover (and eventually organize). The quantity of material was so overwhelming and extensive that she and the house were featured on HGTV’s If Walls Could Talk in April 2001.

While she does have modern, comfy furniture, she also has collected and acquired many antiques and artifacts that are displayed in the home. Even though Rene’s brief Firey history is fascinating, my tour group attendees are mesmerized by the woodwork, the pocket doors, the floors, and the thrill of going inside one of the houses on the tour. She is very proud of her house and truly enjoys sharing it with others. While the woodwork is stunning, Rene remembers when it was all painted white and is constantly reminded of the hours she spent stripping doors, trim, and moldings to restore the beautiful wood.

The passion she has for preserving this house is never-ending. Just last fall, she dismantled the balustrades on the second-floor balcony, stabilized them, repainted them, then reinstalled them. Her immediate plans are to remove the carpet from the staircases next. Despite her passion to preserve the house, she still sees it as the house they live in—not necessarily as the historic landmark that it is—wanting no special recognition for her efforts. IIn fact, she never mounted the National Register of Historic Places plaque on the house. It sits behind the couch in the parlor.

Unfortunately, this mention of John Firey is only a fraction of his impact on Aberdeen as a pioneer. He deserves a much bigger story or even a book about him. We are grateful that his house is brilliantly and lovingly preserved by the Grafs, so future citizens can traipse through it on an impromptu walking tour invite or marvel at its stateliness on the corner of Arch Street and Fifth Avenue Southeast. //