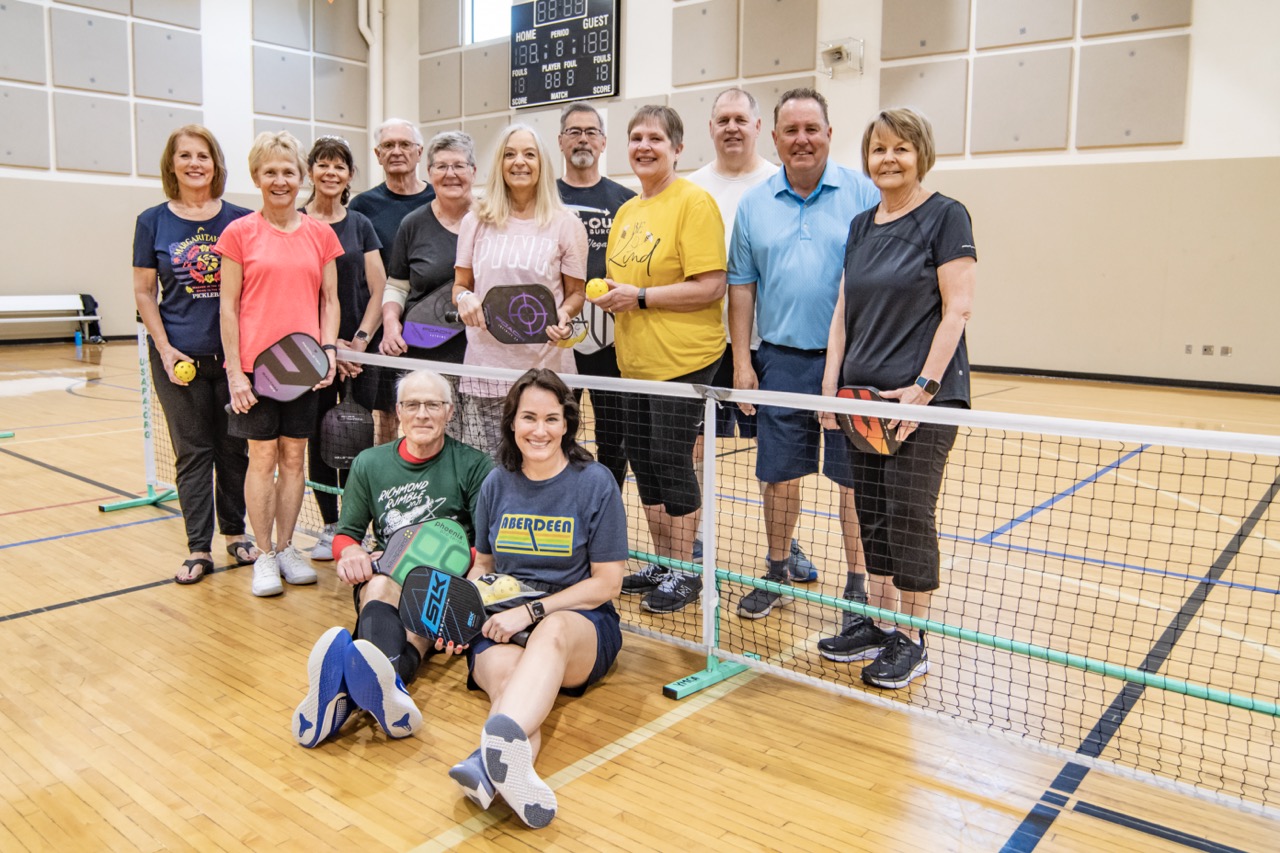 Any weekday morning from about 8:00 AM to nearly noon, you can find anywhere from 12 to 16 people at the YMCA in Aberdeen playing America’s fastest growing sport: Pickleball!

Pickleball is an easy, fast-moving court game that draws from elements of tennis, badminton, and ping-pong. Anyone can play; it’s easy to learn, and it seems the primary objective of the game is to have fun.

Although the sport has been around since 1965, its popularity has skyrocketed over the past decade. I learned about it from AARP Magazine. It’s especially popular with retirees, but all ages enjoy the sport and range from beginners to national pros. 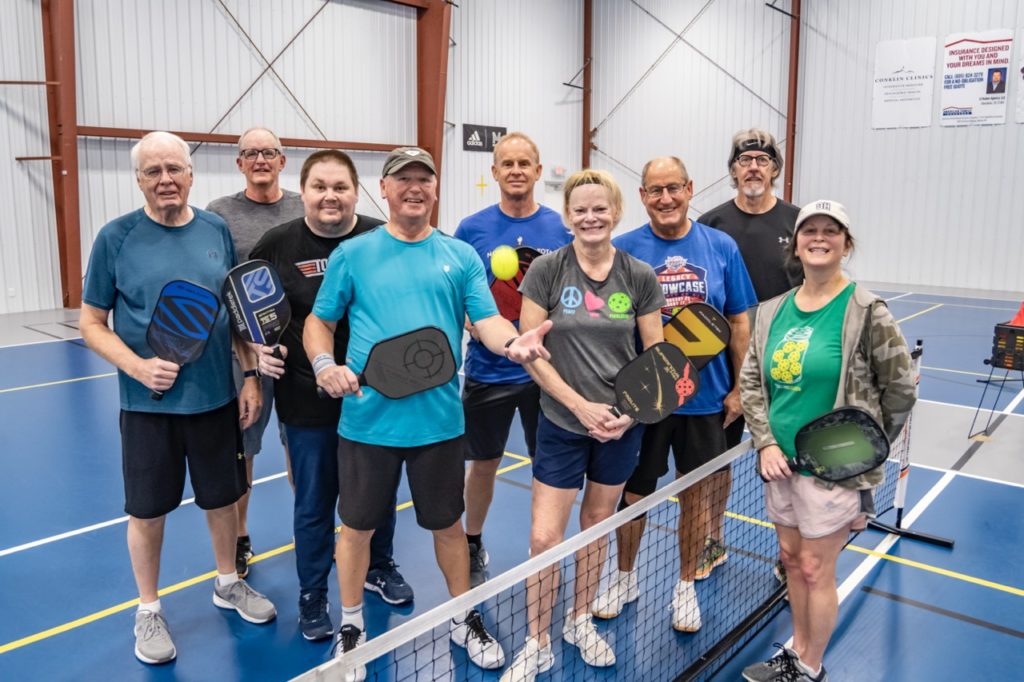 Aberdeen got serious about pickleball in 2016. Mark Zerr, a retired UPS driver, was there. “In 2016 we had a group of about 15 that attended a meeting at one of the rooms at the Y. We just kind of passed the word, ’Hey, this is what we’re going to discuss. We’re going to try and get outdoor courts built in Aberdeen.’”

Zerr and his fellow pickleball enthusiasts were successful in making the case for new courts. In 2017, three of them presented to former Mayor Mike Levson and the City Commission to introduce them to the sport. Doug Johnson was the Director of Parks and Recreation at the time. His commitment to the project was instrumental in securing a federal grant from the Land and Water Conservation Fund that covered about 50% of the cost to build new courts. The first grant was rejected, but the second grant was accepted. With some additional money from the city, and a delay due to COVID, the bids finally went out in April of 2021 for new contracts in May. The courts opened last August.

Mark Hoven, the current Director of Parks and Recreation, remembers it this way: “It really came about because of pickleball enthusiasts who wanted to see it. They wanted to get the sport outdoors here and have their own courts.” The city decided on Manor Park for the outdoor courts. Ultimately, the courts cost about $188,000, and the city contributed about half of that amount. 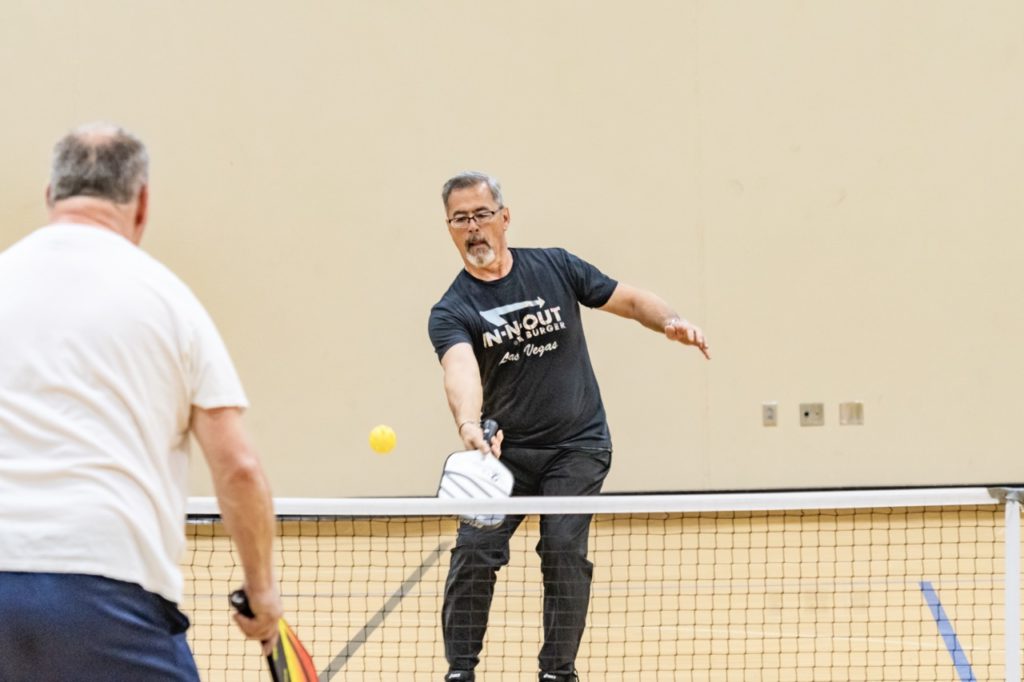 Zerr and his team helped design the courts with the help of the USA Pickleball Association that provided blueprints to the city engineers. The original design was for six courts and an overflow court so Aberdeen could host more tournaments. They wound up with three courts, and Zerr and others I spoke to are eager to secure funding to add on the remaining courts.

“For me, it’s the most fun way for me to get exercise,” says Parsons, a retired USPS Postmaster. She retired five years ago, and picked up pickleball shortly afterwards. Parsons has been playing continuously for five years.

Sieben and her husband both play pickleball. Sieben has been playing for about two years since she retired from Wells Fargo here in Aberdeen. She explains the way it works at the Y: “There’s a sheet. It’s set up that you can have as little as four players, or as many as 16. We all number off in the morning; you always have the same number. What’s nice is we get to rotate and play with everybody, and we only play for 10 minutes. This way, everybody rotates in and out.” 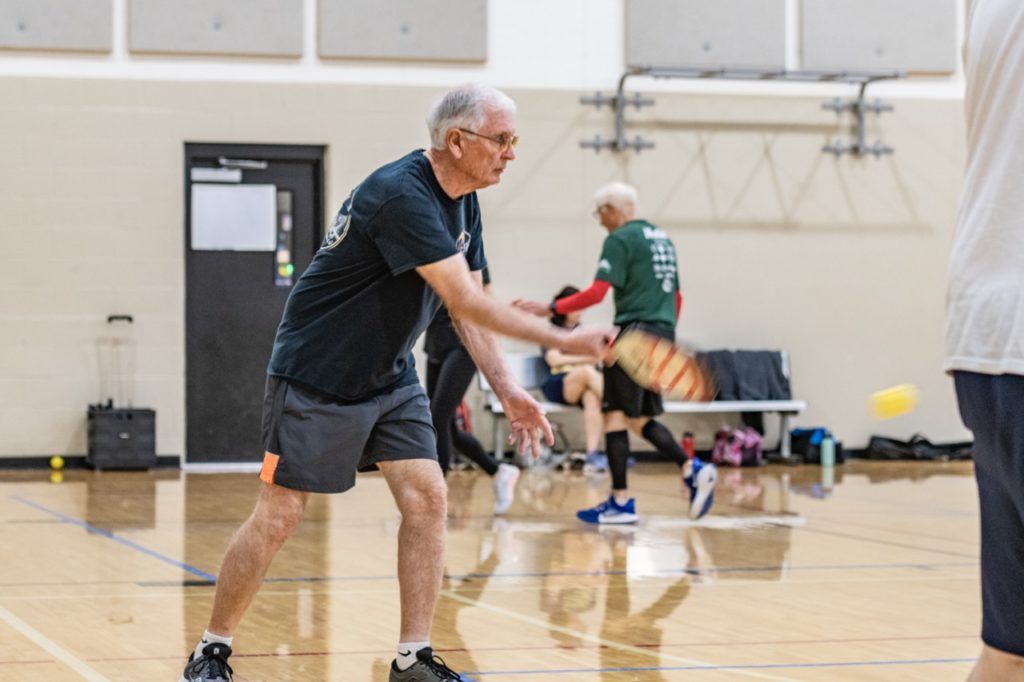 Zerr estimates there are about 75 to 100 people who play pickleball in Aberdeen. What’s interesting about the pickleball phenomenon is that it’s primarily a grassroots movement. The spirit that launched the sport in the 60s still propels it forward. The game’s name is derived from the neighborhood parents that started the sport. According to Zerr, they had a cocker spaniel named Pickles, and when Pickles ran away with the game’s wiffle ball, one of the founders’ wives would shout, “That’s Pickles’ Ball! Leave him alone!” The pickleball name stuck as the game took off around the country. It’s widely believed to be one of the fastest growing sports in America according to the Sports & Fitness Industry Association.

Today, here in Aberdeen, there are about 20 or so players who compete statewide and nationally. Zerr and his partners qualified for the National Senior Olympics in Fort Lauderdale, FL. In Sioux Falls, Avera Health is developing 12 pickleball courts at an estimated price tag of $1.5 million. Zerr says when he returns to Aberdeen from competing in Florida, he’s going to focus on getting organized to finish the courts in Manor Park, as well as put a little structure around the avid pickleball player scene like they have in other towns such as Watertown and Brookings. //

Where to Play Pickleball in Aberdeen