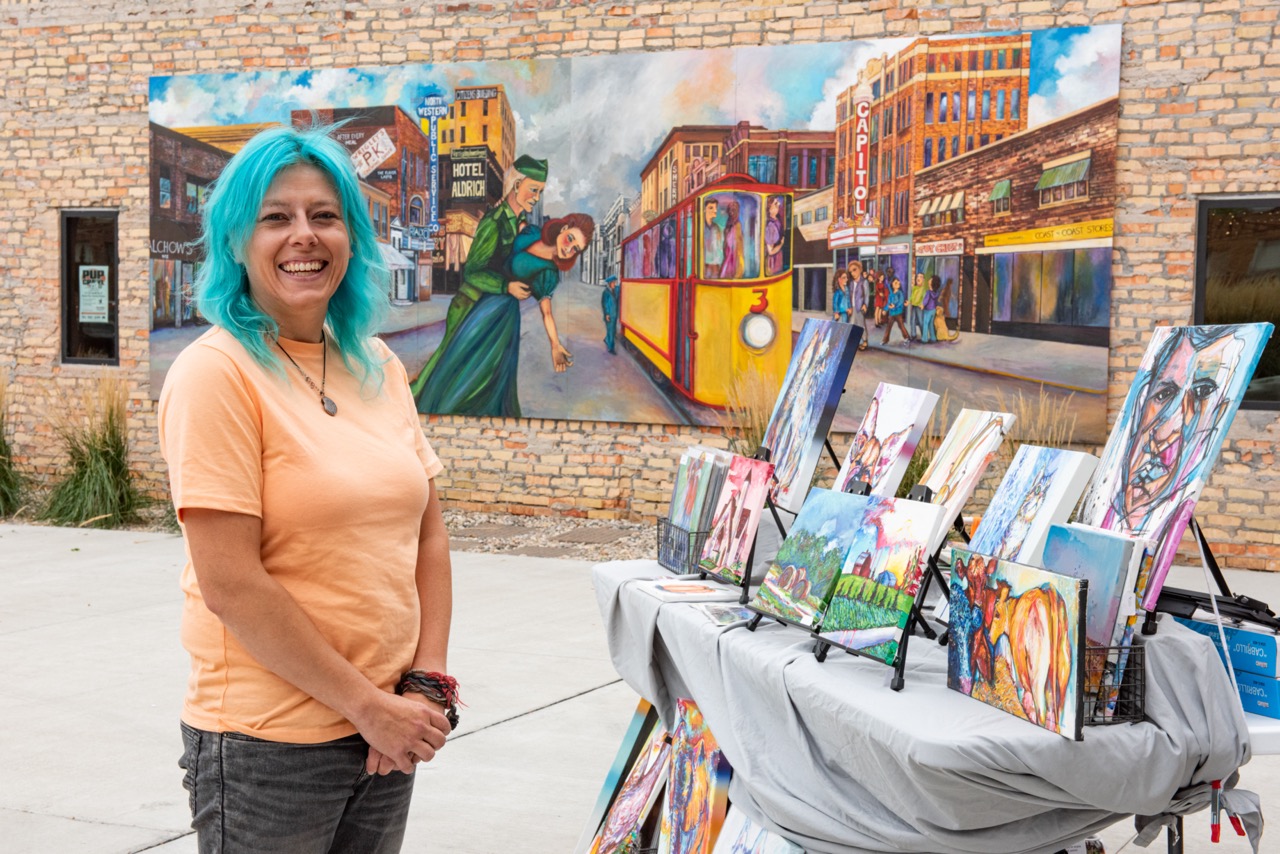 Linda Roesch set up her art in front of her new mural for a downtown wine walk in September. Photo by Troy McQuillen.

Malchow Plaza has a new mural. Area artist Linda Roesch won a contest to produce the new mural titled “Step Into Aberdeen’s History.” Linda often paints directly on large walls and was a little concerned about painting on 4 x 8 panels in her apartment.

“I was really worried about them lining up once they got installed,” Linda said. After installation, it was the first time she got to see it in its entirety. “I painted them in sets of two panels at a time lined up all around my apartment,”

The painting reflects a mishmash of eras, businesses, and scenes in Aberdeen’s historic downtown. This is the second mural installed in the new Malchow Plaza. The mural was supported by a grant from the John S. and James L. Knight Foundation’s Aberdeen Fund in the South Dakota Community Foundation. The Aberdeen Area Community Foundation acted as fiscal sponsor for the grant and worked with the Aberdeen Development Corporation and Aberdeen Area Art Council to facilitate the project. //—Troy McQuillen