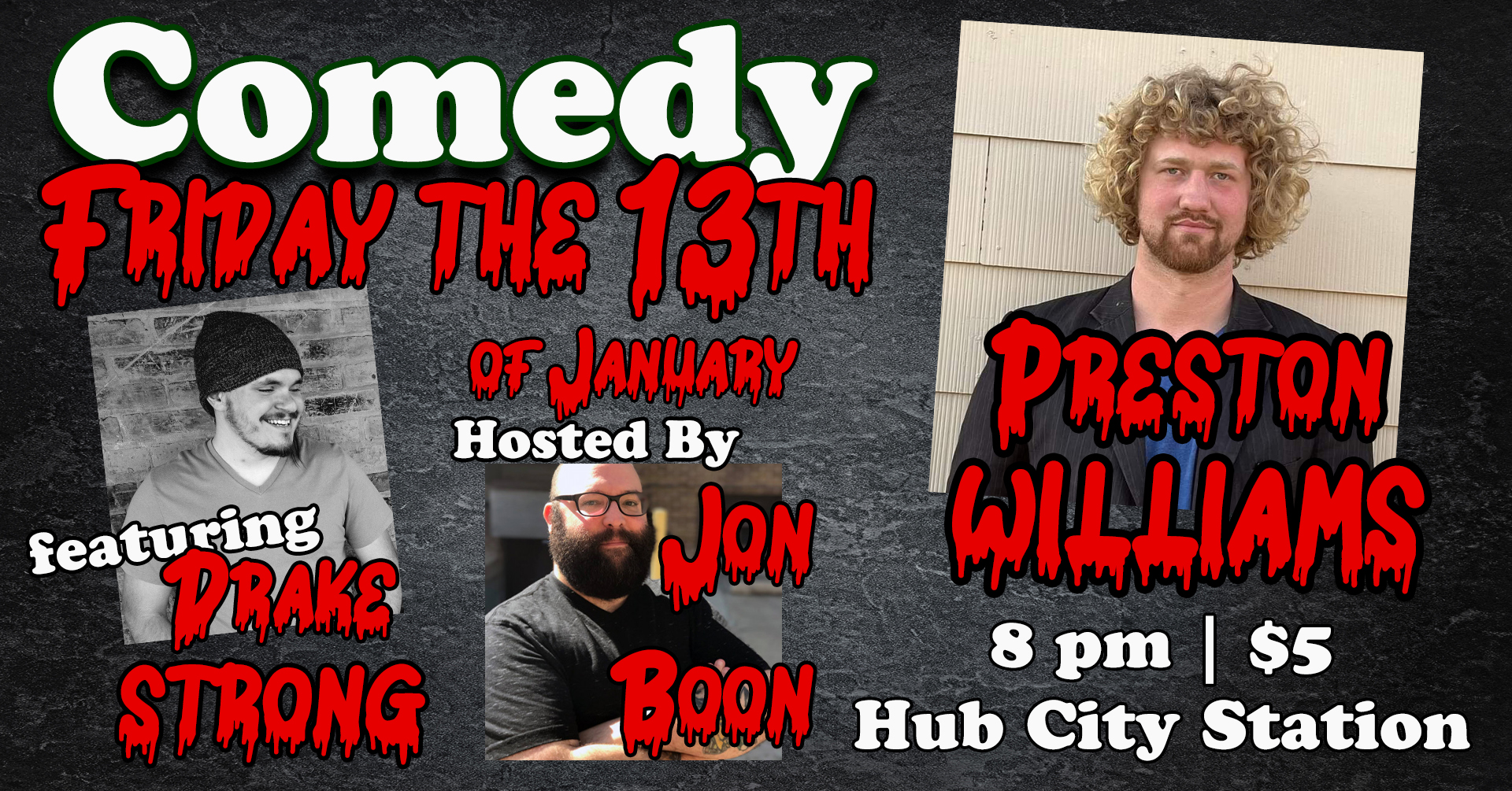 Join us on Friday the 13th with two great comics off the road, Preston Williams and Drake Strong, hosted by our very own Jon Boon!

Preston Williams is a young, energetic comedian who has performed on stages large to small and is dedicated to bringing a great show to any stage he performs on. His authentic fast-paced style paired with his story-centered comedy always makes for an entertaining show.

Drake Strong has performed across the upper Midwest, in the SnoJam Comedy Festival, & runs an open mic in Sioux City. His style is observational, personal life and odd humor with a dark twist at times.

J﻿on Boon is a regional comic and trivia host originally from Tennessee and currently from Aberdeen, who has featured with Mary Mack and performed at the Sno Jam comedy festival. He regularly hosts comedy events at Hub City Station in Aberdeen.

Tickets available online at hubcitystation.com or at the door.