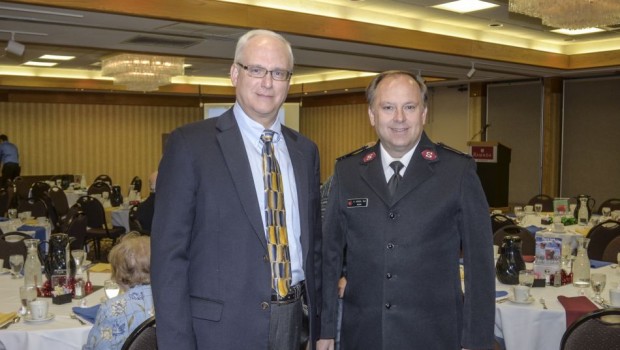 Published on June 10th, 2014 | by AberdeenMagazine

The Bells are Ringing for the Salvation Army

The Salvation Army’s annual Red Kettle Kick-Off was on Friday, November 15 at the Ramada, in the form of a community breakfast. Mr. David Giovannini from Molded Fiberglass presented the “kick-off challenge” as this year’s honorary campaign chairperson. This year’s giving goal was set at $195,000 and funds raised will be used to help local households in need throughout the coming year. The kickoff marks the beginning of red donation kettles and enthusiastic volunteers, ringing in the season.

Sales Tax Is Up →