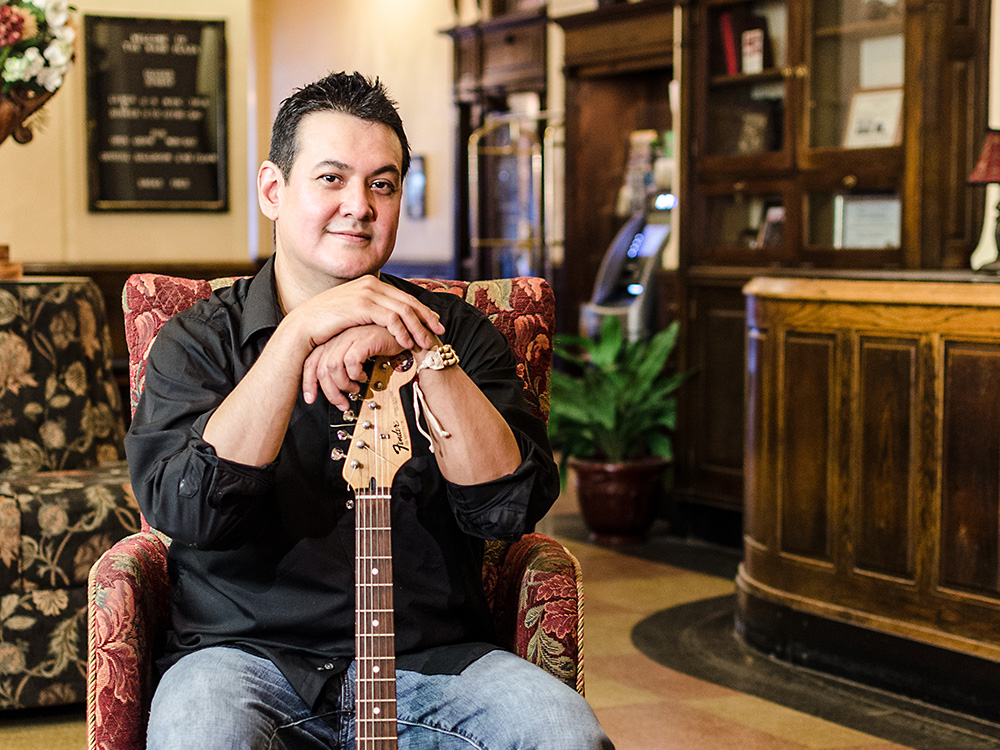 Pride in Darren Geffre’s Native American heritage infiltrates the sounds and lyrics of this local musician’s acoustic performances. Darren Geffre grew up learning to play music in Aberdeen. Then he decided to take his musical career to the next level by touring in the Native American music scene both in South Dakota and New Mexico. While on tour, he would visit Aberdeen to speak to area Native American youth about empowerment and overcoming obstacles.

Darren plans to continue inspiring young Native Americans in pursuing their dreams, by demonstrating how they too can achieve their goals by deriving strength from their heritage. “As long as I am breathing, I will always help inspire my people to be everything the creator put them here to be,” Darren explains. And Darren is a true inspiration. At the height of his musical career, he was nominated for two Grammies and had a rotation spot on Clear Chanel Radio.

Since Darren retired from tour, he’s continued performing locally, supporting such events as Culturefest, an annual community event that takes place each fall on the campus of NSU (check out our Top 5 on page 40 for Culturefest event details). This December, Darren will organize his own live music event, the Kitchen Christmas Concert, bringing together local singer-songwriters and regional talent to celebrate the season. Darren got the idea to put on a live event for a good cause from the Kitchen Concert acoustic jam sessions he’s been holding in his own kitchen on Saturday nights. “I have local musicians come over and I release a new song each week on my YouTube channel.” You’ve got to check it out.