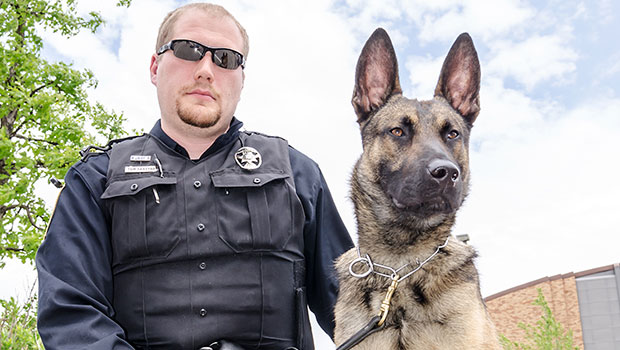 Aberdeen’s New Police Dog is Here to Clean up the Streets.

Say hello to the newest member of the Aberdeen Police Department, Neko! Coming to us all the way from the Netherlands, Neko (pronounced Nee-Ko) is Aberdeen’s first drug dog to arrive in the force since 2002. He was obtained through a Dutch breeder who bred him specifically to be a drug-sniffing dog. Neko is a Belgian Malinois, which is one of the most common breeds for police dogs, alongside Dutch and German Shepherds. But this sixteen-month-old still had work to do before his training was complete.

Neko’s handler, officer Tom Barstad, explains, “He actually came to us with absolutely no training, he was a complete green dog.”

His training began in April and finally became ready for duty some time in mid-June. Since Officer Barstad is Neko’s dedicated handler and caretaker, they live together in order to strengthen the dynamic of their partnership. Because of this, he knows the level of dedication that it takes to get a new police dog ready for the field.

“It is a lot of work. You’re going to put more work into this than you’re ever going to get back.” Even so, Officer Barstad knows that Neko will be an absolute boon to the Aberdeen Police force. //