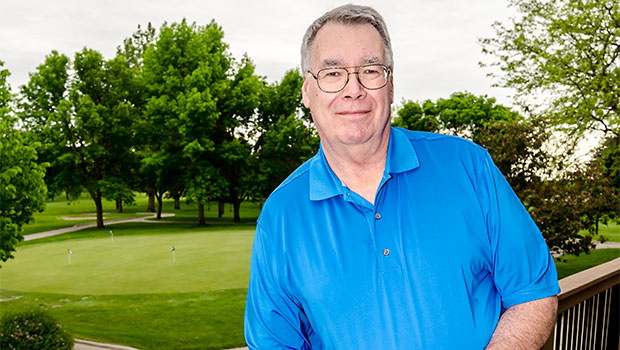 If you have been to Lee Park Golf Course recently, you will have noticed that there have been changes happening. Most of those changes revolve around having open space. Whether it was changing the inside of the clubhouse to feel more appealing or cutting down some trees on the course to facilitate the playing of the game, all these changes and more has been the work of Lee Park Golf Professional Dennis Gavin.

Gavin, a PGA certified professional golf instructor has been working on making the course more viable towards the average player.

“We have added both a junior golf program, and a free lesson program at Lee Park. Finally this year, we are instituting a pace of play initiative to train all our players the need to keep up, and not let the hole they are playing take more than 13 minutes.”

When asked what influenced him to become a professional Gavin said, “I started playing golf at the age of 12 caddying at a local country club. They allowed us to play on Mondays, and they held a caddie tournament at the end of the summer. My first tourney I shot 156! However, I really enjoyed playing, so I started to practice with purpose. By the second caddie tournament I won it shooting a 76, and started down the road to a career.”

“Once I got finished trying to play competitively on a mini-tour (not as successfully as needed), I had to choose a different career. I chose to be a golf professional at a club above going to law school. Once I choose this career, I realized that a person needed to join the PGA of America if there were to be good opportunities to succeed. It takes about four to five years to pass various tests, which I was able to do, and I became a PGA member,” said Gavin.

Born and raised in Denver, Colorado, Gavin spent 20 years as a golf professional in Minnesota, including a stint as assistant professional at Hazeltine Nation Golf Club. He then spent seven years as a golf pro and course manager in Oregon. Right before he came to Aberdeen he was the general manager at a 36-hole facility in the Phoenix area for five years. His wife, Katherine, lives with him here in Aberdeen while his daughter and grandchildren live in Chandler, Arizona.

When Dennis isn’t working at Lee Park he likes to go fishing and the occasional round of golf, go figure. But in the winter he is honored with teaching classes for prospective golf professionals that are attempting to become PGA members themselves. For that type of coaching he is sent to Florida. Which seems to be a pretty good gig, “No one seems to believe me when I tell them how hard I work during these sessions,” says Gavin.

Lee Park has added many new players in the last couple seasons with their golf programs for all age groups, and free lessons on Tuesday nights from 6 pm – 7:15 pm beginning back in May. “How much do they cost? THEY ARE FREE!”

So get out and hit the links and stop by for some free lessons from PGA member that trains up and coming pros. You might learn a thing or fore.