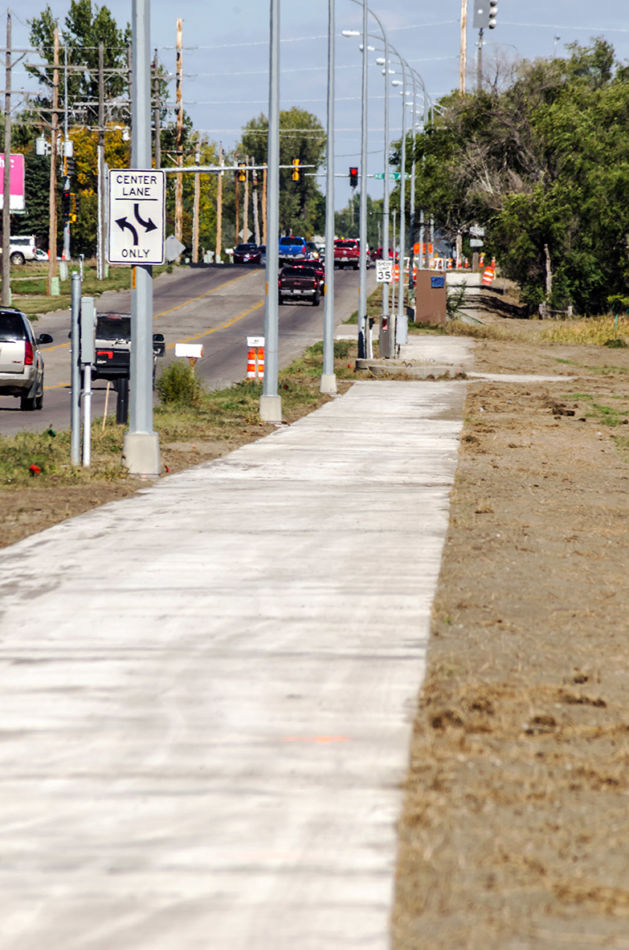 The Parks and Recreation Department has given us a reason to be more active this winter, in the form of a new bike path along Roosevelt Avenue. The recently finished path has finally completed the connection between Melgaard Road on the south end of Aberdeen and Fairgrounds Road on the north. Construction began around the end of August of this year and took about a month to complete, under the supervision of Lien Transportation Company. Once completed, the trail was inspected by the South Dakota Department of Transportation and shortly after, made open to pedestrians.

This particular stretch of sidewalk was dreamt up twenty years ago, as part of a master plan for all the pedestrian trails within the city limits of Aberdeen, though they did not have the funds at the time to begin construction. A recent application for and approval of state money allowed them to realize the completion of this part of the trail. Future sidewalk plans within the next year include putting in similar bike paths in areas where on-street paths already exist, in order to increase safety for bikers, pedestrians, and drivers alike. // — Erin Ballard