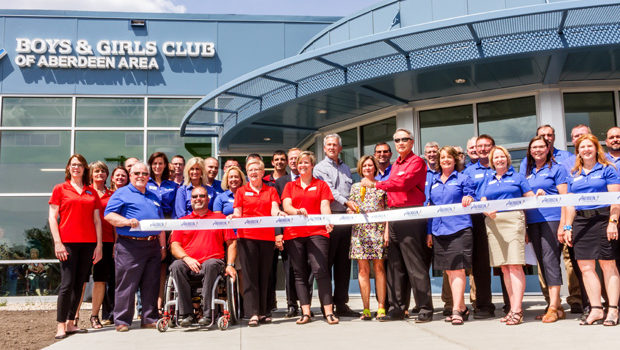 Published on September 8th, 2017 | by AberdeenMagazine

On June 6, the new Boys & Girls Club facility officially opened its doors to the public after five long years of fundraising. Mayor Mike Levsen, Lt. Gov. Matt Michels, the president and CEO of the Boys & Girls Club of America Jim Clark, and others spoke at the grand opening to celebrate this momentous occasion. The new facility is 30,000 square feet – nearly double the size of the old building, and can accommodate up to 1,000 people. New features include a game room with pool tables, ping-pong tables, Foosball tables and board games; a teen room stocked with iPads, computers, and an Xbox; a brand new gymnasium, classrooms, a cafeteria, and a fenced-in playground. As many as 500 children a day are expected to attend this year. // — Becca Simon

All Hail the Queens →