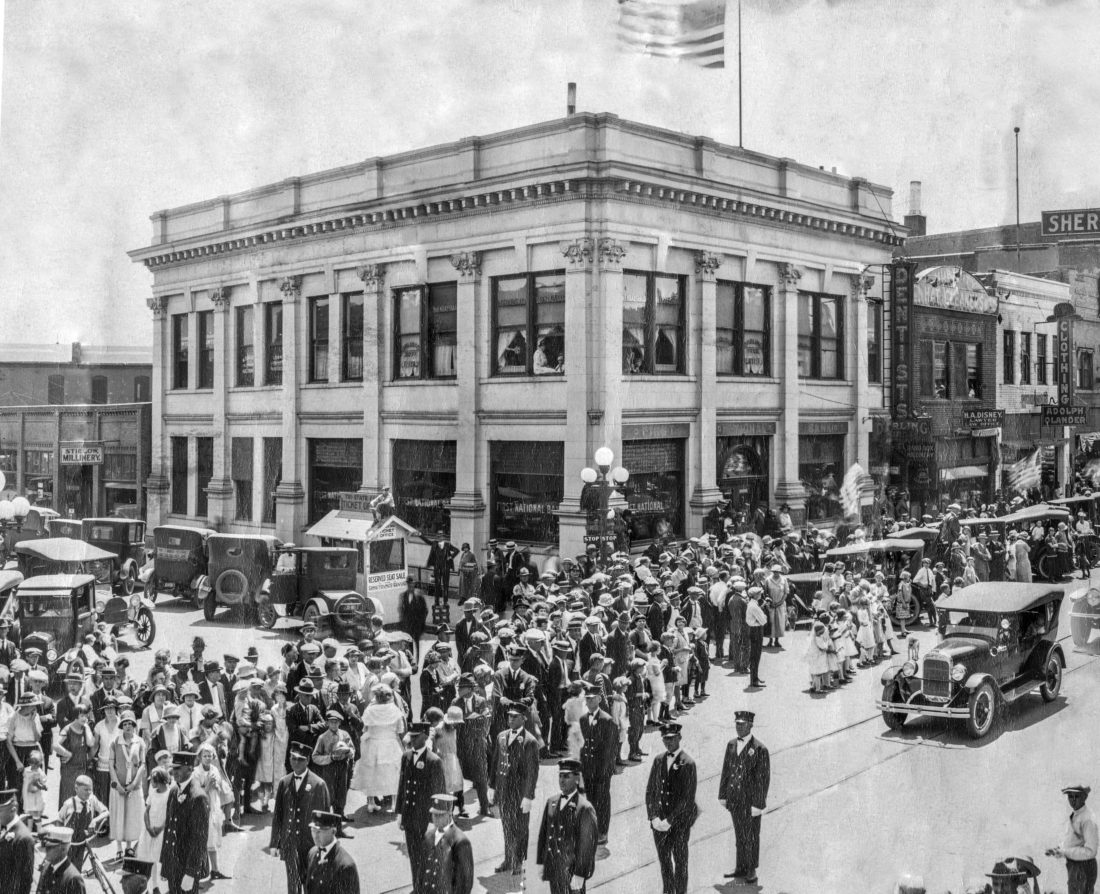 An Aberdeen architect whose work is everywhere. But he isn’t.

I worry that younger generations will disregard people and places from history if information about them is not readily found in a free Google search. In order for something to exist online, someone has to put it there.

For instance, John William Henry is a guy who for whatever reason, came to Aberdeen in 1905, opened an architectural office, and designed a prolific amount of structures that still exist in our world today. His homes and buildings are unique attributes of Aberdeen, and contributed to the city’s quick growth in the early 1900s. But if you search for J.W. Henry on Google, there are zero stories about him. It is possible to find mentions of him on the fee-based specialty sites like Ancestry.com and GenealogyBank.com; however no one has uploaded any material that would shed some light onto his life journey. We only know he was an Aberdeen architect.

Is it critical to know anything further about J.W. Henry? Maybe not. But this lack of content causes two problems. One, future generations may have difficulty researching something beyond a free Google search, and two, what is ultimately found online might not be questioned and perpetually regurgitated, offering no new insight, corrections, or facts because “there’s nowhere else to look” beyond the free search.

Henry’s work is all over Aberdeen and the region. He often designed multiple projects for his clients. One seemed to lead to another. As an example, because of his connection to prominent surgeon and community advocate, Dr. R.D. Alway, Henry designed a home, a medical clinic, and the Aberdeen Country Club. Most of his commercial warehouse buildings are bland and void of extensive ornament, and some of his downtown buildings reflect a simplified, classical style. On the other hand, his homes often reveal a distinct architectural style, such as Prairie, Bungalow, Craftsman, or Classical Revival. Because no one wrote about Henry, there have been no clues left about his architectural philosophies.

I first became aware of J.W. Henry when I purchased the building on the corner of Main Street and 5th Avenue (423 S. Main). The building came with a completely intact set of drawings, not blueprints, of the building. It was built in 1917 as the F.C. Harms Block (a block is a multi-floor building with multiple purposes/uses, like commercial and residential) and featured a fur store and a piano store. I started running into Henry’s name when I expressed interest in other buildings and houses around town that had unique character.

JoAnne Barry, current owner of the Henry-designed Alway House with Dr. Kenneth Boulton, has tracked Henry through Census and ancestry data. She reports the research results were sketchy and sometimes inconsistent. Renee Graff, owner of the Firey House on the corner of Arch and 5th Avenue SE, which Henry remodeled, provided me with a 1912 letter to John Firey from Henry. Henry’s letterhead includes a listing of 31 Aberdeen homes and business buildings and 43 buildings and homes across the Midwest that he had designed up to that point. Late in my research I reached out to the State Historic Preservation Office in Pierre. I was thrilled to learn that they keep a running inventory on many regional architects and did have an extensive file on Henry-designed buildings. He seemed to have worked on nearly every significant commercial project in Aberdeen from downtown to Northern’s campus, and dozens and dozens of houses in between.

An interesting form of research emerged with this project. I posted Henry’s obituary on a Facebook group operated by the magazine American Bungalow asking if anyone in the historic bungalow world had heard of him. Interestingly, people went to work searching for me. One group member found articles in different newspapers than what I had access to. In 1939, Henry was listed as the vice president of the South Dakota Society of Engineers, and in 1946, he resigned from a position on the state board of engineering and architectural examiners. While doing a Google search, I happened upon a fact some 20 pages into the search (who ever clicks past one or two pages of Google results?). It was a text-based website with content from a newspaper called the Bayard Advocate. In a 1914 issue, it states that Aberdeen, SD, architect, J.W. Henry, returned to the town in which he was raised to inspect the high school he designed. So all we can deduce from this is that he was raised in Bayard, Iowa.

Henry is mentioned a lot in Aberdeen newspapers from the time he and his partner arrived in Aberdeen from Wausau, WI, in 1905 to 1935 (discovered using a fee-based online service). After that, the next mention of him is his obituary in 1955. He died in his home in Long Beach, CA, but was brought back to Aberdeen to be buried next to his wife at Riverside Cemetery. According to his tombstone, he was 83 years old, but according to his obituary, he was 72. His wife was a Canadian woman named Margaret McDaniel. They married in St. Mark’s Episcopal Church in Aberdeen on November 8, 1910. She died in 1951. His obituary and Census information affirm the couple maintained a house here on North Lincoln until Margaret passed away.

One of the first mentions of Henry in an Aberdeen newspaper is the church reports. Under the Baptist church, he was listed as having played the clarinet the previous Sunday. We also know he played in golf tournaments, and that his wife was involved in at least one maternal society. This is literally all the personal information I can find.

Lastly, so far in my searches, I haven’t found a photo of John William Henry. Perhaps one will show up someday. If so, I’ll be sure and get it added to the World Wide Web. If you have some old blueprints with J.W. Henry’s name on them, let me know. I’d love to see them and add them to the growing catalog of his work. // – Troy McQuillen

Several people helped me with the research for this story. Thanks to Sarah Swenson and Becky Desens of the Brown County Office of Equalization, Renee Graff, JoAnne Barry, Joe and Linda Van De Rostyne, Chris Nelson at the S.D. State Historical Society, NSU Archivist, Sarah Jones, and the staff at the K.O. Lee Aberdeen Public Library.