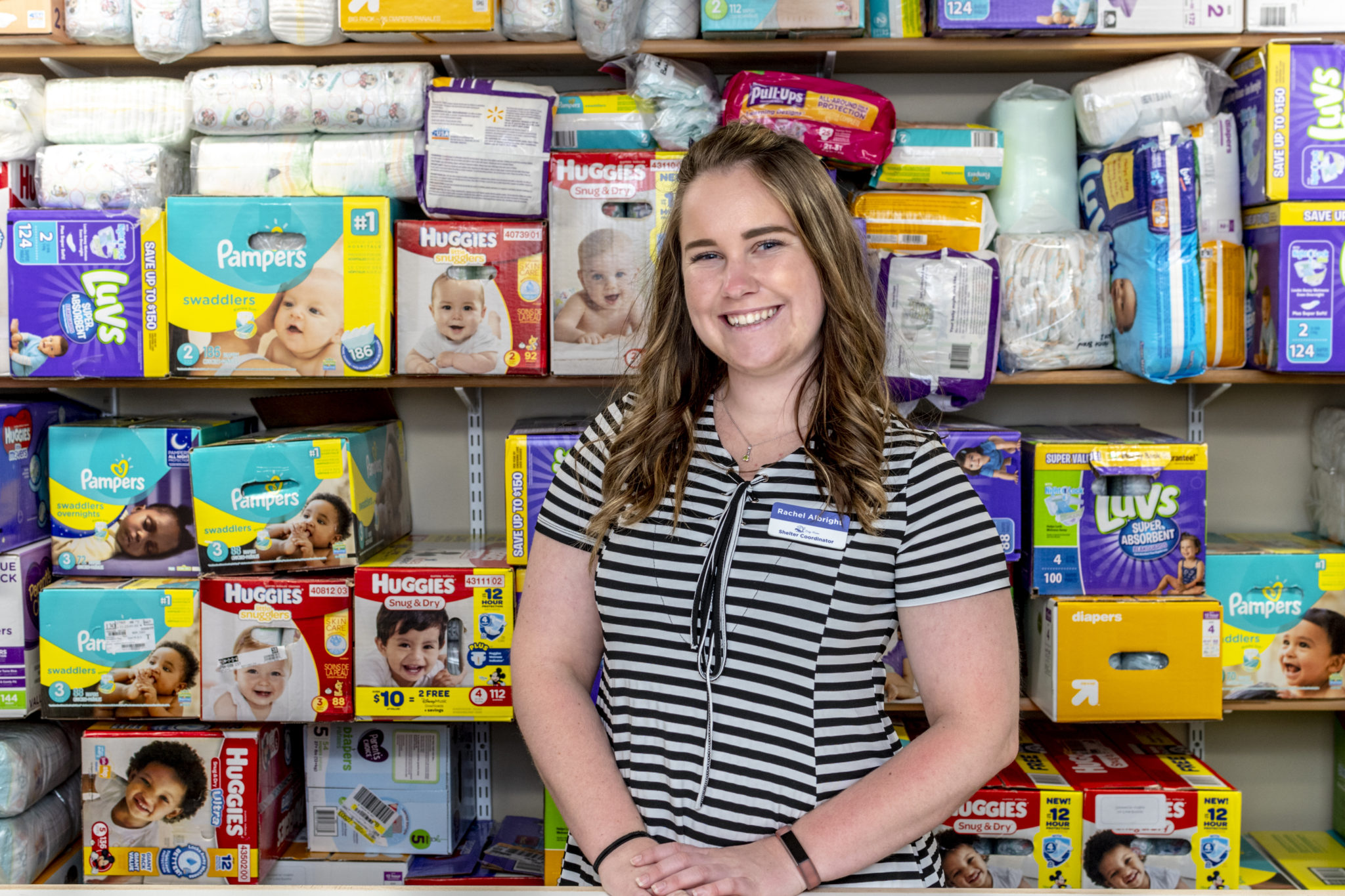 Aberdeen transplant, Rachel Albright, proves that opportunities start within, and can flourish in the Hub City

When you talk to Rachel Albright, you immediately get the sense that she is strong, confident, and determined. Determined to be the best person she can, and also to help others see the best in themselves. As the shelter coordinator for Safe Harbor, she spends her days advocating for shelter clients, and anyone in the community, who needs support to get back on their feet after trauma. The 22-year-old manages the shelter’s daily operations, provides crisis counseling, assists with caseload management, leads awareness projects, and more. “I love seeing people successfully restart their lives after a traumatic event, and being a part of that even if it’s in a small way. It’s vital to see that there are people out there who can overcome so much.”

For anyone who knows Rachel, it’s no surprise that the recent college graduate is in her current position with Safe Harbor. She works hard, and isn’t afraid to go after her goals, whether that means being the kicker on an otherwise all-male football team in high school, recruiting herself to play college softball, or moving thousands of miles away from home to further her education. Until a handful of years ago, Rachel had spent her entire life living in Pasadena, California, a busy city located just northeast of downtown Los Angeles with a combined urban population in the millions. She had to consult a map to know just where Aberdeen was, and got her first glimpse of South Dakota on the drive between the Sioux Falls Airport and NSU’s campus. Her initial impression of the state, with all its “open land, abandoned farms, and dead animals on the side of the road,” was understandably, “What have I gotten myself into?”

Since she was just seven years old, Rachel knew she wanted to play college softball. Her love of sports started at an early age. “Growing up, there was always a ball rolling around in our backyard, or some kind of sports game on TV.” At age six, she started playing soccer every fall. Her mom wanted her to also have a sport to play in the spring, so she decided to give softball a try. The joke in her family today is that it was actually a helmet that convinced Rachel to stay in softball for more than just one season. “On try-out day they gave us these helmets, mine was navy with mini butterflies and sparkles and had my name spray painted on it in this purple, pink, and white tri-layered color. When I brought it home to show my mom and she found out it cost $60 she said, ‘Well now you have to play for two seasons!’”

After her first year of softball though, sparkly helmet or not, Rachel knew that she had definitely found her sport. She started taking pitching lessons, and by her freshman year of high school, was actively looking at softball programs in colleges all over the country. She posted videos on YouTube of her skills, and one of these grabbed the attention of former NSU assistant women’s softball coach, Travis Owen. He emailed Rachel, but she says she was more interested in universities on the East Coast and in the southern part of the country. Eventually, she emailed Travis back, and after he saw her playing in a game in Colorado, he invited her to visit NSU. Despite the culture shock of seeing South Dakota for the first time, she says when she stepped onto NSU’s campus she knew it was the right place for her to be. “I had toured a lot of colleges at that point, and I really liked the community feel around NSU and Aberdeen. The campus was small, but not too small, and even after being here for only 48 hours, I could see how the people rallied around the college and supported the students. It was ultimately the community aspect of Aberdeen that drew me in. I felt welcomed.” 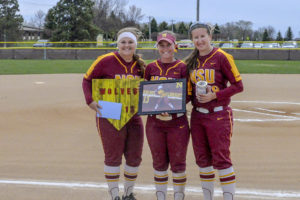 Rachel played for four years on the NSU Women’s Softball Team. During her freshman year, she broke a 29-year-old school record by hitting nine homeruns in one season. She also holds NSU’s career record for RBIs, and is tied with two of her teammates for the record in career homeruns. Along with playing softball, she was on the NSU Student Senate, NSIC Academic Team, and All-Academic Team for softball. In 2017, she graduated with a bachelor’s degree in sociology with an emphasis in criminal justice and human services. This fall, while continuing to work at Safe Harbor, she will start online graduate school classes in human services forensic behavioral health through Concordia St. Paul University. Ultimately, she hopes to someday go into detective work.

Personal experiences her family went through while she was growing up have influenced Rachel’s decision to study social work and human services. She says, “I want to be able to help people who are in similar situations as I was in, so they don’t have to go through the same things I went through.” She also credits her mom, Lynda, and her late-uncle, Robert, for pushing her to believe in her abilities and skills and to not let anything hold her back. “They taught me to see the good in people, and to know that people do need help, and that I can help them.”

Living in Aberdeen has made an impact on Rachel’s life and career. She says she’s thankful for all the work experiences she’s learning at Safe Harbor, and that getting a similar position in a larger city would be much more difficult as an entry-level professional. “People have more confidence in kids right out of college here. This position is a tremendous step on the right path for whatever my career will hold later on.” Moving to a new state without any family and friends nearby was challenging, but she adds that the people she’s met in Aberdeen have welcomed her with open arms, and that has made the adjustment so much easier. “It has been great to be out here the last five years. Aberdeen is another home to me.” // – Jenny Roth