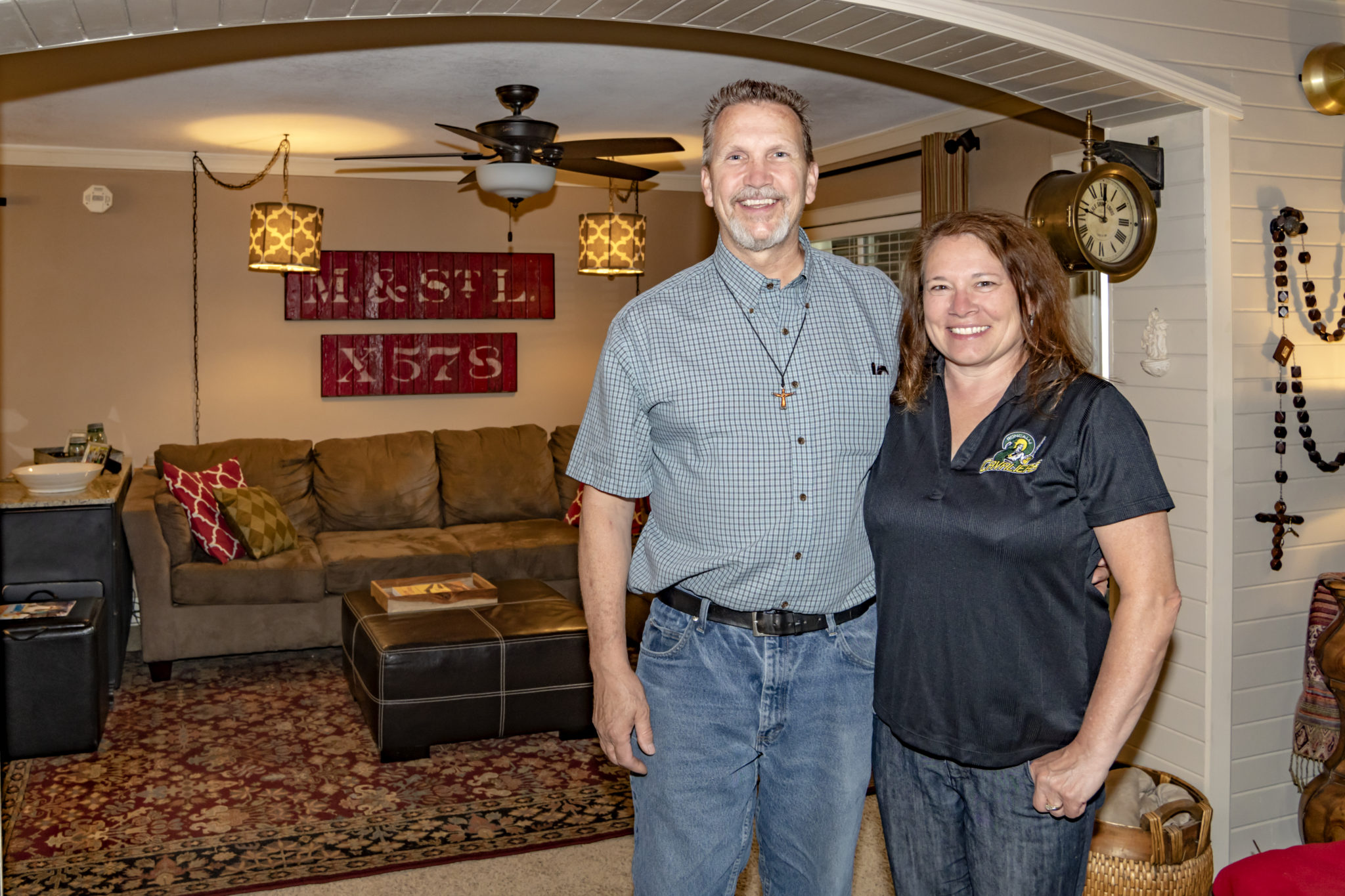 You may have seen images or TV shows about people making modern-day homes from corrugated shipping containers. Aberdeen has an equivalent home, but you’d never know it. And while it isn’t quite a shipping container, it is a 100-year-old boxcar, or freight car, from the railroad.

Imagine cutting a hole in the wall of your living room for a remodel project and discovering “fossils” of an old train boxcar. Many questions would arise for sure. Mark and Cherie Shishnia had heard from one of their neighbors on North Penn Street that there was a “boxcar” inside their house. In fact, the previous owner was worried that future owners would be disappointed to learn this fact. However, the Shishnias were overjoyed at the history, and interior design potential, of having a real-life railroad boxcar as part of their house.

Unfortunately, if you drive by their house thinking you’re going to see a boxcar stuck to the side of the home, you’re mistaken. It is seamlessly integrated. In fact, when they remodeled their home and added an extension, they revealed the end of the boxcar behind the siding. Their home was perfectly fused to the boxcar.

As part of an addition remodel, the Shishnias planned to cut a big hole in an interior wall to open up another room, which they affectionately call a chapel. Mark was surprised at how difficult it was to cut through the wall. Normally one would just cut through drywall or plaster, then slice studs off. The boxcar was not built like that, as you might imagine. There was a steel frame covered on both sides with yellow pine wood “car siding.” The process taxed his tools and destroyed saw blade after saw blade. But eventually he cut through, and when the wall section dropped down, the original color and railroad company markings were revealed on the removed chunk. It was evident that the car belonged to the Minneapolis & St. Louis Railway Company, whose depot building still stands on South Main, restored by CO-OP Architecture.

The Shishnias salvaged as much of the brightly painted red car siding pieces as they could, as well as the sections with lettering, and used them in various aspects of their home. Mark had to restore the lettering a bit to even out the white graphics. These sections are now proudly featured in their living room. The boxcar addition to the home includes their chapel, a bathroom, and the laundry room. An arched ceiling in all three rooms is a reminder of the car’s shape.

According to Mark, the boxcar is nine feet wide by 37 feet long. The wheels were removed, and the car was positioned on a foundation. He states that the earliest use of his property and boxcar may have been a tractor repair shop years ago. The previous owner, Everett Smith, says when he purchased the home in 1960 the box car was already converted into a house. At that time he did some remodeling which included removing sleeping bunks from the boxcar part of the house. Apparently, the railroads switched from wood boxcars to steel versions after WWII and sold off or gave away surplus or unwanted wood cars.

The Shishnias  are very proud to live in a house with a piece of history so connected to Aberdeen’s past. Mark tells nostalgic stories of growing up near the tracks, so the railroads have a definite place in his heart and home. Cherie’s dad worked at the Lux Candle Company in Ipswich. It too, is a boxcar. // – Troy McQuillen