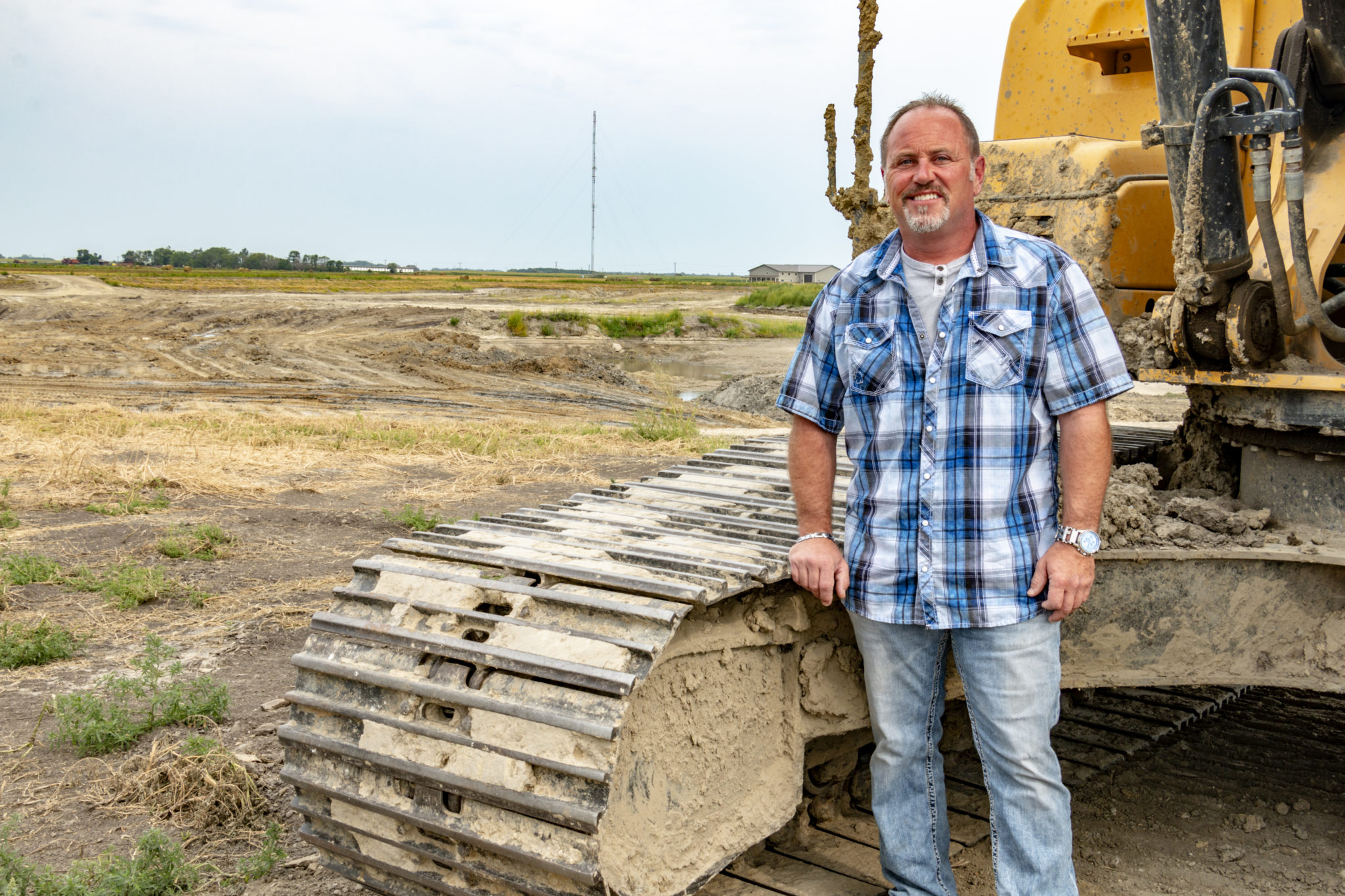 Bath-area farmer, Jarrett Jones, is building a new commercial and housing development in Aberdeen and naming it after South Dakota’s signature bird.

Ringneck Ridge Development is located just west of Rolling Hills next to the Highway 281 bypass. It includes a total of nearly 150 acres, 24 of which are frontage lots devoted to commercial use. As of yet there aren’t confirmed details on the specific types of businesses going in, but Jarrett says when talking to people the thing asked for the most on Aberdeen’s west side is a grocery store.

For housing, Ringneck Ridge has space for about 150 homes, with 55 lots becoming available during the initial building phase. About 18 lots will also be set aside for premier housing on the development’s 14 acre man-made Gooseneck Lake. Right now they are in phase one of the three-phase project, and busy working on the roads and sewer and water systems. Jarrett says, “By fall we’ll be close to where people can start digging basements for winter build, and by spring we’ll have the utilities in and be ready to roll.”

Its location, and some special features throughout, make the development unique. There aren’t a lot of other opportunities on Aberdeen’s west side for new development, and Jarrett adds, “Elevation here is higher than most places, so there’s no floodplains or water issues. There’s also good traffic from the bypass, and the area is still more of a rural setting.” The lots in Ringneck Ridge will be larger in size, and the roads and key points in the development are all named with a hunting and outdoors theme.

This is Jarrett’s first commercial and housing development. Previously, he has put up a campground, built and flipped homes, and taken on other similar endeavors. He also owns a dirtwork company, which is doing a lot of the dirt work for the Ringneck Ridge project. “I like the idea of development and doing something new and different for Aberdeen,” he says. // — Jenny Roth