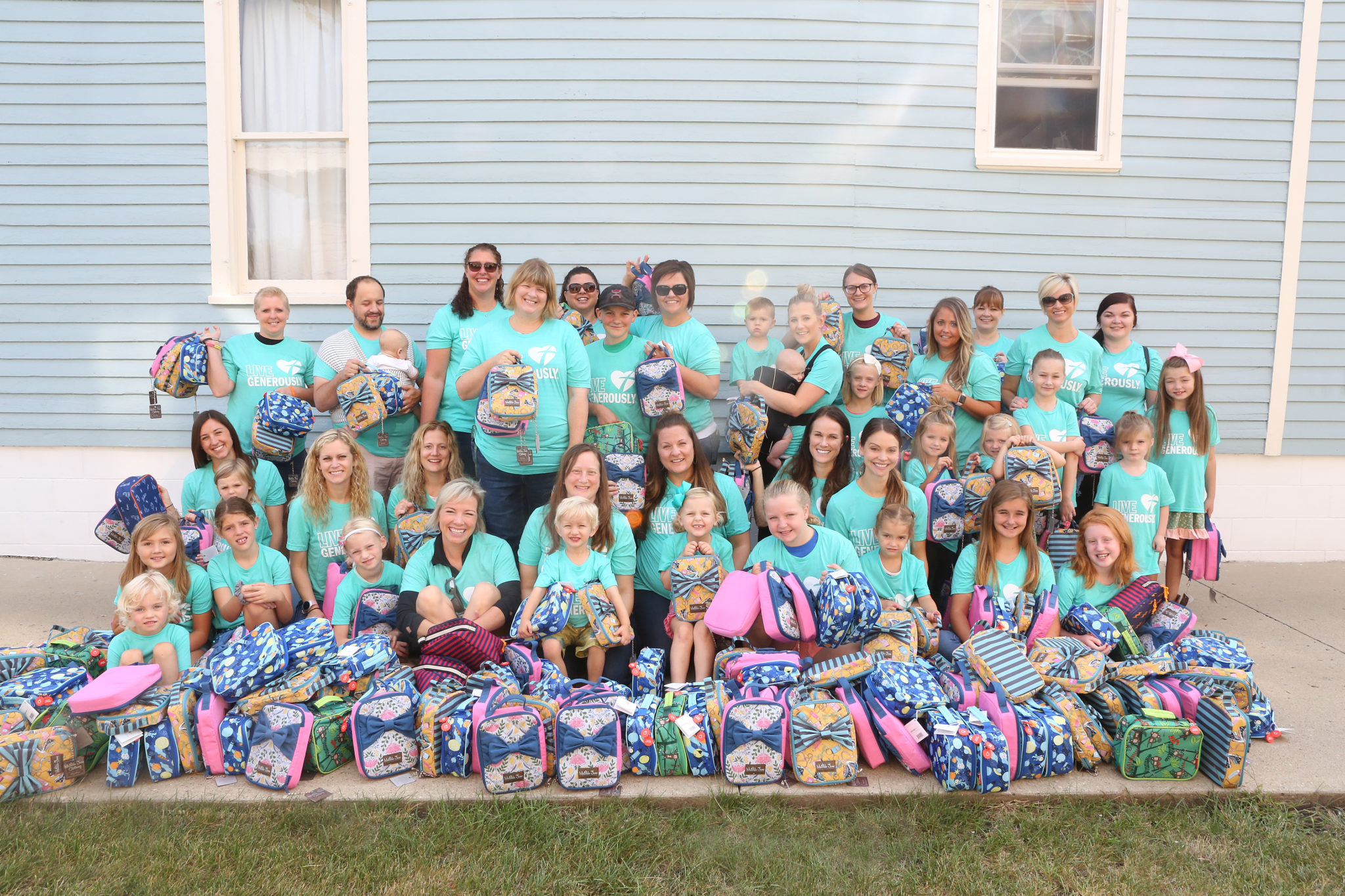 Amber Bergeson and her daughters, Veda and Elsie, are showing that it only takes a small act of kindness to brighten someone else’s day. This year the trio hosted their third annual Veda and Elsie’s Lunchbox Drive, a fundraiser that gives lunchboxes filled with snacks and school supplies to young students in Aberdeen. With the help of over 40 volunteers, they were able to assemble 250 boxes with all kinds of goodies- from crayons and scissors to goldfish crackers and fruit snacks- on a single Saturday in August. After the boxes were compiled, Amber, Veda, and Elsie then delivered them to all the second graders at both Lincoln and Mike Miller Elementary, the Child Protection Team, the Boys and Girls Club, and counselors at other elementary schools to distribute at their discretion.

In 2015, Amber became a trunk keeper for Matilda Jane, a women’s and girl’s clothing company. She saw how much her daughter Veda adored carrying her floral Matilda Jane lunchbox, and it gave her the idea to spread that excitement to other children by giving them “something new, beautiful, and something they could keep.” That fall, she put out a request on Facebook asking sponsors to donate $25 toward a lunchbox that she would fill using the money earned from her commission. Her goal for that first drive was 25 boxes, but they ended up with enough sponsors for 60. The following fall, the fundraiser grew to 160 boxes, and this year was their largest yet. Amber says, “In the future, I’d love to see the project grow enough to give lunchboxes to all second graders city wide. Next year, 300 boxes!” // –Jenny Roth

To sponsor a lunchbox or help with Veda and Elsie’s Lunchbox Drive for 2019, email amberbergeson@matildajaneclothing.com