People
Being the Light
By Jenny Roth | March/April 2019 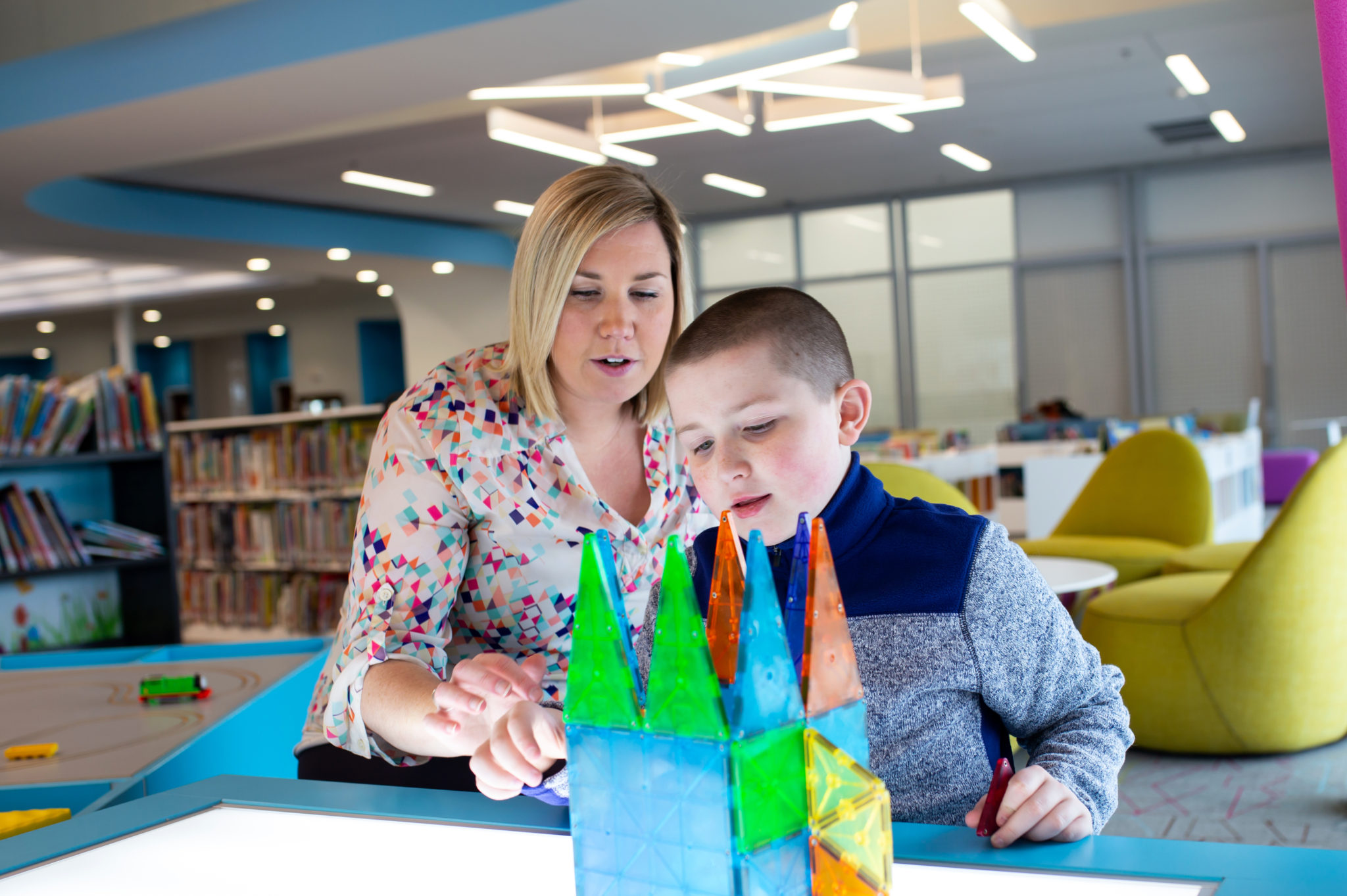 Facing something when it breaks your heart is one thing. Lifting others up in the process is entirely another. The parents leading the Aberdeen Area Autism Spectrum Disorder Parent Support Group do the latter. If you asked them, they would most likely say they are just normal parents, doing their best to take care of their children like everyone else. But the way they advocate for area families, while also navigating their own journeys of raising children with disabilities, shows their true colors of fearlessness and grace.

Krista Bau is the group’s coordinator. She started looking for support in the community after her son Zachary, who was born in 2010, was diagnosed with autism. When she shares the story of hearing her son’s diagnosis for the first time and everything that has happened since, her voice is poised and steady, even during the parts that can bring tears. And she absolutely lights up when talking about her son, his quirks and his victories, and all the small yet significant gains her family has celebrated in recent years. It leaves the impression that she has always been a confident speaker on the subject, yet she wants other parents to know that in reality her son was diagnosed at age two, and it wasn’t until he was nearly four that she was ready to attend a support group meeting for the first time. She says, “In the beginning I’d start to cry at even just saying the word autism. Any parent with a child with a disability will tell you there’s a kind of grieving process that happens when your child is first diagnosed. It took me quite a while to figure out what it all meant.”

Last year the CDC determined that one in every 59 children is diagnosed with an autism spectrum disorder. Still, it can be difficult to find local resources and others who are walking a similar path. When Krista did begin reaching out to other parents, the Aberdeen Area ASD Parent Support Group was just getting underway. She says without a doubt spending time with other families has helped to ease her feelings of isolation. “You do feel alone even though you know there are so many parents out there going through the same things. Once I found that there was this support group, it was like I’d found a friend that understood.” Krista has since stepped into a leadership role with the Aberdeen Area ASD Parent Support Group. It isn’t something she expected to take on, but it falls in place with her desire to learn all that she can about ASD and to share that knowledge generously with other parents. About this consistent pursuit to both understand and give back, she says, “I knew that if I was in a good place at some point then I could help other people too.”

Krista dedicates much of her time to collecting information, connecting with state and local agencies that serve individuals with disabilities, and helping parents facing new diagnosis feel like they have a welcoming place they can turn to. She has also aligned herself professionally with groups that support people with disabilities. Just recently, in addition to working at her full-time job with NSU’s TRIO Student Support Services, she joined the board at South Dakota Parent Connection, co-taught a class for special education students at NSU, and obtained her master’s degree in special education. She says, “I want to know more information and to be educated, and to use that to assist someone else if I can.” Another important reason why she has begun to share her story and advocate more is to be a voice for all the ways a disability diagnosis can affect the entire family. “Before joining this support group I was so focused on getting my son help that I forgot to think about myself, my marriage, my next child. Not only does the child with a disability have their own challenges, but so do the siblings, parents, and grandparents. It changes family dynamics and your day-to-day life.”

Currently the Aberdeen Area ASD Parent Support Group meets the first Wednesday of the month at the Millstone Family Restaurant. These meetings are a chance for parents to talk about both the good times and the struggles. Krista says, “We do visit about our bad days and problem solve together. But there’s also a uniqueness about our kids that really makes us smile, and we share about that part of it too.” More than being a listening ear, the group is focused on pointing families in the right direction and getting them in touch with professionals who can guide them further. Krista explains, “We’re here to support parents and give them the resources they need, so we take the talking with them a little bit further by also asking, ‘How can we help you?’” Along with meetings, the group organizes quarterly outings that give children, parents, and siblings the chance to get out and about together. Krista says, “It can be so hard to do things like go to a restaurant or to a store to run a simple errand in some instances. The outings are a way for us to do some of those normal things and be a part of our community.” So far, they’ve been able to bowl, skate at Skateaway, visit Storybook Land, and have their own day at Aberdeen’s annual pumpkin patch for kids.

April 2 is World Autism Awareness Day. In a demonstration of acceptance and understanding for those living with autism, on this day people across the globe wear something blue, and major landmarks switch their lighting to the same color, in a campaign to “Light It Up Blue.” Even if you do not have a child with autism in your life, there are ways you can show up for families who do on World Autism Awareness Day and every day. Krista says, “Sometimes I think of autism as an invisible disability because there’s no physical indicators, so when my son acts differently in public people don’t expect that and it can throw them off. I think it’s as easy as seeing someone who is having a hard time with their child in public and giving them that look that says, ‘You’re doing a good job Mom, it’s OK, I understand.’” She adds, “And it helps by being kind to everybody, even when they’re not struggling. The more kindness we can give—not just to people with disabilities but in general, all the time—the less daunting it would be to get a diagnosis like autism.” // –Jenny Roth