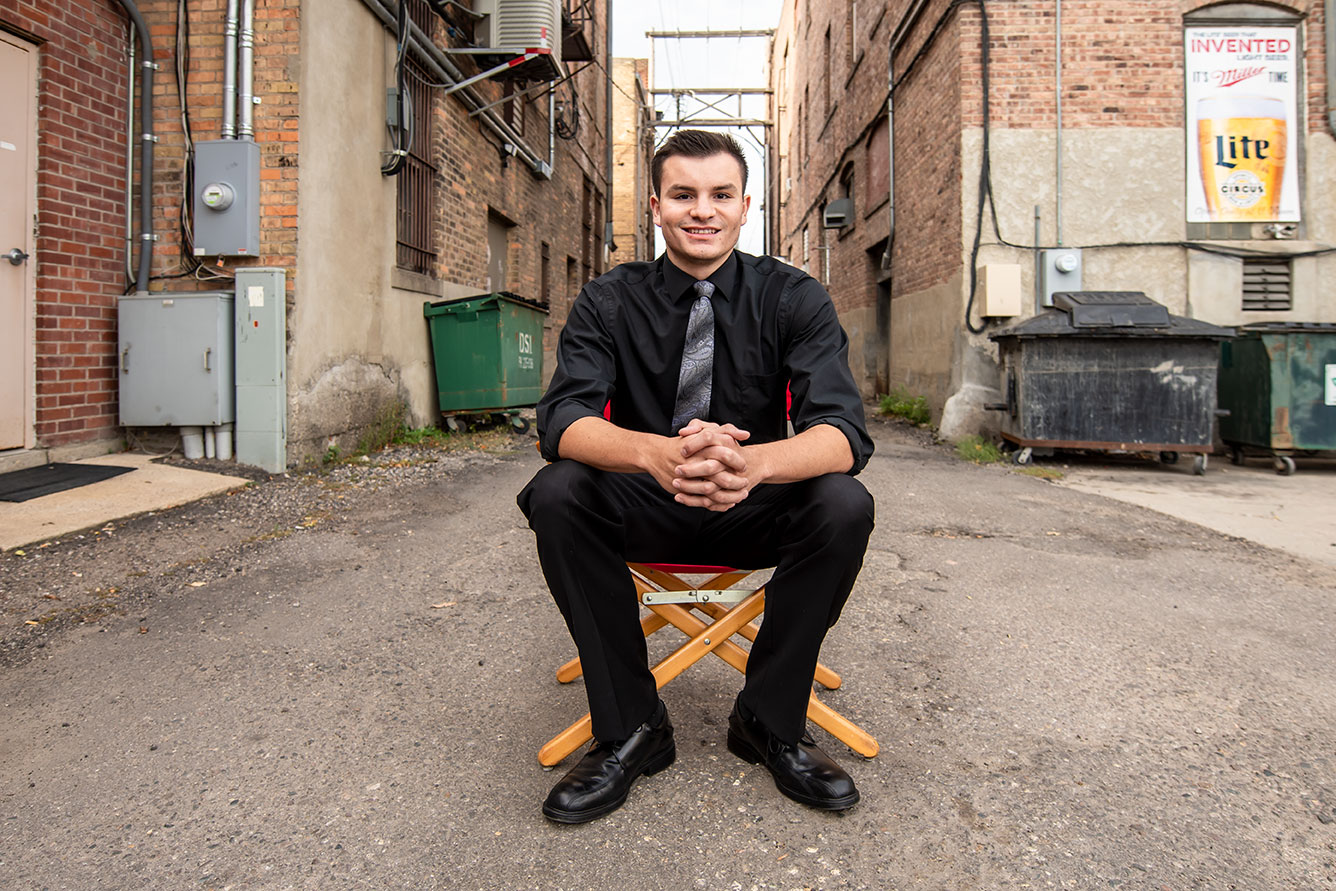 Brandon Lunzman launches his film career in his hometown.

“By the time high school was ending, I had experienced more than most teenagers would ever like to admit,” declares Leighton Harper, the protagonist in Tales of an American Hoodrat. These words are powerful, because although Leighton is a fictional character, his story is inspired by true events.

Aberdeen native Brandon Lunzman wrote, directed, and played Leighton in his debut feature film. Hoodrat follows the lives of four teenagers who don’t always play by the rules, and who often take advantage of the people closest to them. But there are reasons to root for these kids that at first don’t meet the eye. Lunzman explains, “The deeper you dive into these characters’ lives, the more you see how their family situations aren’t always the best, and that they are constantly at war with themselves more than anything else.” Lunzman took circumstances he saw others going through while growing up and put them together into one story. He continues, “Anytime I see someone who is in a bad situation, or who doesn’t seem to have the best moral compass, I want to know what’s really going on with them. This type of struggle is what the film’s really about.”

Hoodrat explores this complex topic with humor, emotion, and authenticity. To date, it has won Best Feature Film at the South Dakota Film Festival and Best First Feature Film at Cinemafest in New York. Lunzman says the recognition the film has garnered so far is beyond anything he could have hoped for. “I really just had a story to tell and a love for making film. I’m more grateful to have been able to complete this than anything.” As a kid, Lunzman collected DVDs and VHS tapes, and after doing a few video projects in high school, he realized he wanted to pursue film not just as a hobby, but as a career. He knew it would require getting out of his comfort zone, and he had the support of his loved ones to go for it. “My family has always really encouraged me, they’ve never said, ‘Maybe you should do something else or do something more realistic,’” he says.

Lunzman’s leap of faith really came when he was awarded a scholarship to Full Sail University in Orlando, Florida, a top-ranking entertainment and media school. He studied there for just over two years, writing short films, helping a peer with a feature film, and acting. After graduating in 2017, he wrote Hoodrat and brought it back to his hometown. He says there were several advantages to filming the movie in Aberdeen. One he is most proud of is the pool of local talent. “I figured if I was that lonely kid in high school who loved film, that there had to be other people here who wanted to do this too and who wanted more platforms to show their talents,” he says. His cast is filled with actors of all ages from the Aberdeen area, including high school students. Even the movie’s soundtrack is made up of songs by South Dakota musicians. As far as finding set locations, Lunzman says that almost everyone he asked was happy to help. They shot scenes at several homes and businesses, including Thatzza Pizza, Scotty’s, Riverside Cemetery, Schriver’s Memorial, CK’s Express, Richmond Lake Disc Golf Course, Ipswich School, and the Edmunds County Courthouse. His parents allowed their house to be turned into a film set, and his mom, MJ Lunzman, took on the role of the film’s producer, a position that required her to wear many different hats on any given day. “Without her help, I never could have done this,” Lunzman says.

Once production wrapped up in August 2018, Lunzman spent the next nine months editing and then finally sending Hoodrat to film festivals. Now that it is out in the world, and the nerves of making his first feature are behind him, he says he is looking forward to what comes next. “I have other projects in mind and definitely want to keep making movies, and I would love to continue filming in Aberdeen.”